“BACK ONSIDE IS A WONDERFUL CHARITY” 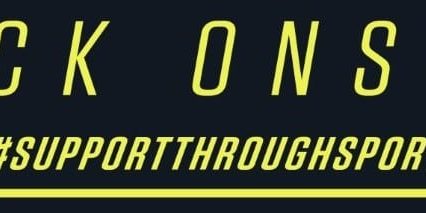 We spoke to Team Manager, Phil McGuire and General Manager Mark Johnson about the clubs involvement with Back Onside and Jamie Winter’s appointment as an Ambassador for the mental health charity.

“Back Onside is a wonderful charity and mental health is something I am very passionate about and have been pushing for a long time. Working within the senior game you experience a lot and see a lot but never hear what the inner voice cries out at times. I have seen a lot of things in my time with Senior Pros Juniors and with those starting out in their careers with a multitude of mental health problems that as men we never discuss due to a taboo effect that seemingly surrounds us. I have worked hard with our General Manager, Mark Johnson over the last few years to assist anyway we can, to look at providing and helping, if only to make a small difference to one person.”

“When we teamed up with Back Onside Jamie Winter got it and understood why we were doing it, he made small gesture in donating a small amount for every win we got in the league. That in itself will make a massive difference in so many ways that money could never buy, giving hope for all men out there. That triggered more players and fans getting involved and donating to the cause through the powers of social media, an everyday way of life within today’s society. Ironically, at times Social Media is the devil and part of the negativity within a person’s mental state, however, if it is utilised the correct way then together it really can help spread the message that it is ok to speak and by speaking, we can destroy that taboo effect together and make a difference to those that really need it.”

“I spoke with Jamie on Saturday night, he was extremely proud and speechless to be an ambassador or Back Onside, as a club we are delighted and equally proud to have Jamie as one of the faces of the campaign to promote and reach those who seek that help and guidance and help to make a difference and with that thoughtful tweet he has already helped more people than he may ever know.”

General Manager Mark Johnson added “Phil and I have been working towards Mental Health within football getting more recognition and getting the support where it is needed. I can’t speak too highly of the work that Libby and Back Onside are doing, every hour of every day. It is a great honour for us as a club that Libby asked Jamie to be an Ambassador but also deserved because when I first mentioned the charity, after seeing the work they had started with Fauldhouse United, Jamie was their at the front wanting to help and his gesture started something of a tidal wave of support from not only Junior clubs in the area but Senior clubs and academies. This however, is just the start and we will be doing plenty more to support Back Onside and raise the awareness that Mental Health in sport needs.”