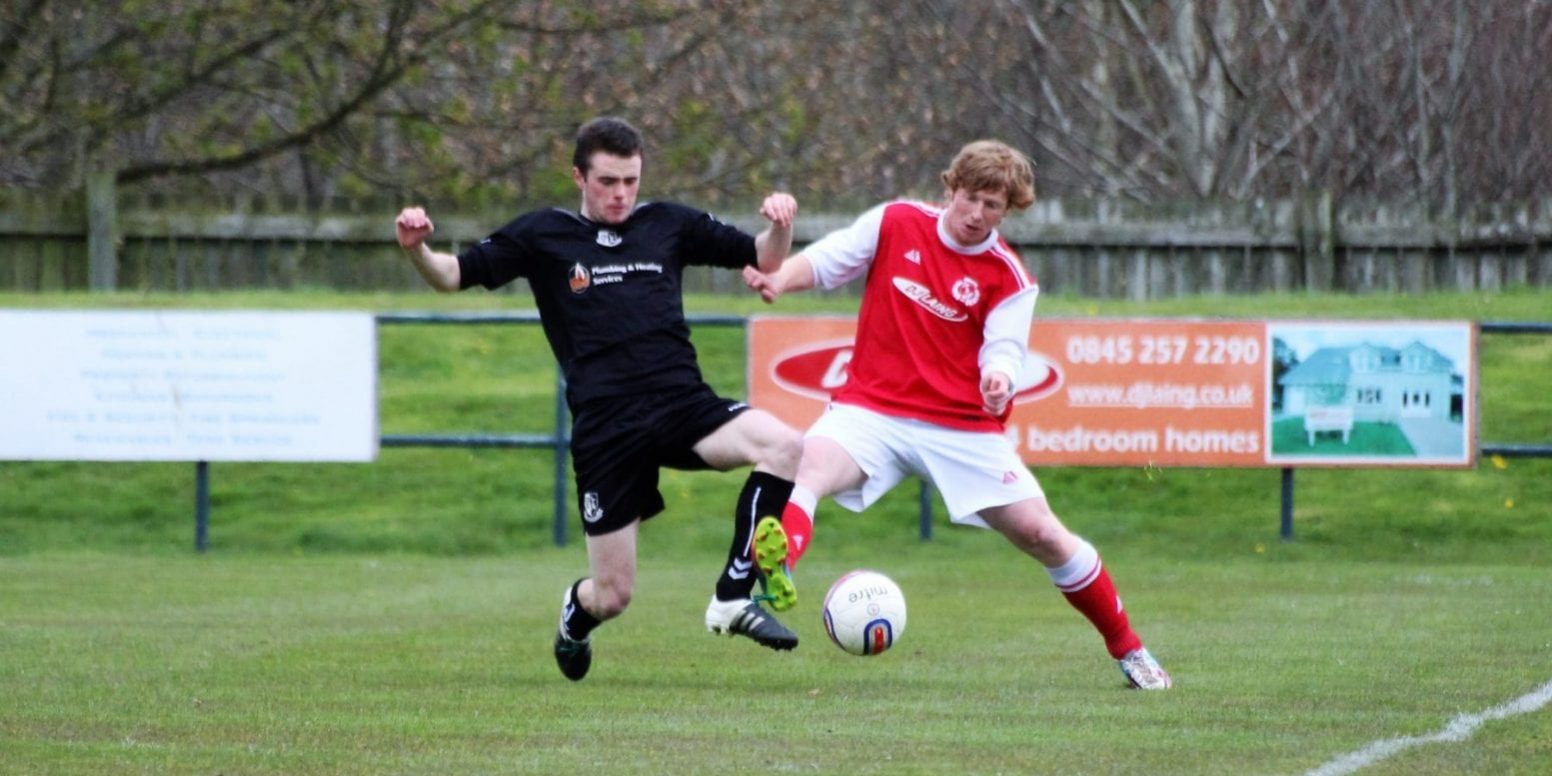 It was very much a case of after the Lord Mayors show at Laing Park on Saturday afternoon, as Carnoustie followed up Wednesday night impressive 4-0 victory at Tayport with a cold, lacklustre performance against basement club Fauldhouse United.

Manager Alan McSkimming had opted to keep with the same side with just one change on the bench with Ewan Buggins replacing John Roberts.

Neither side started that well with the ball taking a pounding in the battle for midfield dominance. Eventually it was the visitors who had the first chance after 7 minutes with Jordan Love firing over the bar. Carnoustie responded and were awarded a free kick a minute later when Mike McIlravey was dumped to the ground. McGeehans kick found Marc Scott but his effort was clocked by a visitors boot. Carnosuties chances took a significant hit when Scott went down clutching a hamstring and had to be replaced by Sam Simpson. On the quarter hour mark, a good Carnoustie move resulted in a poor Simpson effort at the keeper. A game that had no real pattern was brought to life on 23 minutes when a Steven Cook, goal bound thunderbolt took a deflection for a corner. Fauldhouse responded and Jordan Love went on a mazy run only to put a weak shot in to Macpherson’s arms with players in a better position to score. Fauldhouse took a deserved lead on 37 minutes, Danny Millar who has been excellent at the heart of The Gowfers defence, mistimed a tackle on Mark Wilkins, the visitors forward went down, if a little theatrically and the referee had no hesitation in pointing to the spot. United Captain Michael Browne stepped up, sent Macpherson the wrong way and put the visitors in front. ( had a chance to double the lead on 42 minutes but fired well wide of the goal. Right on half time, McCabe put a shot wide of goal after Simpson had done well on the left.

Carnoustie started the second half with a bit more urgency. A Simpson corner was flicked just wide of the far post and a great McIlravey cross was turned behind by Fallon. United keeper, Murphy, was lucky to get away with a wayward punch from the corner as the balled skewed off his fist and inches over the bar. The Gowfers task was made all the harder when Luke McGeehan received his second yellow card of the afternoon and was sent off. Fauldhouse took full advantage of the reduction in opponents and began to dominate the game. It was no surprise when they went further in front on 75 minutes. An initial shot by substitute Bonnes was parried by Macpherson but only as far as Love who tapped the ball home. The visitors were content to sit on what they had and hit Carnoustie on the break. It was one of these breaks in the second minute of added time that saw Robertson race clear of the home defence and slide the ball past Macpherson and in to the net to complete a 3-0 victory.

A bad day at the office for Panmure as everything that could go wrong did go wrong. As it stands Carnoustie are still a couple of victories away from safety with a tricky trip to Musselburgh to come at the weekend. Before then however, Alan McSkimmings side have to dust themselves down ready for the short trip to Thomson Park for Wednesday nights GA Engineering Cup Semi Final against Lochee United k.o 6.45pm