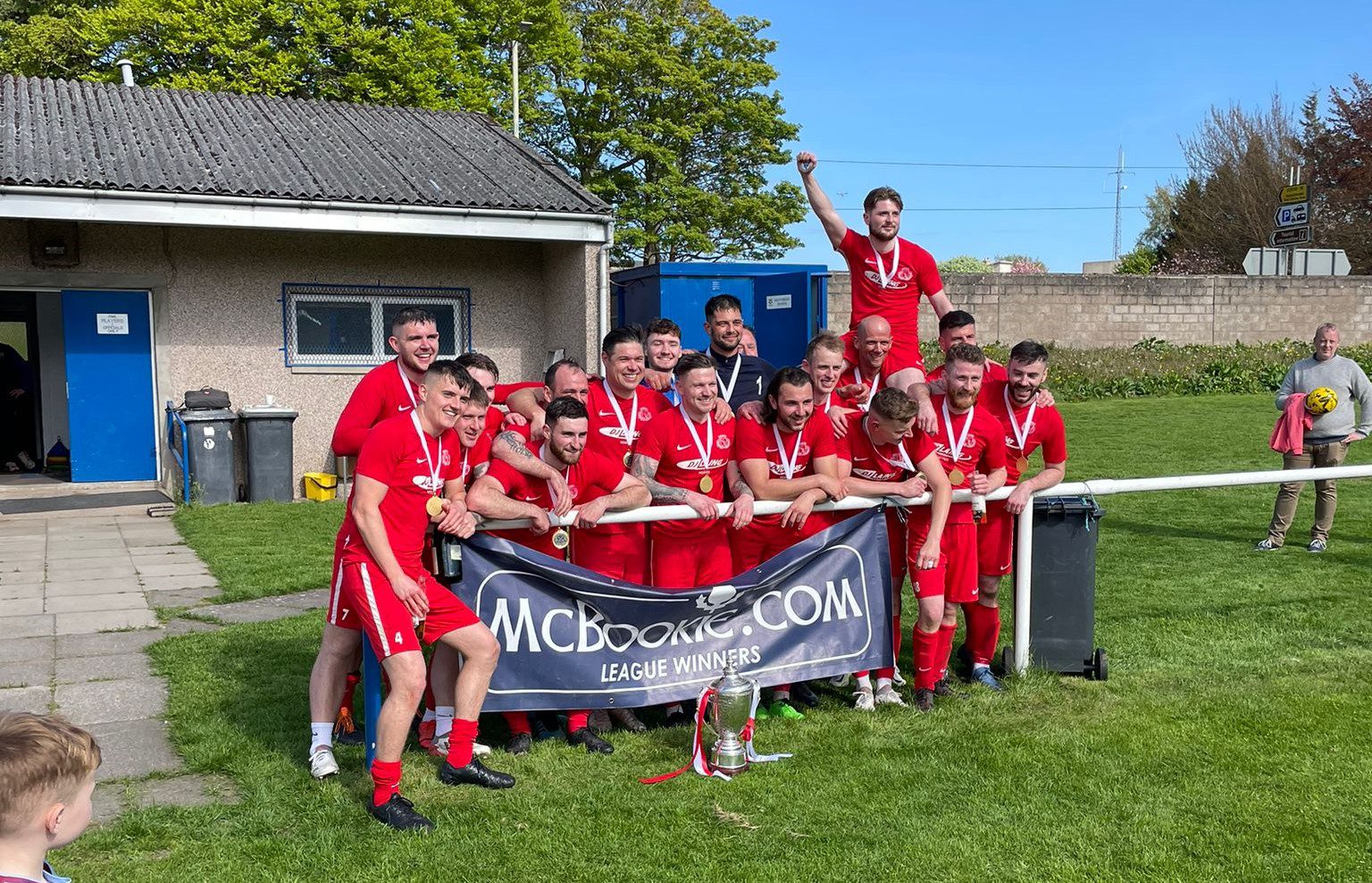 Believe it or not, our squad are back in training ready for the start of the 2022/23 season on July 23rd and our target is to retain the title, enjoy our participation in the Scottish Cup, and as always, to be competitive.

Winning the Midlands League was the culmination of four years of work and thanks to Covid it was a year later than planned, but the feelings felt at Strathmore Park when Nathan Clac-Mansfield blew the final whistle were up there with the best I have felt in nearly 50 years of watching football.

When I joined Carnoustie 6 ½ years ago the talk was still about the Scottish Junior Cup win back in 2004 and I wanted to add to that win with more silverware, winning the G A Engineering Cup at Tannadice was the start, but winning the Midland League was exactly where we were aiming when Phil came to the club but we now want more.

This season has seen us start to put plans in place to develop Laing Park and these plans continue at pace, now we are part of the SFA Pyramid, we can now progress upwards but to do that we need to be holders of an SFA Licence and to do that, a covered enclosure and floodlights are the two major requirements along with a raft of minor improvements. I am delighted to say that we have made significant progress on these projects over the last few months and will be progressing them over the next 12 months and our target is to be licenced by the end of the 2023/24 season.

Moving on to the playing squad, I want to thank every player that has played a part in our title win, every single player gave their all for the cause, playing through injury, changing work shifts and putting football ahead of important aspects of their lives away from Carnoustie Panmure FC.

There comes a time at every club when popular players move on and that is the case for us with Connor Coupe and Steven McPhee leaving the club. Both players were offered new deals by the club, but we couldn’t get close to what was on offer elsewhere. We have a budget that we work too and will continue to do so to protect the long-term sustainability of the football club.

As players leave, others come in and once their contracts have expired with their clubs and registrations passed by the SFA they will be announced but out of respect to their current clubs we won’t announce them until that time, sadly that is not always the case with other clubs.

We will be holding an open training session followed by a chance to see the Midlands League Trophy and get a photograph with it on Saturday June 25th at Laing Park, the start time has still to be confirmed.

Finally, I want to thank all of our sponsors, advertisers and supporters for their backing during last season and look forward to meeting up again when we begin our pre-season fixtures, we will be announcing the programme soon.

PrevPreviousCHAMPIONS !!!
NextSEASON TICKETS 2022/2023Next
NEXT MATCH
LAST MATCH
NEXT MATCH