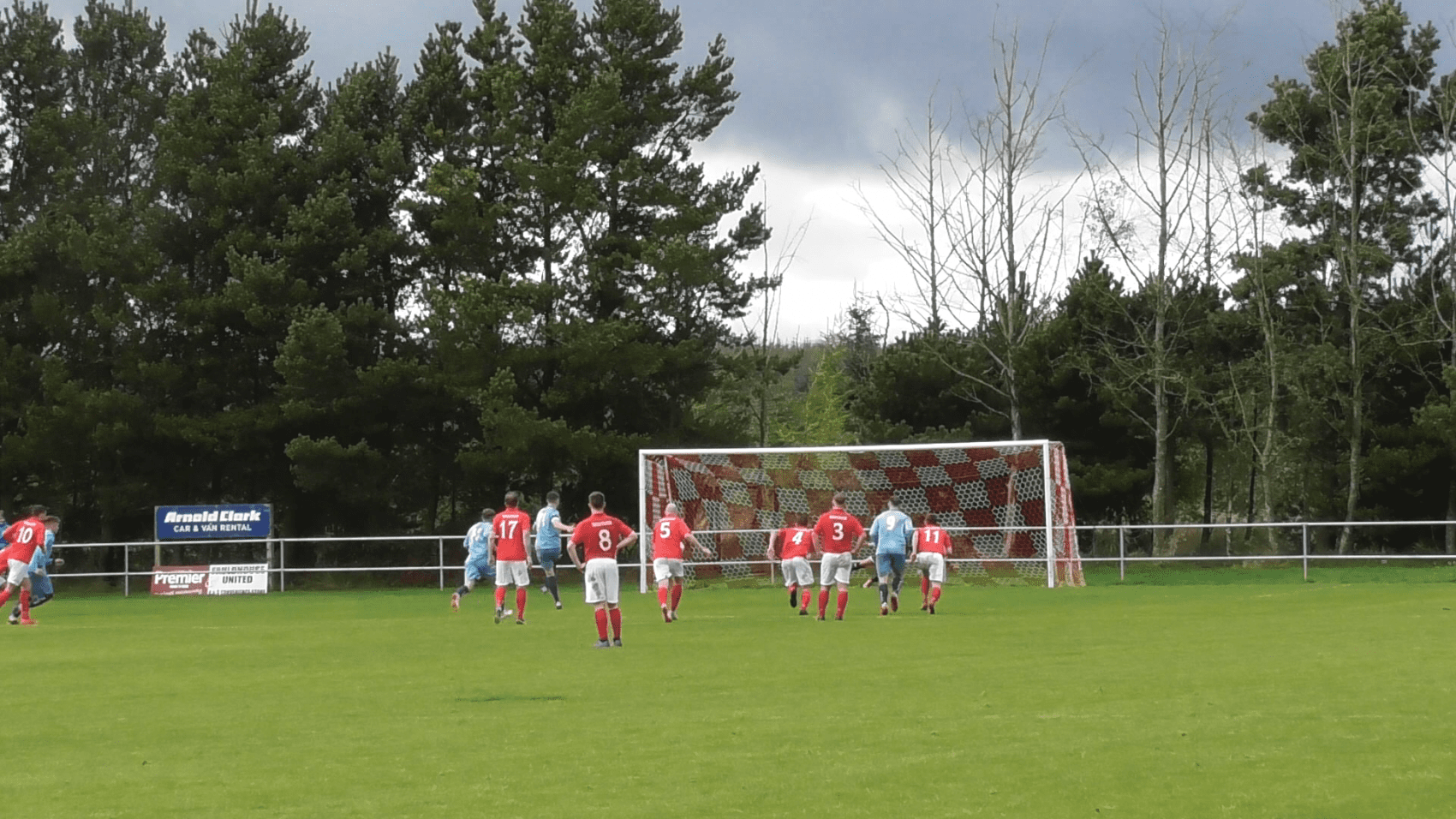 Carnoustie went out of the Macron Scottish Junior Cup in the Second Round, losing 2-1 in the Back Onside Derby against Fauldhouse United at Park View.

Carnoustie started brightly enough on a tricky surface that had soaked up a lot of rain over the previous 48 hours and had the first shot of the game after eight minutes when Ryan Dignan shot wide. The home side took the lead on 18 minutes against the run of play, a poor clearance by Jamie Robbie was picked up by David O’Donnell who drove in to the box before shooting across the keeper in to the far corner. The Gowfers continued to have the larger amount of possession but couldn’t find the killer pass in the final third and were restricted to shots from distance.

However, the scores were level within two minutes of the restart, Dignan seized on a great ball from the back and as he marauded forward Matthew Craig in the Fauldhouse goal brought him down and the match referee pointed straight to the spot. Sam Simpson stepped up and like his double at Kirrie last week, made no mistake, sending Craig the wrong way. There was a nasty clash of heads on the hour mark between Aaron Connolly and Harvey Dailly that resulted in the Fauldhouse man being shown a yellow card then on 80 minutes Brian Clark was barged over in the box but instead of pointing to the spot for a second Carnoustie penalty, the referee showed Clark a yellow card for simulation. To make things worse the home side took the lead in a move that started with the free kick, Craig cleared the ball forward and it wasn’t dealt with by the Carnoustie defence. The ball fell to substitute Robbie McCafferty who marked his debut for United with the winner, with a shot from just inside the box.

A disappointing end to a game that Carnoustie dominated for long periods but good luck to Fauldhouse in the Third Round.