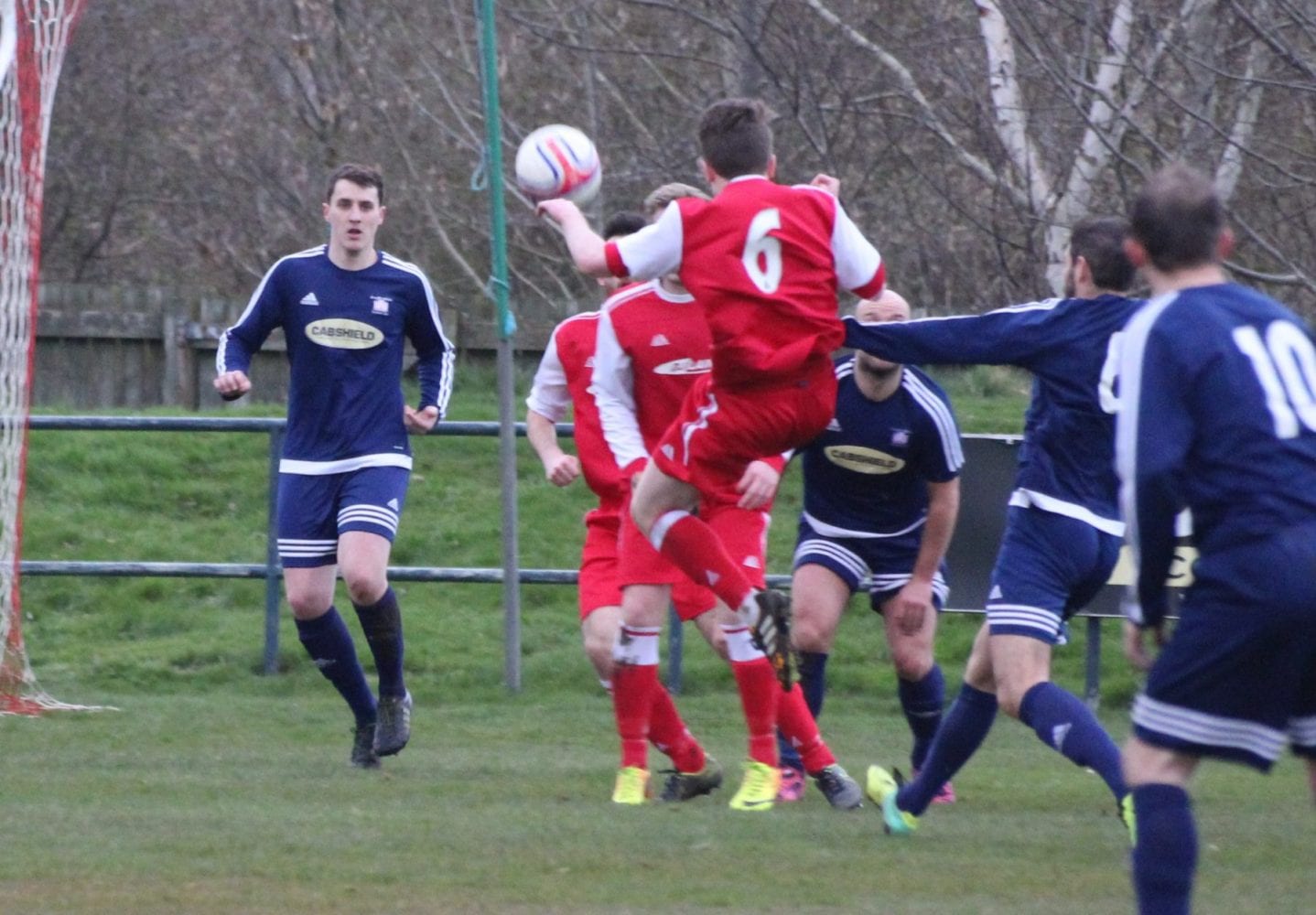 When you are met with comments from the opposing team of ” How did you not win that game tonight” you know that it has not been your night.

Despite have the majority of play and several gilt edged chances, Carnoustie went down 1-0 at home to local rivals Broughty Athletic last night at Laing Park.

The winning goal came on the half hour against the run of play, Kevin Buchan seized on a through ball from Brian Clark and despite claims for offside, he was allowed to go on and slip the ball past Chris Macpherson and in to the back of the net.

The second half saw Carnoustie in the ascendency, creating several chances as they looked for at least an equaliser but it didn’t come and they slipped to defeat.

“To dominate the game as much as we did and not convert a single opportunity is criminal.
I thought apart from the score line we were excellent, we played the game in the right way and should have won the game by some distance with the amount of good chances we created particularly in the second half.
We limited Broughty to minimal chances throughout the 90 minutes however if you don’t take your chances you can’t complain come 90 minutes”

In the nights other game in the Super League, St Andrews United notched a vital 1-0 victory over Tayport, a result which lifts the Fife side above Carnoustie although we do have six games in hand.

Be rest assured nobody at Laing Park is under any illusion about what lies ahead and Super League survival is the priority. Making changes in the right direction off the park lose their effectiveness outside of the top division and that is where Carnoustie should be.

We go again at Sauchie at the weekend, so lets get behind the boys and bring three points back north on Saturday.