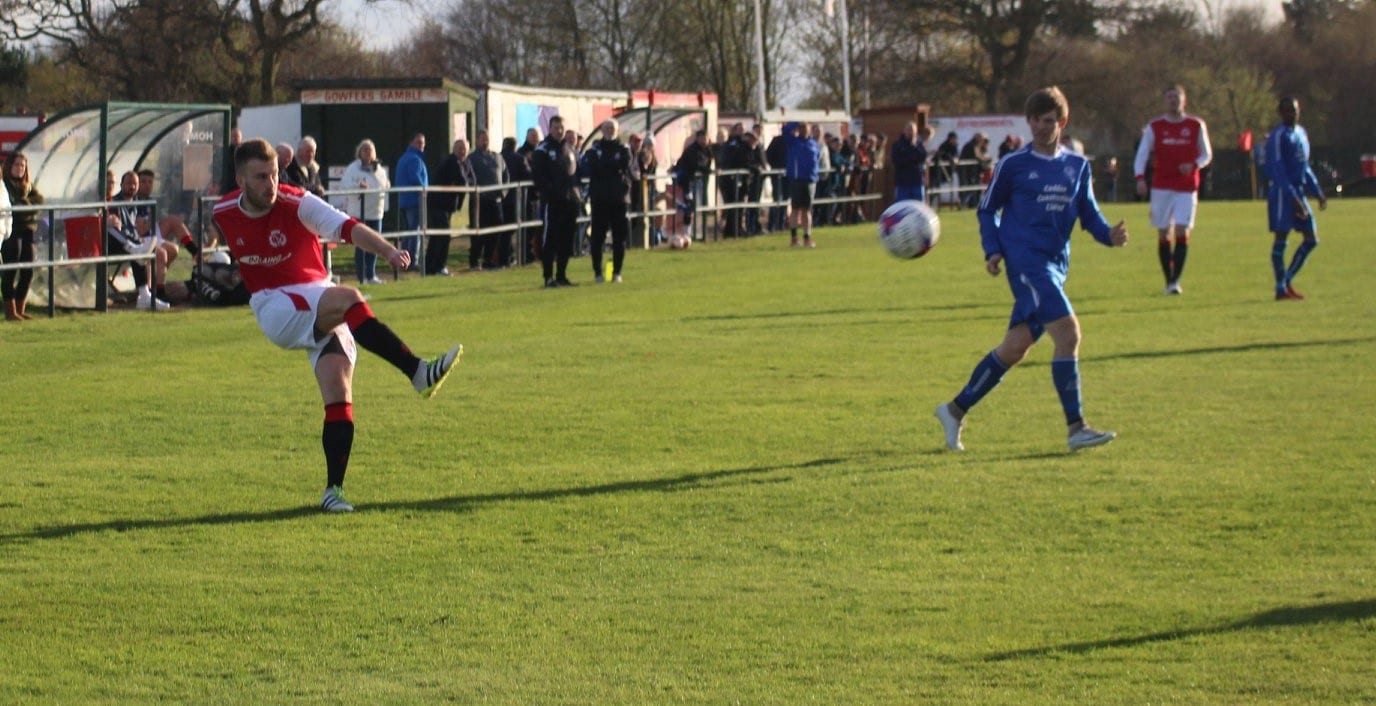 A few weeks ago, we had a catch up with Robert Urquhart and statements like “a Gowfers legend”, “a wizard on the ball” and “a player above all others” are all statements associated with Robert, although they all came from him and not his team mates ! Now working in the Bahamas, he hasn’t changed any.

Hi Robert, we are in the middle of a typical Scottish January on the East Coast, weather wise and with you nearly 3500 miles away, what’s the weather like ?

I can only imagine the weather back home, as usual the suns out today but it’s still pretty chilly, only about 20 degrees centigrade or 68 fahrenheit. Yesterday was the same, I was playing golf with a jacket and wooly hat on… Very chilly 😉

You left the Gowfers a couple of years ago now, first off, why and secondly, what have you been up to?

Two years ago, time flies doesn’t it! I can’t believe it’s been two years since I’ve seen Sam Simpson cry because someone didn’t pass the ball to him ha ha., but yeah I left because Skimm told me I was too good and it wasn’t fair on the rest of the boys and the other teams in the league!

Seriously though, I moved to Bermuda for work which has been absolutely class, I’ve just agreed to another two years here so plenty more boat parties and shenanigans to come before I return home.

Your house parties were legendary before you left, with the furniture finding itself in the garden etc, do you miss that?

Yes, those were good times. Not a lot of people know I had to get the doors made wider so Bailey could fit his head through them. Tthe furniture outside was a funny one, It was an End of Season BBQ at mine, I went upstairs for a shower and to change for the evening and Ziggy had managed to get all the furniture in the garden, Two sofas, a TV and  coffee table! I must have left the room for no more than five minutes!

In fairness to Ziggy, he is from Adler so he’s used to having the sofa in the front garden !

Now you are across the water, surely it’s time for few stories about your team mates

Hahahahaha there are sooooooo many stories to tell, (there will be a few boys getting  twitchy reading this question) but the majority of those are not for social media…

I will always remember the first time I properly met a certain player (he knows who he is), It was that End of Season BBQ, he was joining the next season so came round to meet the boys, Ziggy was helping me put the furniture back in when we looked into the living room and this player was almost starkers but from a pair of women’s underwear. Just prancing round the house!

Another nudity one, I got home the next day after a party at mine, pull up, the front door is wide open so I’m expecting the worst, Thankfully Pat had just forgot to close the door. I go up stairs to have a chat with him and talk about the night then decided we would go downstairs to make breakfast. Little did I know under the covers starkers, he whips the covers off, walks downstairs and starts to make breakfast. At this point i’m not even surprised!

The rest of Bob’s stories were definitely not for social media that’s for sure !

Thanks to Robert for taking the time out from his hectic schedule of golf, boat trips and beach parties to do the interview