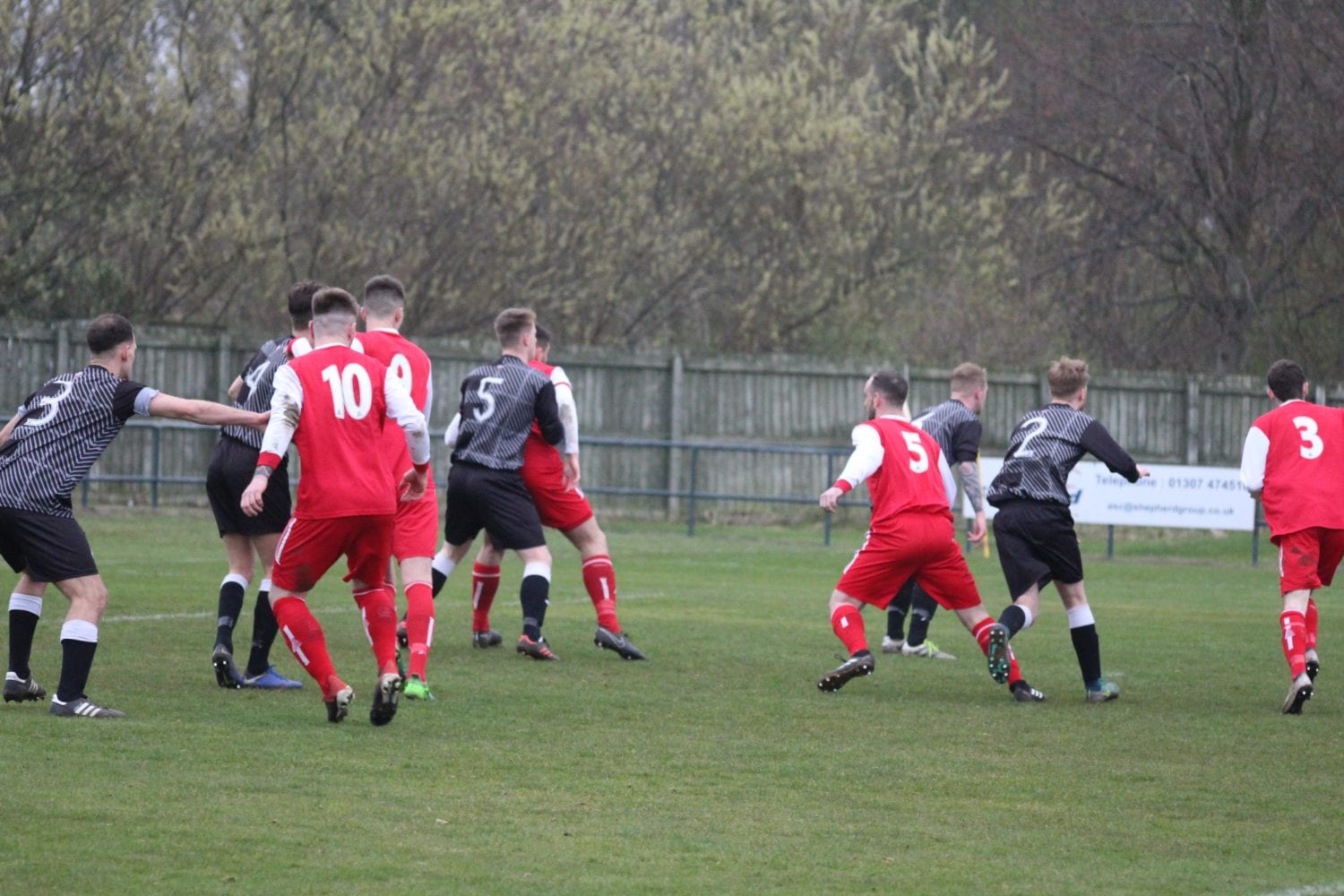 There was a controversial end to Carnoustie’s game against Downfield at Laing Park as the visitors scored a dramatic late winner to complete a double over The Gowfers.

Carnoustie welcomed back Ryan Roche from suspension in place of the injured Jake Mair but were without Ryan Dignan, who began his suspension, meaning Mark Smith came in. Injuries meant that  Bruce Hearn and Liam Scott were joined by Ewan Buggins on the bench.

Carnoustie just about edged the first quarter but were undone on 17 minutes, a visitors move saw a shot from Lee Cameron come back off the post, straight in to the path of Dale Davidson and he made no mistake. The Gowfers were level on the half hour , Bailey Steel was crudely chopped down, 25 yards from goal, allowing Jamie Winter to line up the free kick, the kick was struck with venom leaving Ronnie Adam no chance and the scores were level. The remainder of the second half was pretty even and ended with the visitors having a couple of chances to restore their lead.

The Gowfers started the second half the brighter and had three chances in the first five minutes to take the lead but Pat Martin, Harvey Dailly and Winter all saw efforts kept out. The visitors took the lead on the hour when Bryan Duell was on hand to turn the ball home at the back post but again Carnoustie levelled when Sam Simpson latched on to a great ball from Winter to steer the ball past Adam and into the far corner. There was controversy on 75 minutes when a header from Winter set Jamie McCabe away but he was shockingly adjudged offside by the Assistant Referee despite starting at least 5 yards behind the defender. Carnoustie pressed looking for a winner but lacked that last bit of creativity and the game was decided by another bit of controversy in stoppage time, Steel was fouled in the middle of the park, the referee allowed an advantage that wasn’t their as the Carnoustie midfielder had lost control of the ball, Downfield broke through Paul Blackwood, Harvey Dailly was in chase and as Blackwood ran across the Gowfers man, the former Lochee United striker went down and the referee awarded a free kick, that in itself looked harsh but then Dailly was shown a red card. Duell lined up the free kick and the initial effort was struck in to the wall, however, Duell volleyed the rebound off Blackwood , wrong footing Alan Cormack and in to the net.

The Gowfers were far from impressive and injures and suspensions limited options but arguably the game was decided by two poor decisions by the officials.