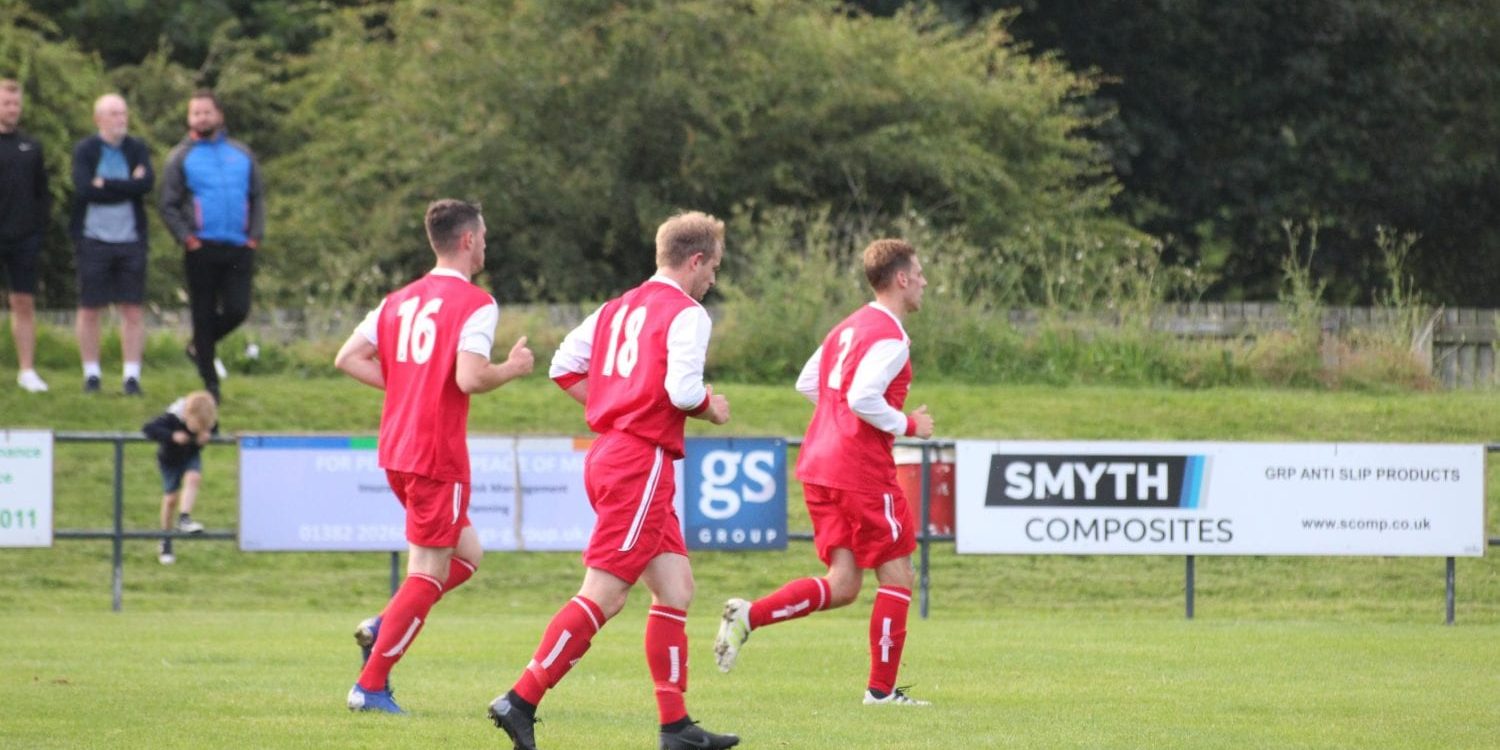 A big crowd had turned out for the game and manager Phil McGuire fielded a strong starting eleven against a Dundee side that included a number of experienced players and the first half was pretty even until Dundee took the lead just before half time through Max Anderson.

Both sides made changes after the break and The Gowfers were hit with a sucker blow on the hour mark, Ryan Dignan was blatently pulled down in the box but the referee allowed play to continue and Dundee broke to the other end and Grady McGrath hit a wonder strike in to the top corner. Three minutes later it was 3-0 when McGrath turned provider for Cunningham to tap the ball home despite looking well offside.

One thing The Gowfers have shown is they are fit and keep going for 90 minutes and that was the case once again, Bruce Hearn pulled the first goal back and then Sam Simpson scored a second setting up a grandstand finish. With eight minutes left, the man of the moment Steven Cook found himself marauding forward and was tripped in the box and the referee pointed straight to the spot. Cook took full responsibility, as if he was not going to ! and sent the keeper the wrong way to equalise for Carnoustie.