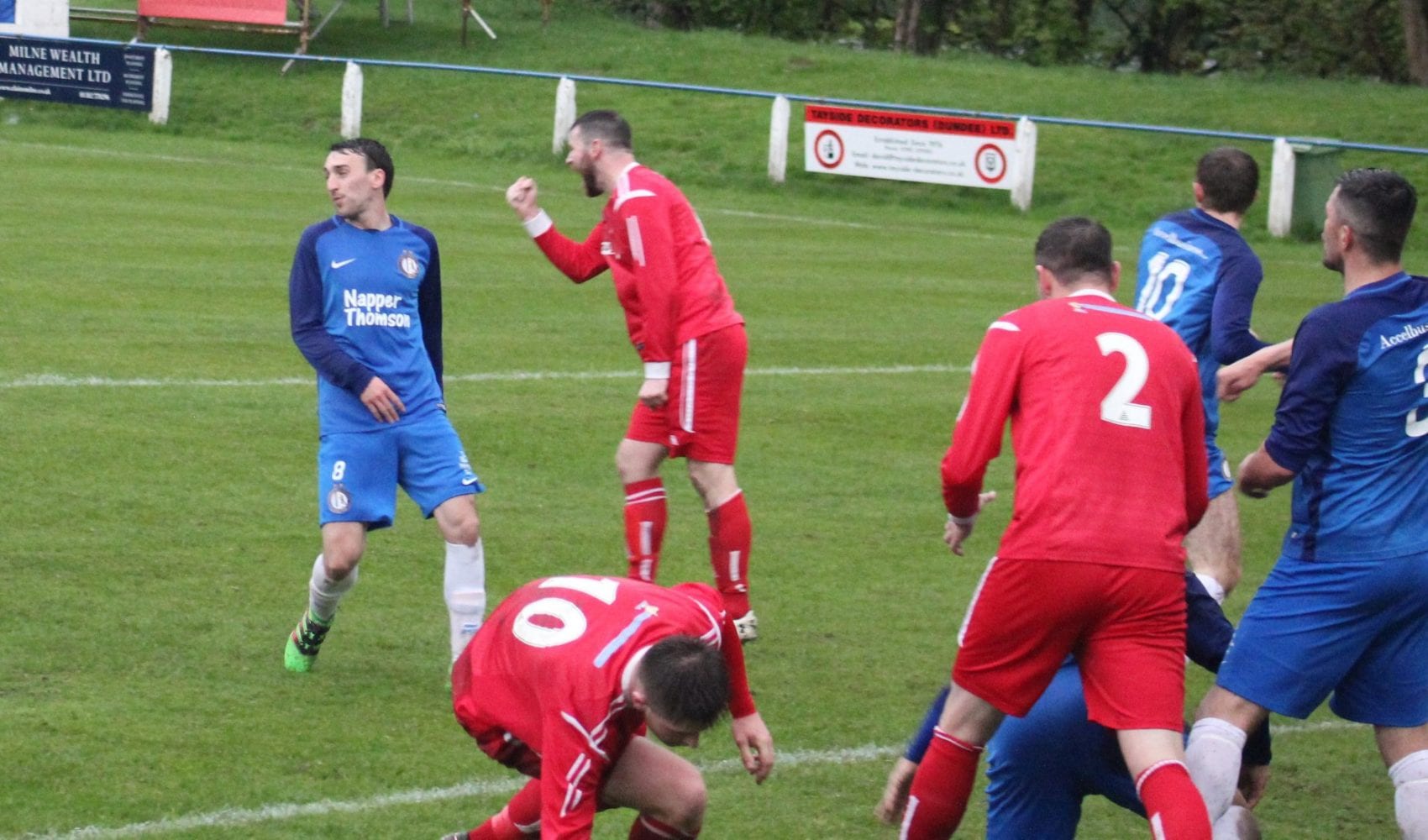 Carnoustie made it five Super League games without defeat and took all three points with an impressive 2-0 win over Lochee United, their first victory at Thomson Park since August 2014

Gowfers manager Alan McSkimming made a three changes to the side that beat Stonehaven at the weekend. Steven Cook wasn’t fit so Jake Mair moved to left back with Sam Simpson returning on the left and Paddy Conway partnered Jamie McCabe in the middle in place of John Roberts.

Carnoustie started well on a wet surface against a Lochee side, determined to enforce their authority on their home patch. There were several robust challenges early on but the match officials were reluctant to take action, with both sides surprised at some decisions. The Gowfers took the lead on 26 minutes, Ewan Buggins set off on a marauding run before crossing in to the box, after desperate defending from Lochee, the ball fell to leading scorer Ryan Dignan who rifled the ball in to the roof of the net. Lochee were stung but the Carnoustie defence repelled the home advances, on the rare occasion the defence was breached, Jamie Robbie was in fine form between the posts.

The home side were determined to get back in to the game as expected after the break, however, on the rare occasion Lochee breached The Gowfers resolute defence, Robbie was there to make the saves. Carnoustie should have added to their lead in the second half with Mark Fotheringham the busier keeper, however, they hit Lochee with a sucker punch on 76 mins, a corner was flicked on at the near post and Adam Harwood looped a header back across Mark Fotheringham in to the far corner to secure all three points and lift Carnoustie above Newtongrange Star.

A tremendous defensive performance from Carnoustie, hitting Lochee twice on the counter attack, prompting comments of “defensive masterclass” from Lochee players as they left the pitch at full time 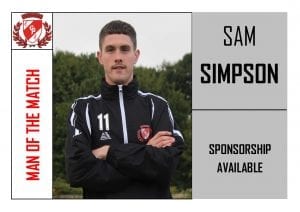