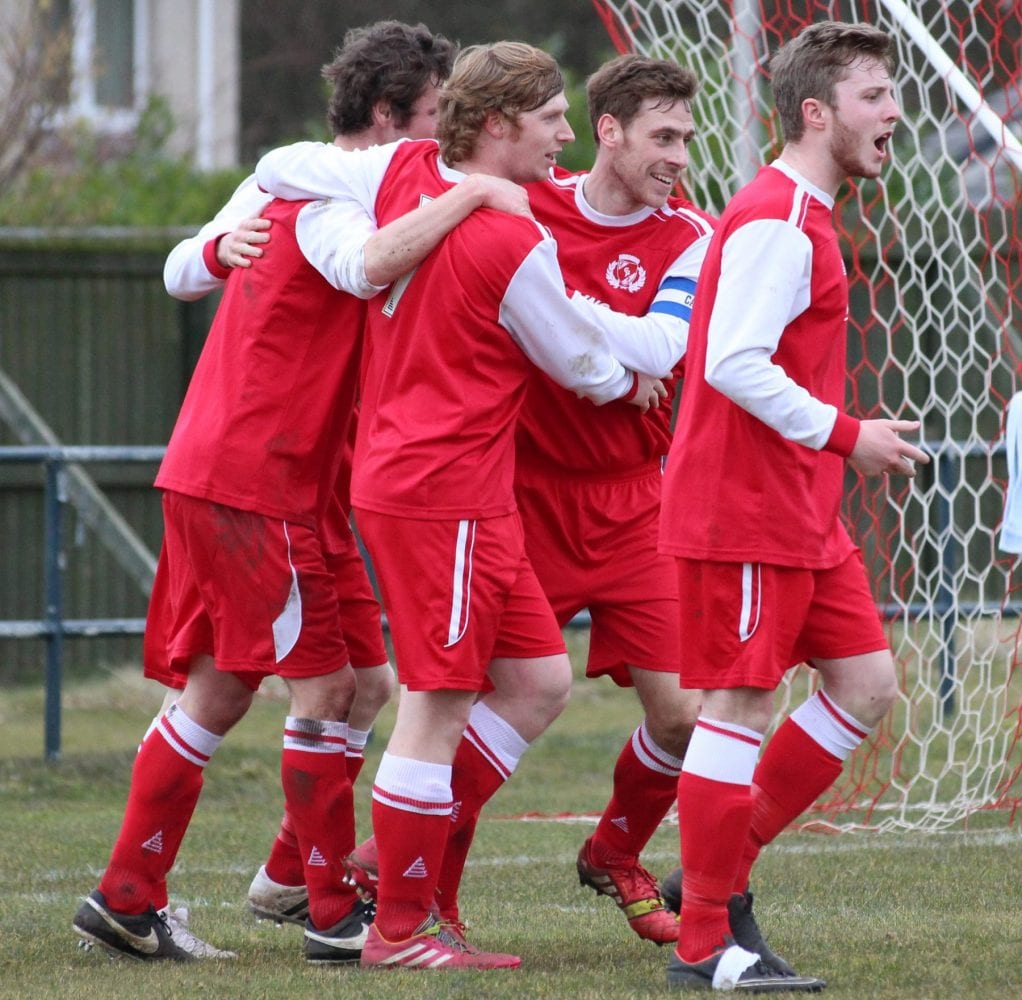 Carnoustie came from behind  to earn a well deserved point against Bo’ness United at Laing Park this afternoon.

The homeside went behind on the half hour from the penalty spot after a combination of Luke McGeehan and Danny Miller had been adjudged to have fouled a Bo’ness player. At best the foul looked outside the box but the referee pointed to the spot and Snowdon sent Alan Cormack the wrong way to put the visitors in front. Carnoustie were then forced in to a change when McGeehan suffered an eye injury and had to be replaced by Steven Cook

In the dying minutes Miller received his second yellow card from the referee and for the second time in three games Carnoustie completed the game with ten men.

Overall a point was the least Carnoustie deserved from a game that was stop start from the first whistle, something that was not the fault of the two sides.