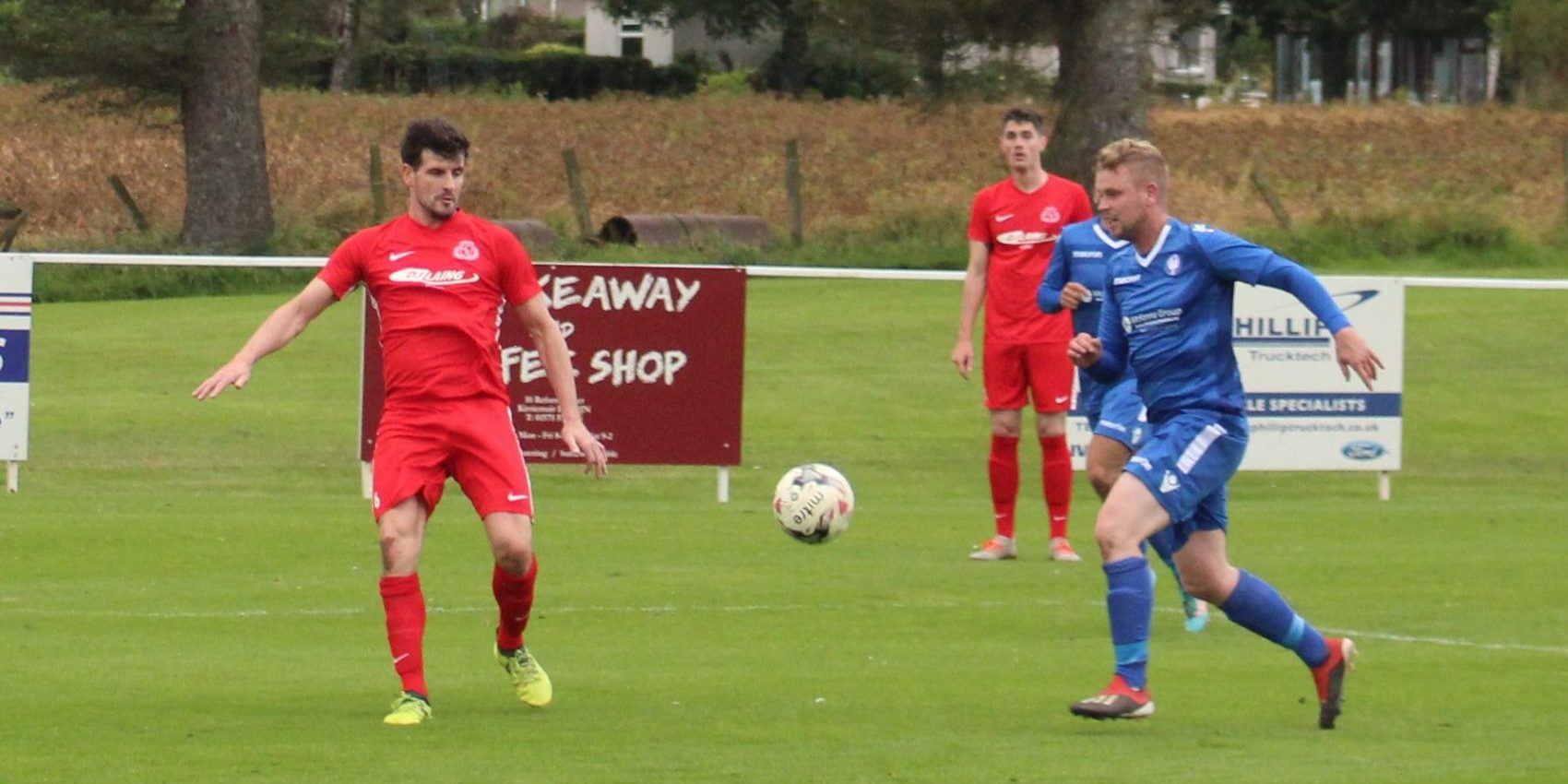 An early goal from Steven McPhee was enough to see Carnoustie progress to the last 16 of the Quest Precision Engineering Cup after defeating Kirriemuir Thistle at Westview Park.

Gowfers boss Phil McGuire made just one change to the side that beat Downfield at Laing Park the week before with Pat Martin coming in for Gordon Macdonald who was on the bench.

In extremely blustery conditions Carnoustie started brightly and took the lead after just five minutes, Steven McPhee picked the ball up on the left and moved forward before curling a shot in to the top corner of Daryl Burns net. Kirriemuir Thistle appeared to have been given a chance to equalise when the referee pointed to the spot after a shoulder to shoulder challenge between Harvey Dailly and Dale Reid but after several Carnoustie protests, he spoke to his assistant and changed his decision to a goal kick. Despite the continued high winds, both sides tried to play football and The Gowfers had the majority of play but neither side managed to turn chances in to goals.

After the break Carnoustie were once again dominant but again couldn’t find the killer touch in front of goal and that, allied to several good saves from Burns kept Kirrie in the game. The Gowfers managed they game well and repelled any attacks that Kirrie could muster, holding out to take a good win and progress in to the next round of the competition they won two years ago.