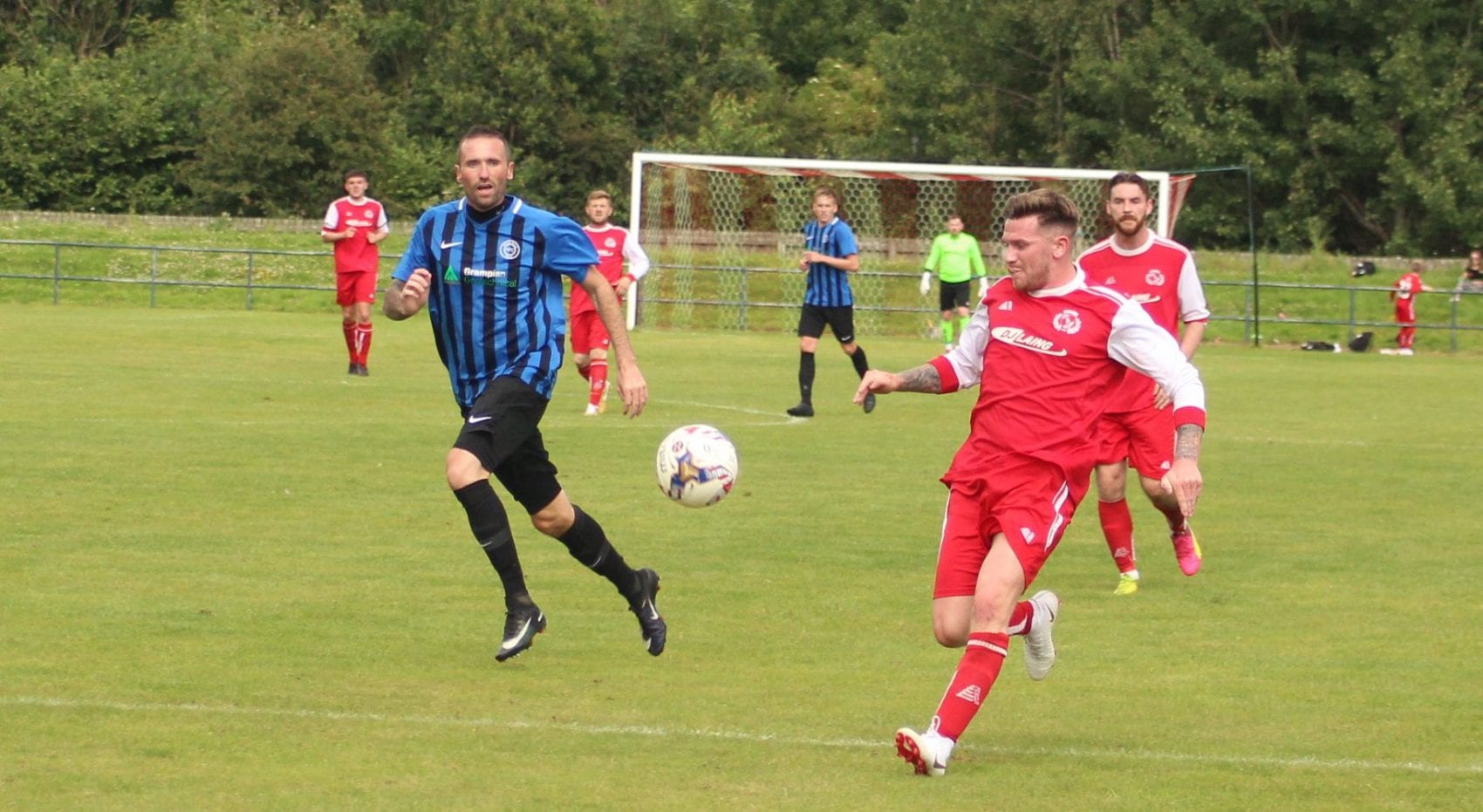 Carnoustie Panmure let Hermes back in to the game twice but a virtuoso performance from Steven McPhee in the second half saw the Gowfers to a 4-2 win over the Aberdeen side at Laing Park.

Carnoustie took an early lead after just three minutes, Ryan Dignan was fouled 35 yards from goal and when Jamie Winter whipped the ball in, Harvey Dailly got in front of his defender and crashed the ball in to the bottom corner. The visitors were back on level terms just five minutes later, a corner on the right was headed against a post and the rebounded, hit Grant MItchell on the leg and chest before going in to Jamie Robbies net. The goals kept coming and Carnoustie were back in front on 13 minutes, Winter who was showing no signs of his holiday played a delightful ball over the top of the defence in to the path pf Ryan Dignan who surged forward and made no mistake placing the ball in to the far corner. Once again the visitors weren’t behind for long and on 22 minutes a long ball was missed by Ryan Roche and David Stevenson was clear to lob the ball over Robbie in to the unguarded net.

McGuire made changes at half time, McPhee and Cruickshank replaced Winter and Conway and right from the off, McPhee particular was influencing the game. On 71 minutes there was a return for former Gowfers skipper Steven Cook as he replaced Bailey Steel and within five minutes The Gowfers were ahead. It was no surprise when that man McPhee was involved, seizing on a great ball from Harvey Dailly before lobbing the keeper in almost identical fashion to Hermes opener. McPhee then doubled his tally with his second and Carnoustie’s fourth just five minutes later. He picked up the ball on the right before waltzing through the Hermes defence and scoring in to the bottom corner.

The Gowfers finished the game with the three u17s on the park, Derryn McGuire becoming the youngest player to make his debut for Carnoustie at 15 years and 189 days pipping Lewis Sivewright who made his debut against Scone Thistle in November, by 15 days.

David Stevenson equalises for the second time for Hermes

Steven McPhee makes it 3-2 with a lob