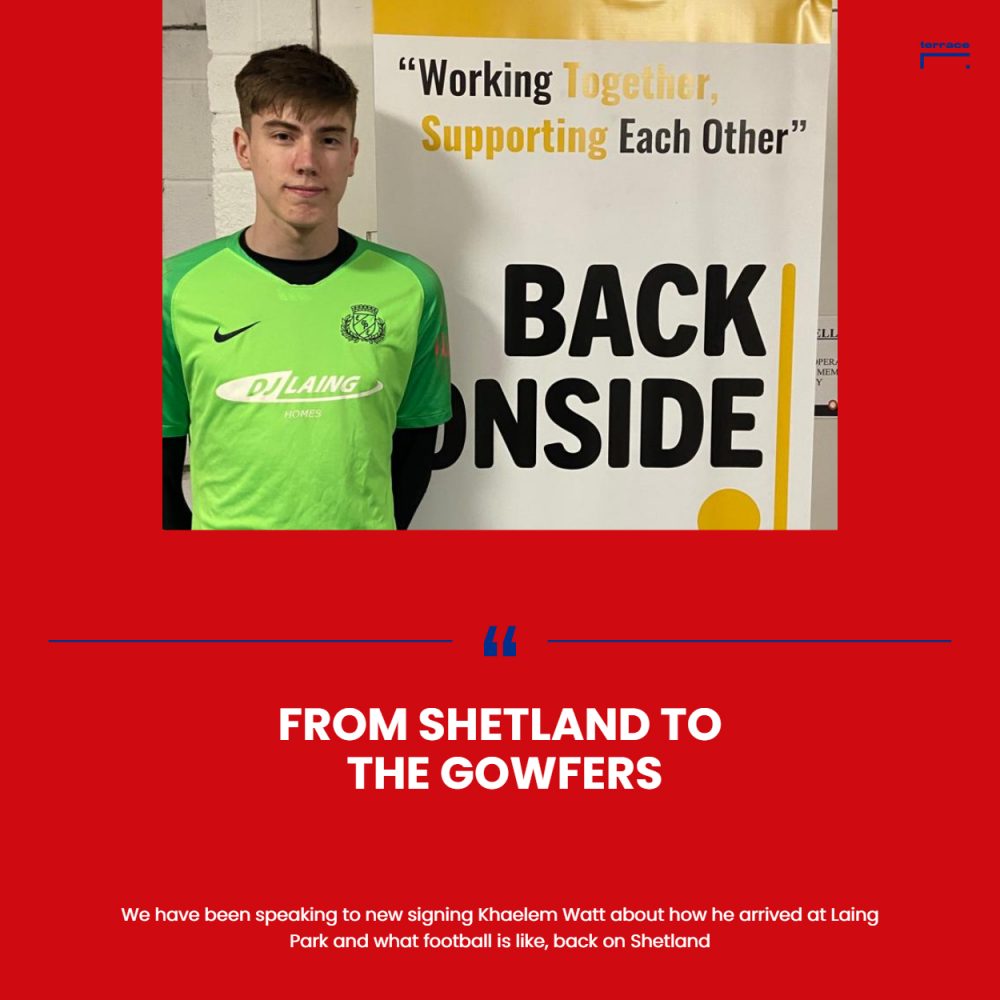 Young goalkeeper, Khaelem Watt joined the club a couple of weeks ago now and we have finally managed to catch up with him for a chat

Khaelem, Welcome to Laing Park, What are your thoughts on signing for Carnoustie?

I’m excited to be playing here as it is a step up from the amateur and uni level that I have been playing at previously. I’m really looking forward to the high intensity of junior football and I hope that I can bring on everything that I learn by being here and work on improving myself as a goalkeeper

How have you settled in to training etc ?

I think that I’ve managed to settle into the team well so far. Once the initial stage of getting to know everyone was out of the way, it’s been about bringing 100% to every session and keeping my own intensity high to keep working for my place within the team

You come from Shetland, what brought you to Dundee?

How difficult was it to make the move away ?

Not that difficult, It was a little hard leaving friends and family, but for a while I had been looking forward to leaving Shetland to come and study so it was a decision that had been set in stone for a while

Your previous club was Lerwick Spurs, what level was that at and what is the set up for football on Shetland.

Lerwick Spurs are an amateur team that plays up in the Ocean Kinetics Premier League alongside 7 other teams that span across Shetland. Despite being a small population, football is a huge sport in Shetland so there is a lot of interest in it. The league is very competitive and that is only added to by a few other cups. There is also a reserve league and each first team has a reserve side along with a few other sides that play solely in the reserve league and the seasons are short, only lasting from May-September. Something all footballers in Shetland look forward to is the annual Shetland vs Orkney Inter-county match in which a side representing each island play each other for the Milne Cup.

Finally, as a goalkeeper, who do you look up to ?

As I was always playing football, I never really took too much interest in watching professional football so the question stumped me initially. I think my answer would have to be Calum Brodie the owner of BGK Academy. He has been a huge help to me not only in getting me match fit again after the lockdown, but also to a lot of younger and older goalkeepers in and around Dundee. He always turns up to every session with a very happy and positive attitude and he puts his all into making every session for his goalkeepers as fun/rewarding as possible.

Thanks Khaelem and all the best at the club