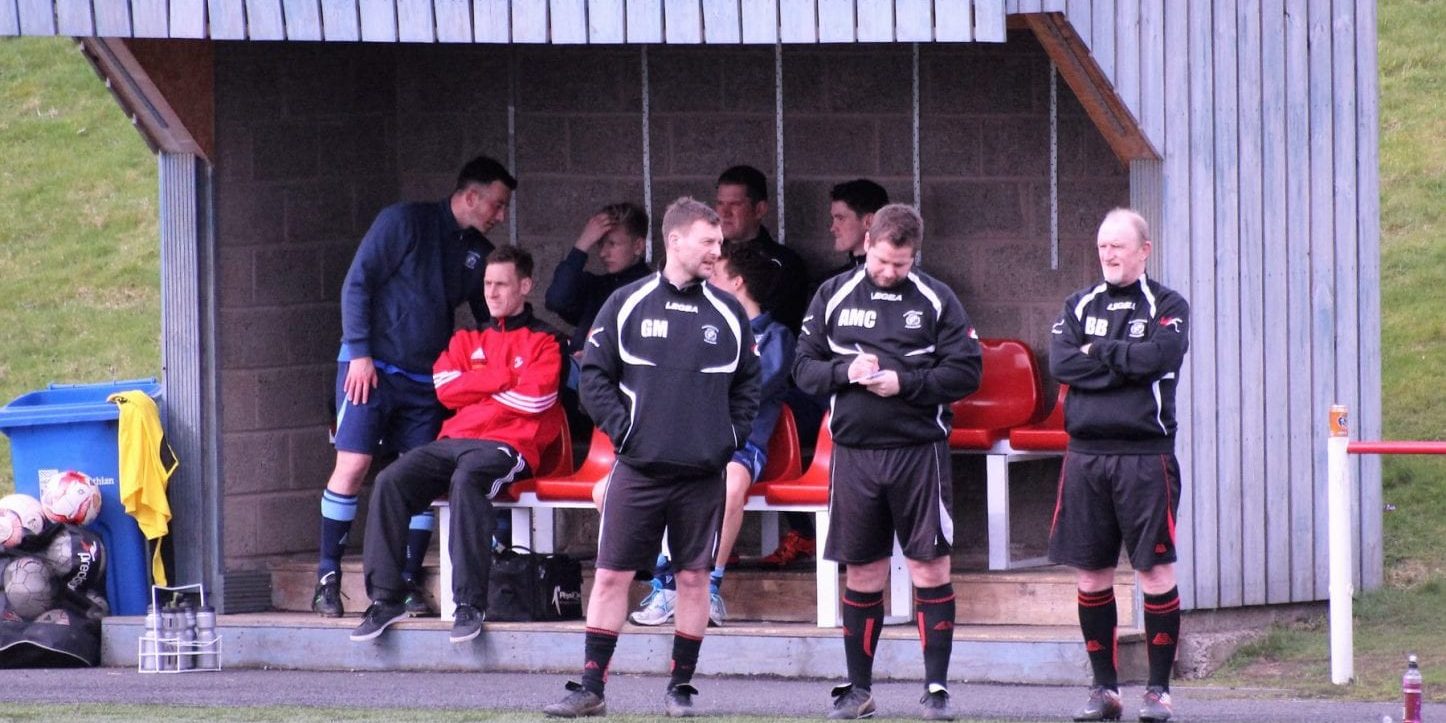 “Saturday’s 3-1 defeat was a huge disappointment for me, not just with the score line but the nature of the performance.

For the second week in a row we went into the game with only 13-14 fit players, with some our most experience and influential players not available due to injury which is not ideal.

We started the game really well and deserved to take the lead after 15 minutes with a really well worked goal from Marc Scott, assisted by a great flick from Pat Smith, however the lead only lasted 7 minutes. Broxburn were awarded a stonewall penalty, full back Gordon MacDonald made an unnecessary lunge to intercept the ball and took out the Broxburn wide player. Three minutes later Broxburn striker Anderson latches onto a long ball in the box, we attempted to close down but unfortunately we don’t get close enough to him and he neatly clips the ball over his head into the back of the net.

The second half was frantic with both teams eager to try and get the next goal and although we had a lot of the ball our decision making and final ball massively let us down. We did create chances but they were sadly not converted due to this. Then in the 87 minute Broxburn killed the game off when the scored there 3rd goal handing the 3 points to Broxburn.

Saturday for me was an opportunity to get points on the board, however our overall play just was not good enough over the 90 minutes. We created good opportunities but our lack of vision to see the right pass and our decision making when going forward was to our downfall.

With more injuries and a few suspensions coming up, the squad will be stretched further and with the mid week games approaching we’ll need to make sure that we are ready for the games. We have a strong team spirit and some big characters in the squad that will be absolutely key for us in our aim to climb up the table.”