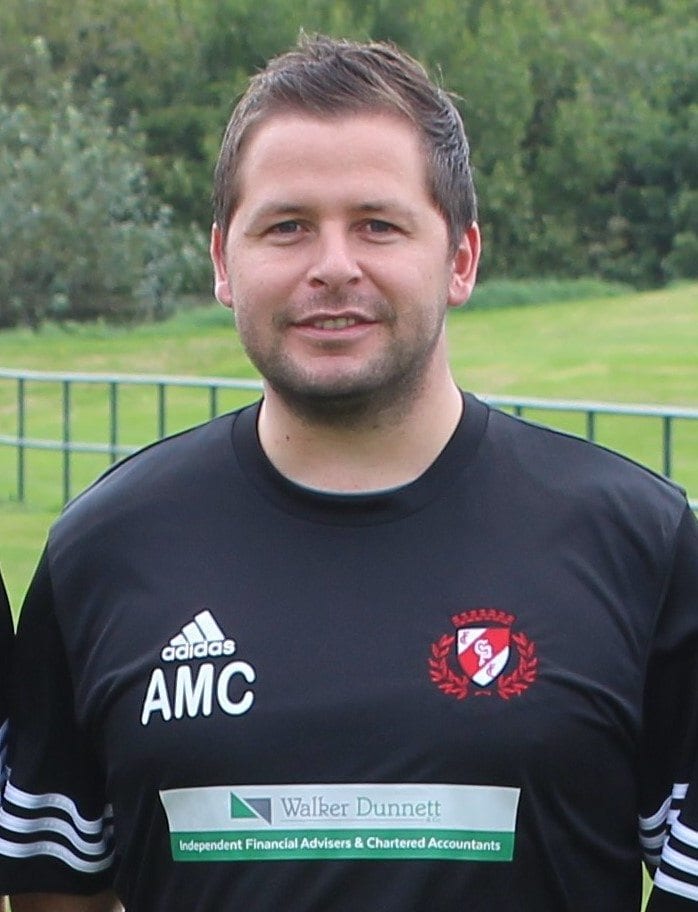 Saturday’s 2-2 draw with Dundonald Bluebell was the hardest 90 minutes we have played for some time, that said, if we had defended better in the first half then we might have just taken the full three points.

Like most games on Saturday the weather was going to play its part and for us it was a beautiful spring day all be it with a swirling wind that blew through Laing Park.

We started the game really well and took a deserved lead, a very well worked goal and an equally as good finish from Bob Urquhart put us in front after 18 minutes. We then increased the lead three minutes later when Gordon McDonald bundled home his 10th goal of the season to make it 2-0.

With a two goal lead and playing into the wind, I felt like we would go on and win the game comfortably, however, that lead lasted only four minutes when Dundonald got a goal back from a set play. At the time it looked like defender, Craig Wedderburn, had it too easy but when I watched the highlights, I was furious because the boys were not organised in the set positions they were meant to be in and it was a gift. Then the gifts continued sadly, we failed to stop the first header coming into the box and Dundonald leading goal scorer Lewis McKenzie, tucked the ball home giving Alan Cormack no chance. Again this was a goal out of nothing and if our starting position had been better when the first ball comes in, then we don’t concede another sloppy goal. We continued to create chances in the first half and were unlucky on two attempts not to take the lead again.

I could sugar coat our performance in the second half, however I am not prepared too, we got completely battered and if had not been for some good defending we might have lost the game. We lost our momentum and shape but full credit to Dundonald as they really put us under a lot of pressure. As much as Dundonald pushed us really hard for the winner, they were unable to create a clear cut chance, on the other hand we had two very good opportunities, the first Dundonald’s keeper made a fantastic reflex save on the line from Adam Harwood’s header for what looked like a definite goal, the other was a Ryan Taylor effort, that narrowly went past the post in the final stages of the match.

Before the game I would have taken a point, however when you take a 2-0 goal and let it slip it’s disappointing and a missed opportunity. On the plus side, we are now sitting 6th position in the league and put ourselves in a very strong position with 9 league games left.