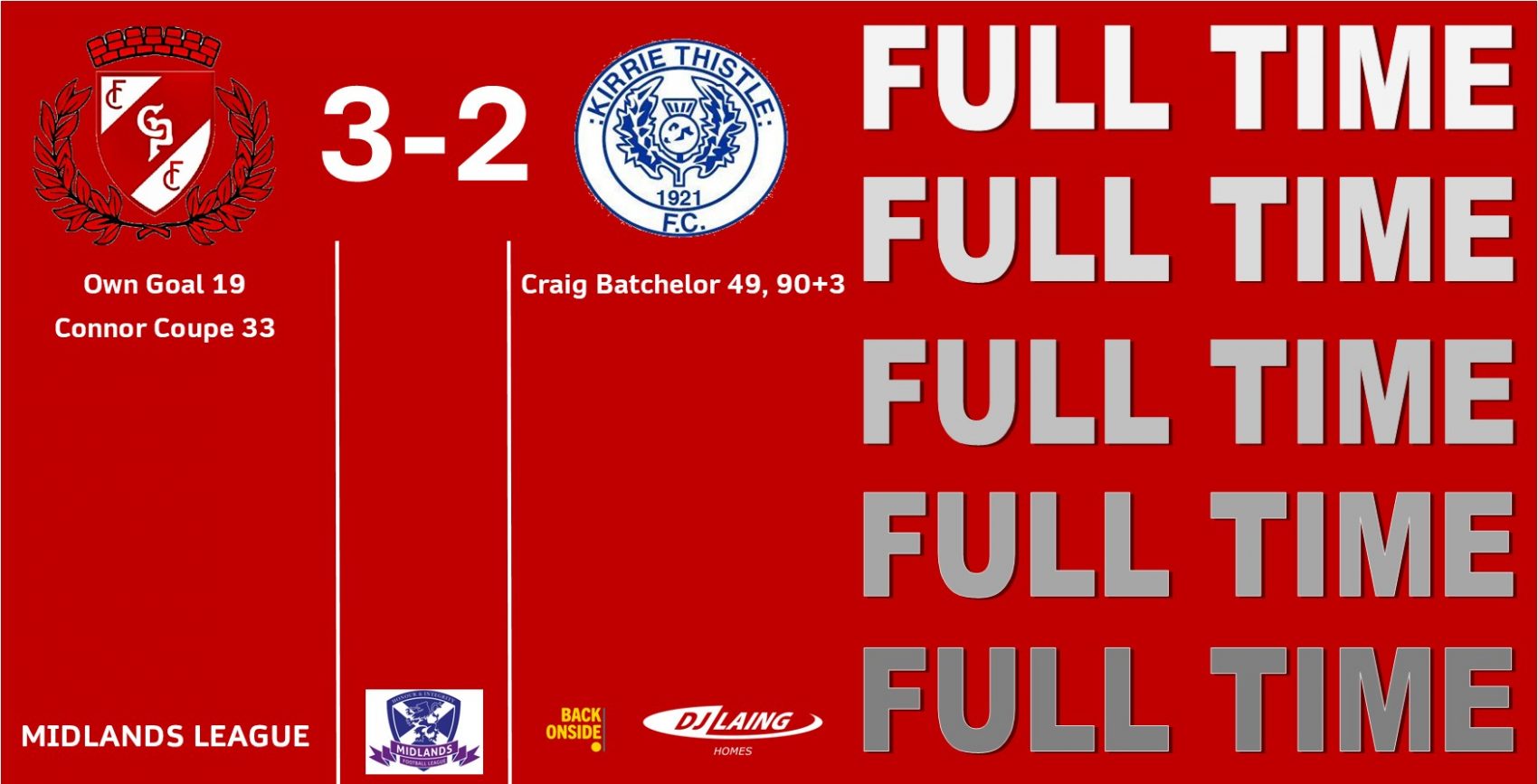 Share on facebook
Share on linkedin
Share on twitter
Share on email
Carnoustie Panmure 3 Kirriemuir Thistle 2
Carnoustie went six points clear at the top of the McBookie.com Midlands League after a 3-2 victory over Kirriemuir Thistle at Laing Park but rather than the football it was once again the officials that were the main topic of conversation as spectators left the ground.
The Gowfers took the lead on 19 minutes, Dale Reid didn’t give up on a ball on the line, hit the ball back across goal and Stewart McKenna smashed it in to the roof of his own net.
On 33 minutes it was 2-0 and once again Kirrie helped out, Connor Coupe had a shot from the edge of the box and Daryl Burns misjudged the ball and let it bounce over him and in to the far corner.
Early in the second half, Craig Batchelor pulled a goal back when he stabbed the ball home after Stewart Russell had headed the ball across goal.
On 64 minutes, Kirrie player manager Stephen McNally was lucky to escape punishment when he appeared to slap Dale Reid resulting in several players getting involved but after speaking to the assistant the referee took no action.
Paul McLellan restored Carnoustie’s lead on 87 minutes when he seized on an error by Robbie George, raced clear and slipped the ball passed Burns.
On 88 minutes, McLellan had the ball almost in the corner trying to see the clock down and George blatantly kicked the Gowfers man with no attempt to get near the ball and once again both sets of players were involved but the referee, rather than sending the Kirriemuir player off, chose to book George and McLellan but then even more strangely book Finn Kemlo, on the advice of the Assistant Referee, who had little part in the goings on.
Batchelor pulled another goal back on 89 minutes when despite looking offside was allowed to steer the ball home from an agricultural punt up the park as Kirrie looked to get something from a game.
After 10 minutes of stoppage time the referee brought the game to an end.