GOWFERS COME FROM BEHIND TO BEAT LUNCARTY 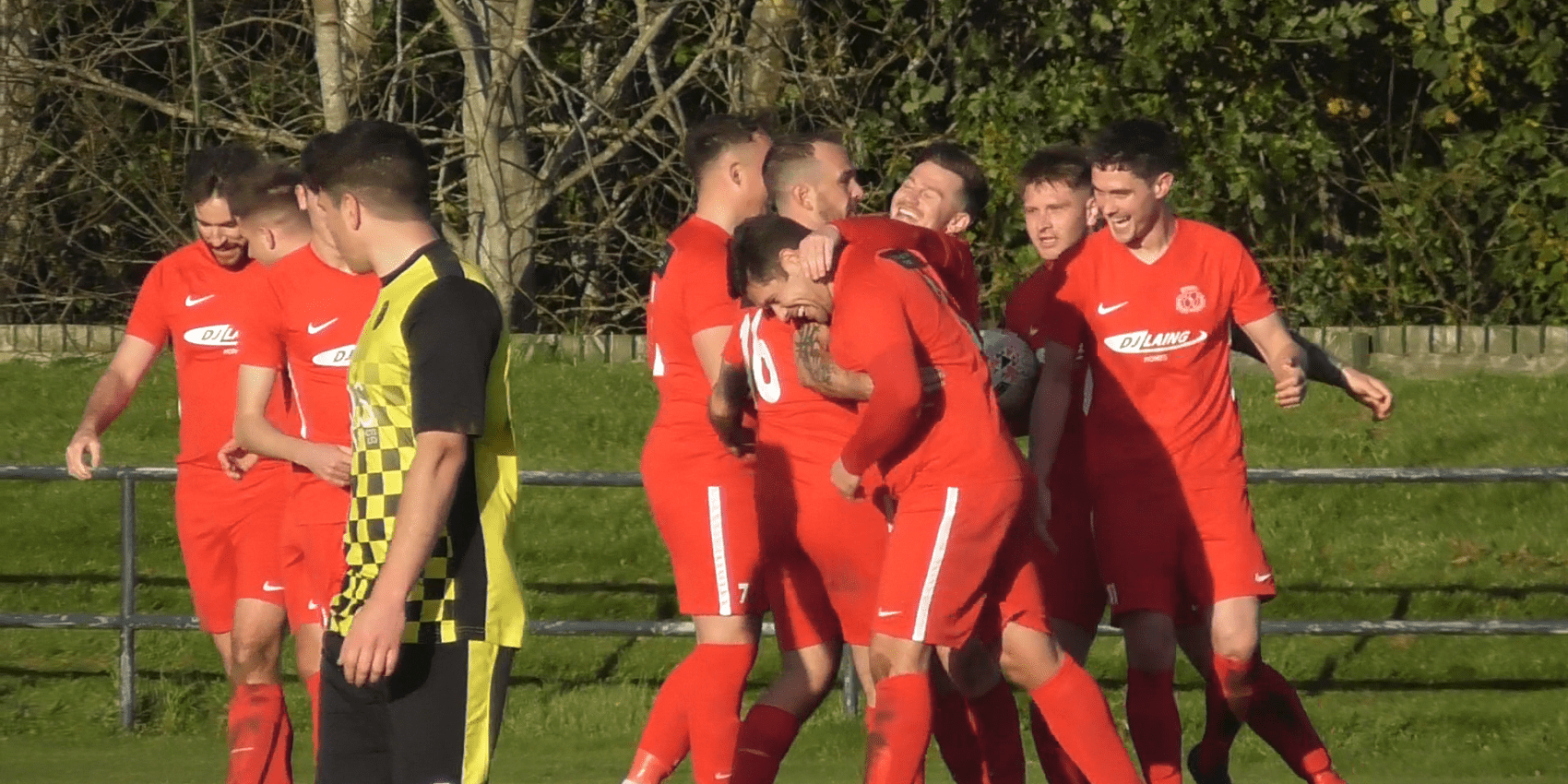 Carnoustie Panmure missed a first minute penalty and then had to come from behind to beat Luncarty 3-1 at Laing Park and restored their four point lead over second placed Broughty Athletic.

Gowfers boss Phil McGuire made two changes to the side that beat Brechin Vics, two weeks ago, Michael Cruickshank was unavailable and Bailey Steel dropped to the bench and they were replaced by Paddy Conway and Steven McPhee.

Carnoustie were awarded a penalty within 40 seconds of the start when Pat Martin was pushed over in the box by Bradie Heggie but unfortunately for The Gowfers, the usually deadly from the spot, Sam Simpson saw his kick saved by Ryan Mitchell in the Luncarty goal and then put the rebound wide. Luncarty were boosted by the miss and Jamie Robbie had to be alert to make a good save from Kyle Green. Carnoustie had marginally better of the game but were stunned when the visitors took the lead on 26 minutes, Harvey Dailly appeared to be harshly punished for a foul on Chris Anton and when the free kick came in Calum Kirkcaldy’s header seemed to bamboozle Jamie Robbie and ended in the back of the net. Carnoustie kept up the pressure despite going behind and were level right on half time when Steven McPhee found Simpson on the right and when he drove the ball in to the danger area, Jake Mair was at the back post to stab the ball home.

The Second half continued in the same manner with some decisions by the officials puzzling both benches and the supporters with one incident leading to Luncarty manager Jonny Kelly being shown a red card. Carnoustie went on front on 64 minutes when a McPhee corner was only partially cleared to Harvey Dailly who crashed a shot back across the keeper in to the far corner and on 70 minutes it became 3-0. Ryan Dignan chased a ball on the right and after losing his marker laid the ball back to Jamie Winter who, without breaking stride, rifled the ball in to the corner of Mitchells net. Carnoustie had chances to increase their lead but had to settle for the three goals and the three points from a deserved victory.