GOWFERS COME FROM BEHIND TO TAKE A POINT 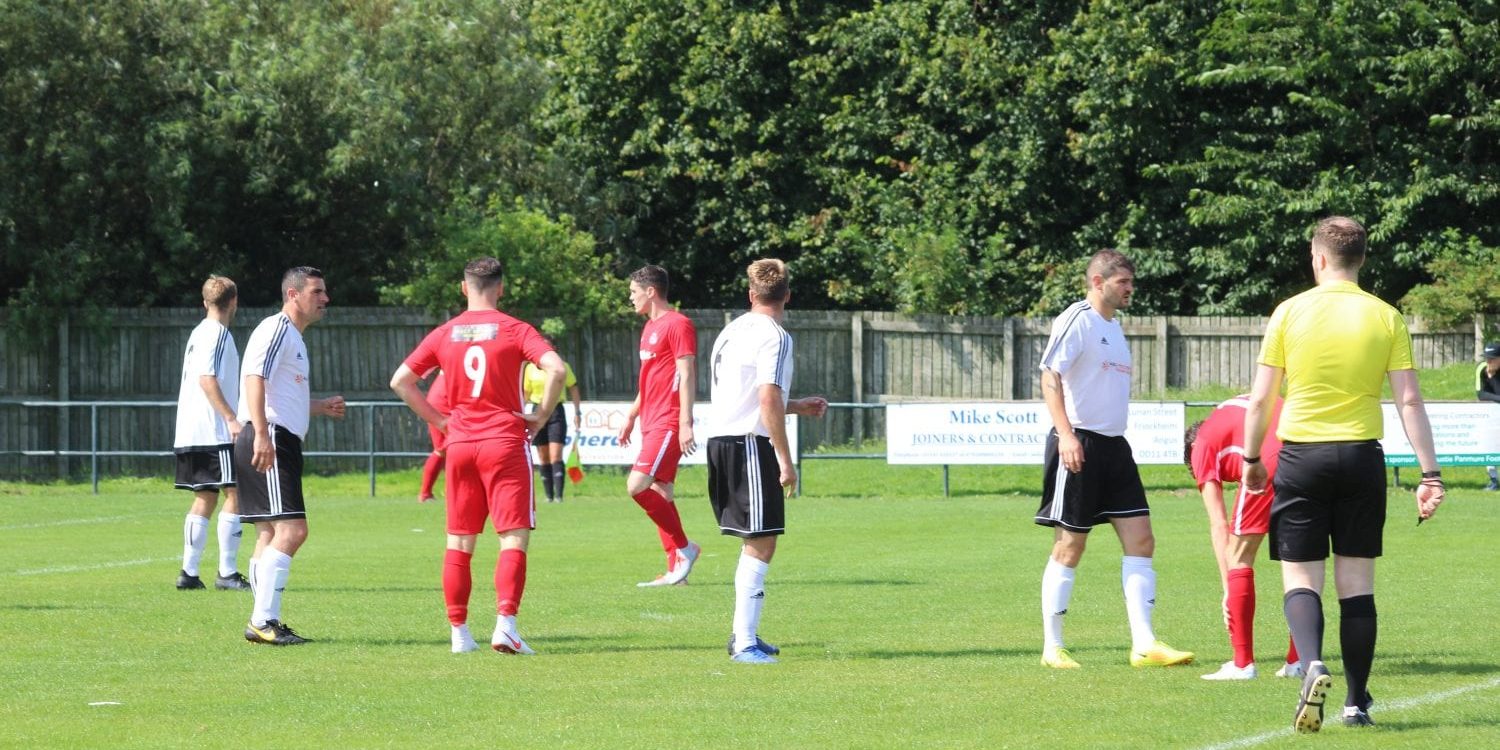 Carnoustie Panmure had to come back from 2-0 down at half time to take a point against Dundee North End at Laing Park with goals from Jake Mair and Ryan Dignan who now has four goals in three games.

Gowfers boss Phil McGuire shuffled his pack with a number of players feeling the effects of Wednesday nights win on the synthetic pitch at Whitton Park, Alan Cormack continued in place of Jamie Robbie, Bruce Hearn and Ewan Buggins came in to defence, Jake Mair and Sam Simpson were in the wide positions and Pat Martin played off Ryan Dignan. Ryan Roche dropped out all together while Steven McPhee, Paul McLellan, Brian Clark and Gordon Macdonald dropped to the bench.

The changes seemed to affect Carnoustie and the buzz and zip that was part of the wins against Scone and Broughty Athletic was missing in the first half with North End the better team from the off. The visitors took the lead on 19 minutes when Liam McArtney was allowed too much time in the box before smashing the ball past Alan Cormack. Carnoustie came back in to the game a little but were hit with a hammer blow just before half time when Ryan Rigden met a cross from the right to score at the near post, right on half time.

Whatever was said at half time worked as Carnoustie were much better after the break and when Jake Mair pulled a goal back on 57 minutes it was no more that The Gowfers deserved. The visitors were rocked and it was no real surprise when Ryan Dignan equalise five minutes later when he seized on a poor header from a Jamie Winter free kick. The last twenty minutes of the game were end to end with both sides entertaining the crowd but throwing away chances to win the game and ultimately both sides had to settle for a point. 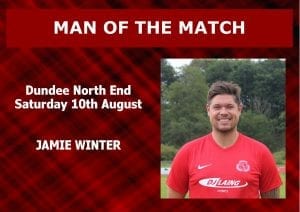