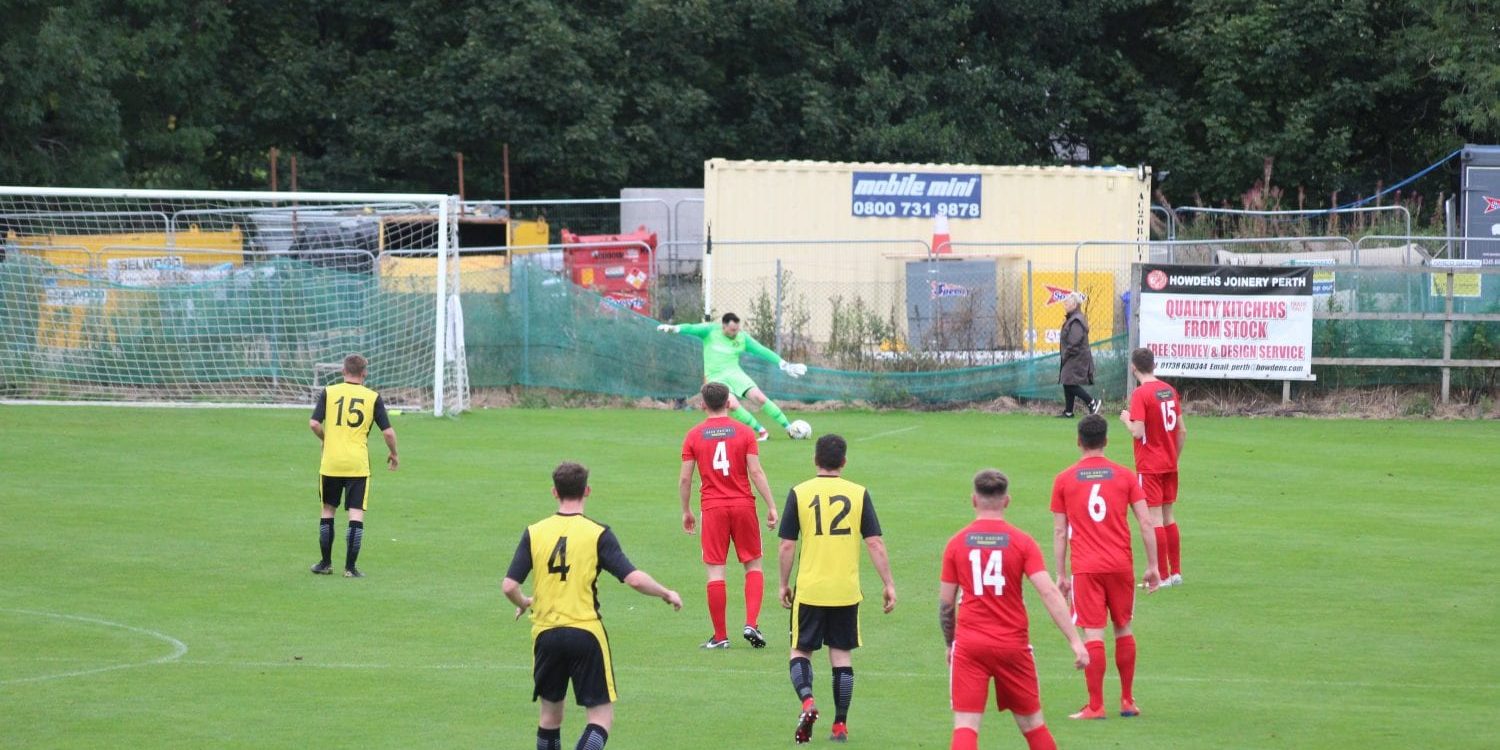 Carnoustie Panmure were runners up in the East Region Cup last season but have exited this seasons competition in the Second Round after a 1-0 defeat at Luncarty.

Manager Phil McGuire was without Michael Cruickshank and chose to rest Jamie Winter while Gordon Macdonald, Ryan Dignan and Sam Simpson all dropped to the bench with Ryan Roche, Ewan Buggins, Brian Clark, Jake Mair and Paul McLellan coming in.

The heavy rain of the previous 24 to 36 hours had relented but left the pitch very soft in places but still in excellent condition, the main problem was a strong swirling wind. Paul McLellan had The Gowfers first effort after three minutes but his shot didn’t trouble the Luncarty keeper. On eight minutes Harvey Dailly was on the receiving end of a robust challenge from Fraser Mills and required lengthy treatment but the Luncarty man escaped with a warning. Both sides were struggling to deal with the wind with the game getting bogged down in the middle of the park. On 35 minutes Mills was the culprit for a second time when he crudely brought down Ryan Roche and this time was cautioned by the referee. The home side took the lead a minute before the break when a cross wasn’t cleared and Callum Kirkcaldy fired the ball past Jamie Robbie.

The second half was much the same as the first with neither side creating many decent opportunities, the only real chance came on 77 minutes when a shot from Bailey Steel hit the inside of the post and on any other day would nestle in the back of the net but on this occasion bounced back in to the arms of the grateful keeper. Carnoustie substitutes Dignan and Macdonald both worked hard to open up the Luncarty defence to no avail and the home side held on to take their revenge for last weeks win for The Gowfers in the Super League North.

A disappointing game for those watching in difficult conditions and a result that The Gowfers have to take and move on.