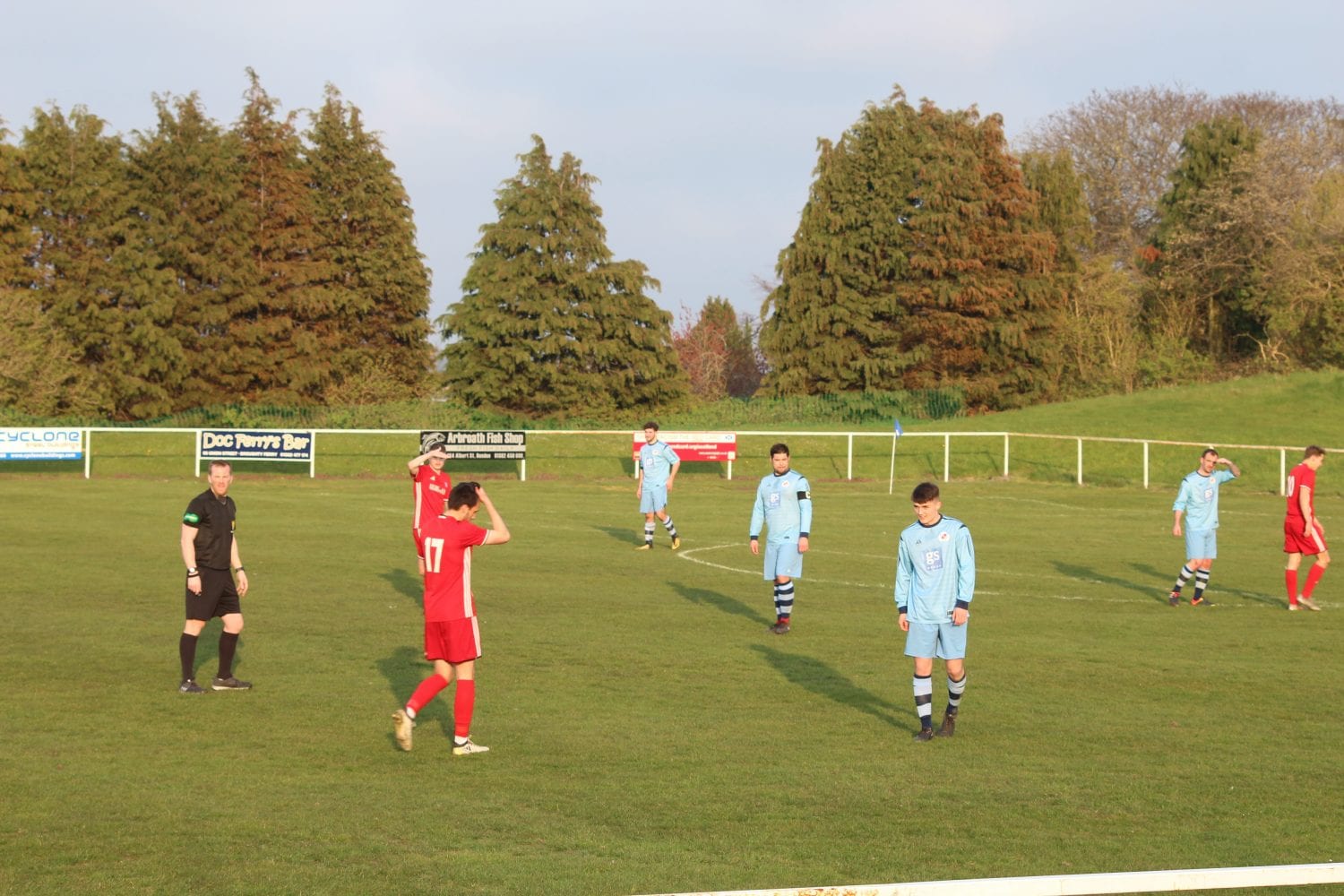 Carnoustie took first blood in what could be a tight East Region League Cup Group A with an impressive battling performance over Super League leaders Broughty Athletic at Craigie Park, coming from behind to win 2-1 with two former Broughty players scoring The Gowfers goals.

Before the game manager Phil McGuire had said that he would probably have to make changes to the side that won at Thornton and Steven McPhee, Jake Mair, Paddy Conway and Gordon Macdonald came in to the starting eleven with Ryan Roche, Pat Martin, Liam Scott and Jamie McCabe dropping to the bench.

Carnoustie started well and could have taken a fifth minute lead but Macdonald saw his effort go wide. Both sides struggled to take control of the game on a difficult pitch and at times and when the first goal came on the half hour,  it was a scrappy affair.  Carnoustie failed to clear a cross and the ball fell to Louis Appere, the Dundee United loanee, twisted and turned before finding John Farquharson on the penalty spot, who made no mistake. Carnoustie were level within five minutes, Steven McPhee was fouled 30 yards from goal, Jamie Winter took aim and when his shot was fumbled by Brodie in in the Broughty goal, Gordon Macdonald slammed home the rebound against the club he started the season with.

Carnoustie had the better of the second half and had the better of the chances but when Broughty did attack, Paddy Conway and Harvey Dailly, assisted by full backs Michael Cruickshank and Bruce Hearn, were in exceptional form and in no mood to let the home side in. The winner came with fifteen minutes remaining and again Winter was at the centre of things. A free kick was awarded on the left of the penalty area for a foul on substitute Pat Martin and in what looked like a training ground move, Winter went for the near post and once again the keeper was found wanting as the ball ended up in the back of the net.

A well deserved win over the league leaders but this was just game one of this stage of the competition, The Gowfers also face Downfield at home and away as well as Broughty Athletic at Laing Park.