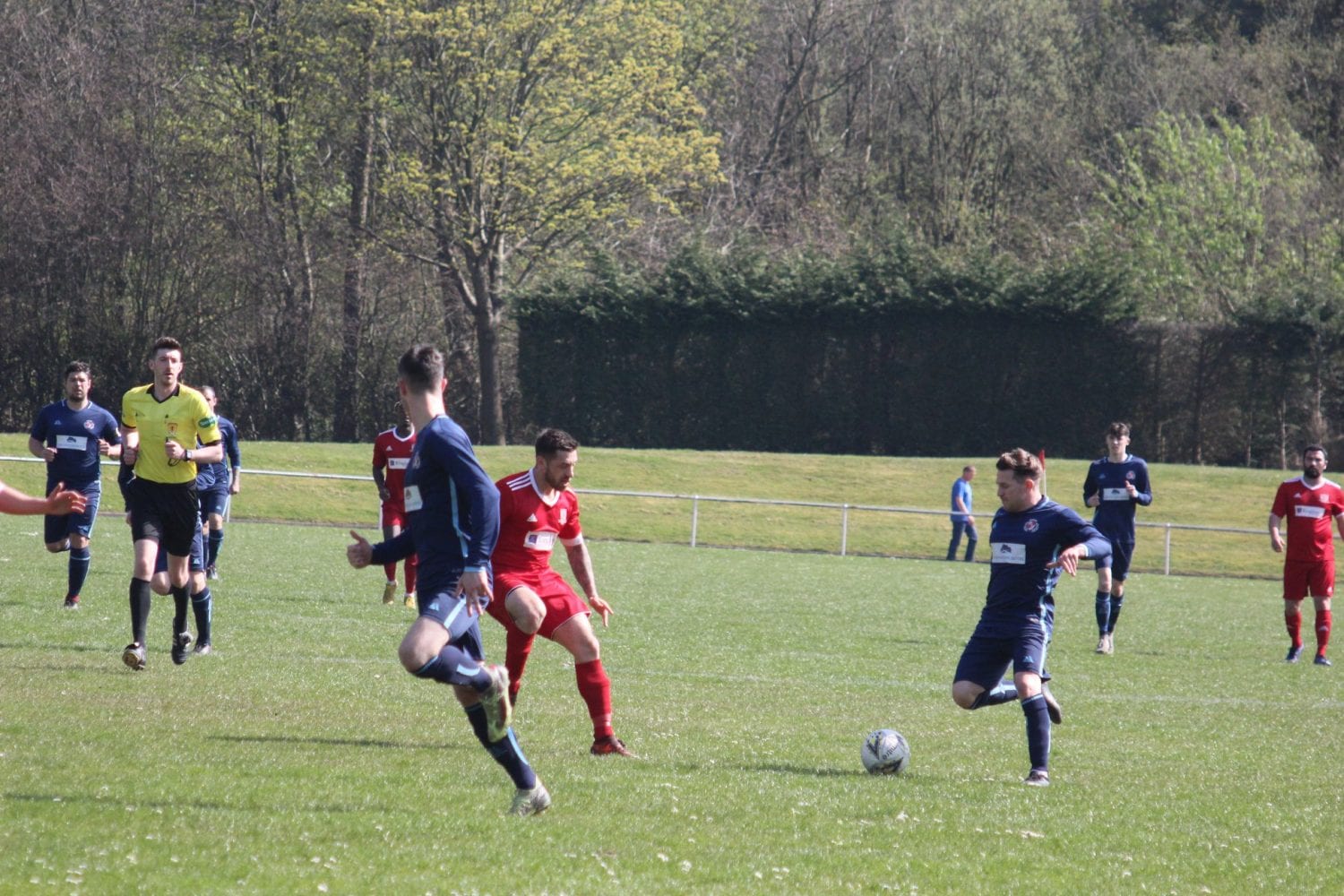 Phil McGuire’s pre-match team-talk went out of the window within thirty seconds of kick off at Glenrothes on Saturday but the Gowfers boss was full of praise for the way his side came back, on a pitch that was more like a country meadow, to trounce basement club Glenrothes in the McBookie.com Super League.
McGuire made three changes to the side that beat Broughty Athletic in midweek, Alan Cormack came in for Jamie Robbie, Ryan Dignan returned from suspension in place of Jake Mair and Pat Martin came in for Gordon Macdonald.

Glenrothes kicked off and were ahead within thirty seconds assisted by the uneven surface, the ball bobbled out to Nathan Harley on the right and his cross come shot beat Alan Cormack at the near post. Carnoustie were shocked but not panicked and were level on 23 minutes, Bruce Hearn picked up a loose ball on the right, advanced in to the area and was pulled down by the goalkeeper and the referee pointed to the spot. Sam Simpson smashed the penalty beyond Jordan Mushet in to the back of the net. Steven McPhee scored the second on the half hour, hitting a great effort across the keeper in to the far corner. Cormack was clever on 40 minutes, seeing Dignan making a run he hit a long kick that when the defender slipped set Dignan free and the returning striker volleyed the ball past Mushet, giving the Glens keeper no chance. There was still time in the first half for Simpson to make it four, a cross from Bailey Steel was sliced by a defender in to Simpsons path, the winger adjusted his run before slipping the ball under Mushet, in to the back of the net to sending the Gowfers in at half time leading 4-1.

Carnoustie managed the game perfectly keeping Glenrothes at arms length in the second half and with a bit more luck in front of goal could have added more goals. Eventually a fifth goal did come, Dignan found himself in acres of space on the left and received the ball, moved to the right before curling a great effort in to the top corner to complete an emphatic victory.

Man Of The Match – Ryan Dignan