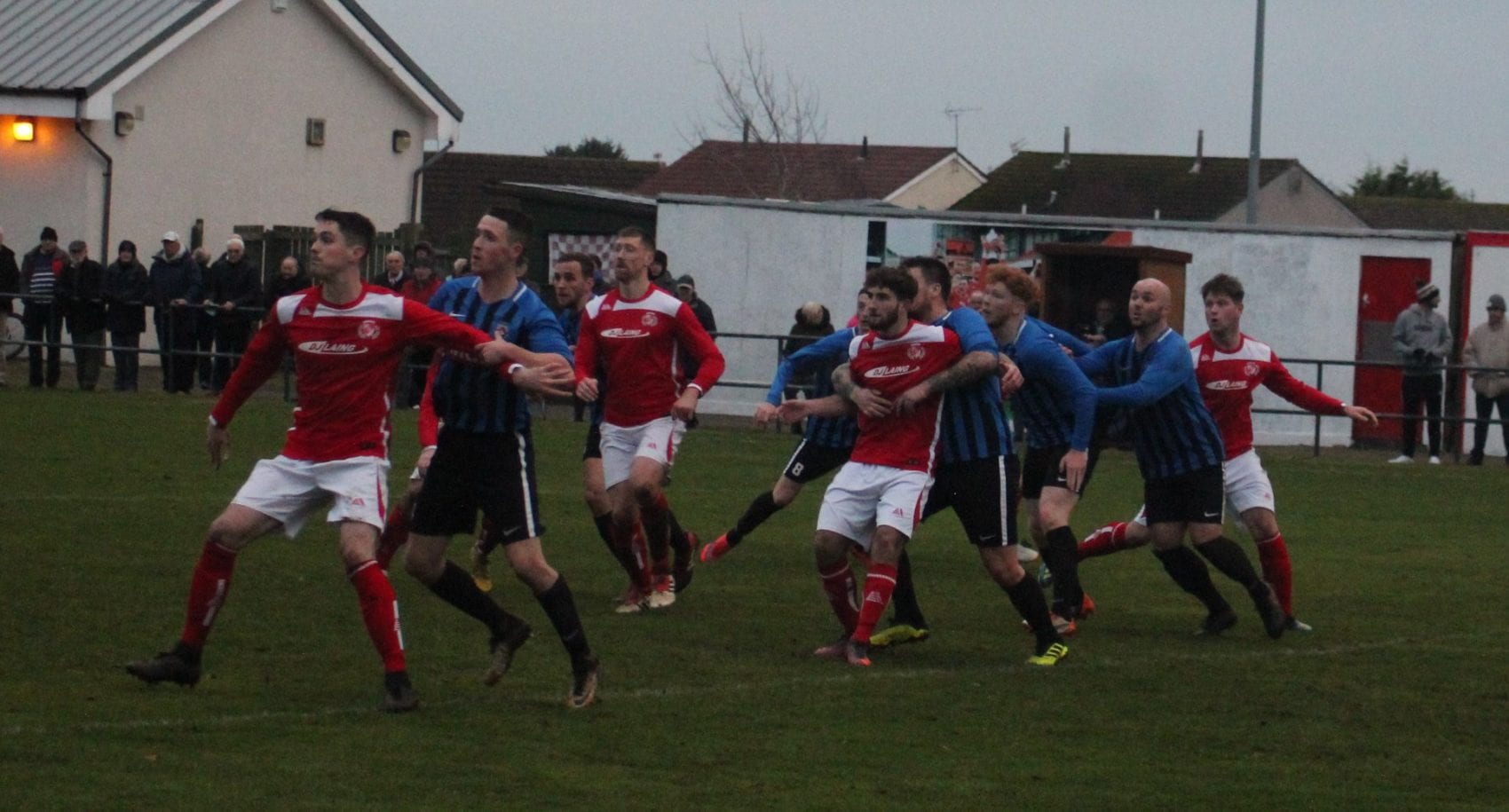 Carnoustie paid the price for going to sleep for a fifteen minute spell in the first half, allowing Troon to score three times and effectively winning the game.

Gowfers Manager, Phil McGuire was able to welcome back Derek Paterson and Sam Simpson to the starting eleven with Jamie McCabe on the bench, on the down side Harvey Dailly was suspended following the defeat at Whitburn.

Troon took the lead arguably against the run of play on nine minutes when, former Dundee and Hearts striker, Christian Nade rose unmarked to glance home a Ryan Stevenson corner. Five minutes later it was Nade who repaid the favour, the big forward chested a cross, that looped up off Paddy Conway, in to Stevenson’s path and the other former Hearts man, rifled the ball past Jamie Robbie to make it 2-0. The third goal came on 23 minutes, firstly Dylan Pooler was given far too much space in the box and as he slipped the ball fell to Scott Chatham who twisted like an eel before finding the far corner.

With a half time lambasting ringing in their ears Carnoustie started the second half much the better and should have pulled a goal back on 47 minutes when Pat Martin saw a header somehow saved by the Troon keeper at the base of a post. The home side had the better of the second period but didn’t manage to score until the eightieth minute when Sam Simpson scored from the spot after Jamie McCabe had been brought down in the box. Alas for McGuire’s men it was too little too late and with several positives to take from the defeat, Carnoustie exited the Scottish Junior Cup for this season.