GOWFERS GO AWAY BACKED BY HOTEL 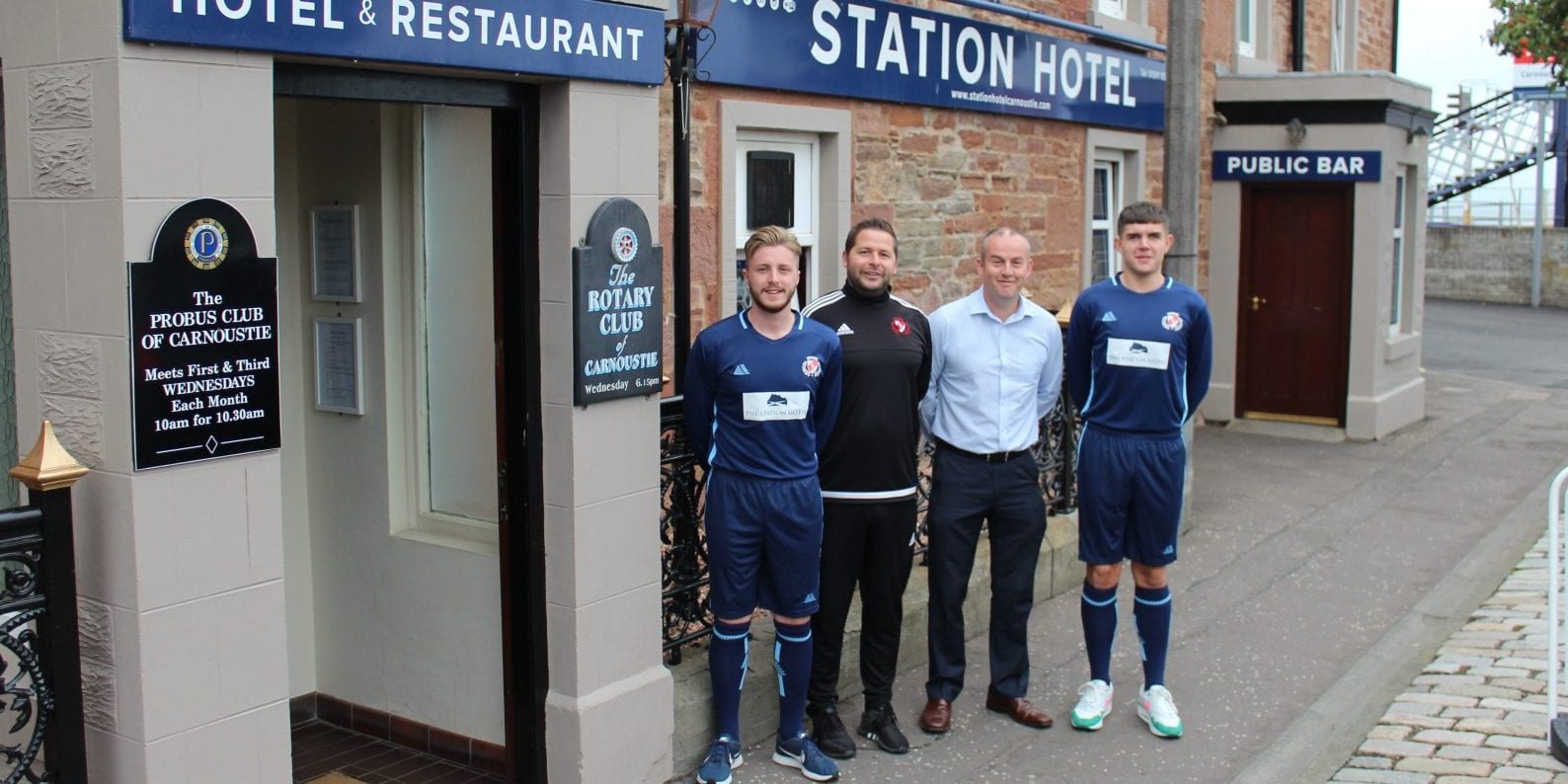 When Carnoustie Panmure FC are away from their Laing Park home this season they will be backed by The Station Hotel.

The Gowfers new away kit, emblazoned across the chest with The Station Hotel logo, was launched at the hotel, on Station Road in the town, on Thursday morning. General Manager Mark Johnson and Team Manager Alan McSkimming were joined by players Ryan Roche and Jamie McCabe as they met up with Bryan Farquhar, General Manager at The Station Hotel to publicise the new partnership.

Carnoustie Panmure General Manager, Mark Johnson said “It’s great that we have the backing of Bryan and The Station Hotel when we head off away from the town. We are in a much more locally based league this season and we are proud that we will be wearing the kit sponsored by the hotel. We hold a number of events in The Station Hotel during the season and it is a development of that partnership that will see us help to publicise one of the best venues in the town.” Bryan added “We are so proud to be sponsoring the Carnoustie Panmure and we wish them every success this season”

Carnoustie will be wearing their newly sponsored kit when they take on Downfield at Downfield Park on Saturday, Kick Off 2.30pm