GOWFERS GO OUT BUT FRIGHTEN HOLDERS 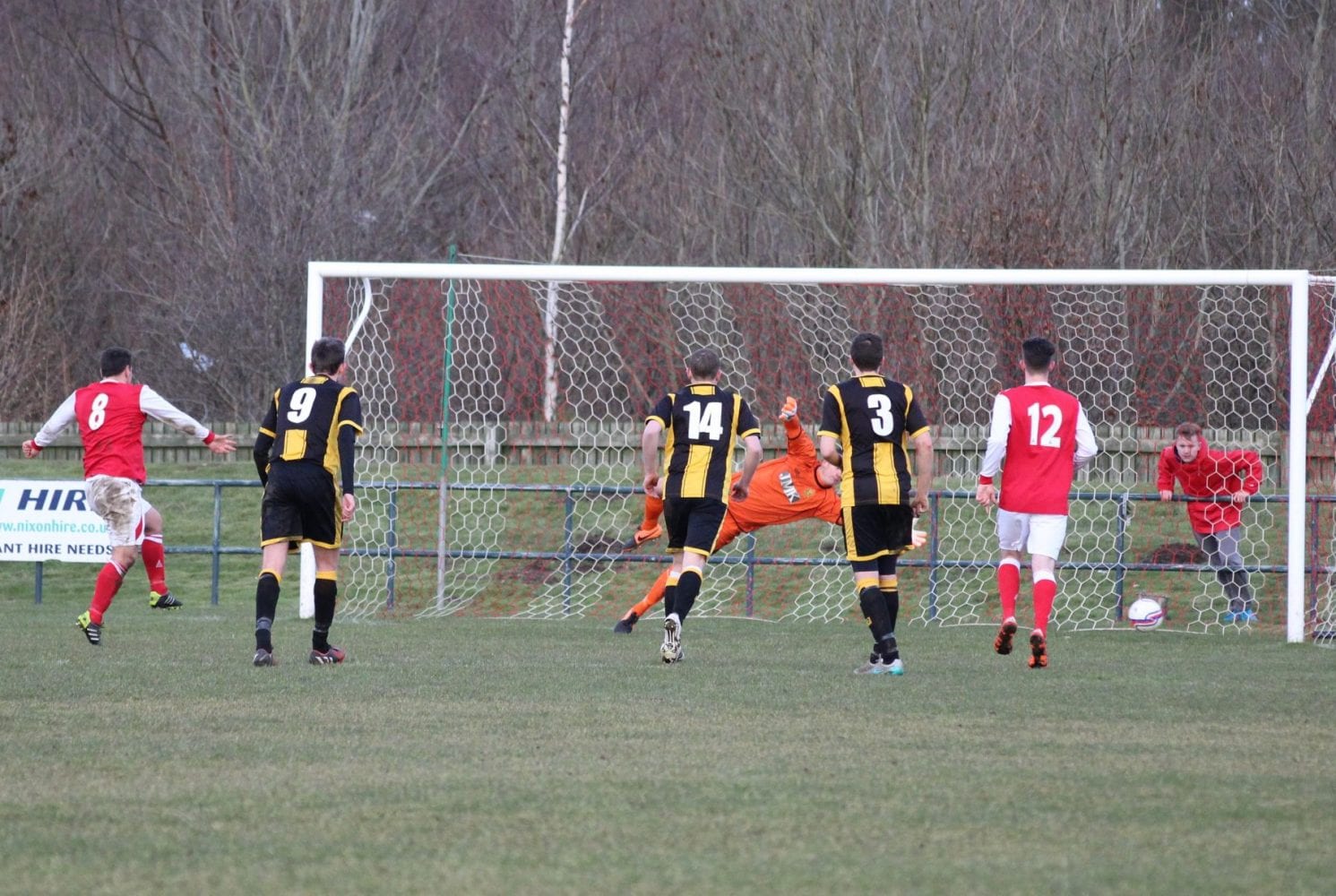 The Gowfers Scottish Junior Cup journey ended at the hands of the holders at a cold but well attended Laing Park this afternoon.…

Dwayne Hyslop put Talbot in front on 4 minutes when he stabbed tje ball home in a scramble. It didnt look good for Carnoustie when Pope scored direct from a corner midway through the first half.

Talbot had a chance to make it 3 from the spot but Cormack saved the poor kick well. This seemed to boost The Gowfers and they deservedly pulled one back through Sub Scott Gray. Talbot restored their lead when Shankland escaped his marker to shoot past Cormack. Carnoustie werent finished and Roddy Black converted from the spot after Gray had been tripped in the box.

Unfortunately time ran out for Carnoustie and the holders go through to another quarter final. Congratulations to them and all the best for the rest of the season.

PrevPreviousFROM THE DUGOUT – 16-2-16
NextAN EXPEDITION NORTH !Next
NEXT MATCH
LAST MATCH
NEXT MATCH