GOWFERS HAVE TOO MUCH FOR DOGGED VICS 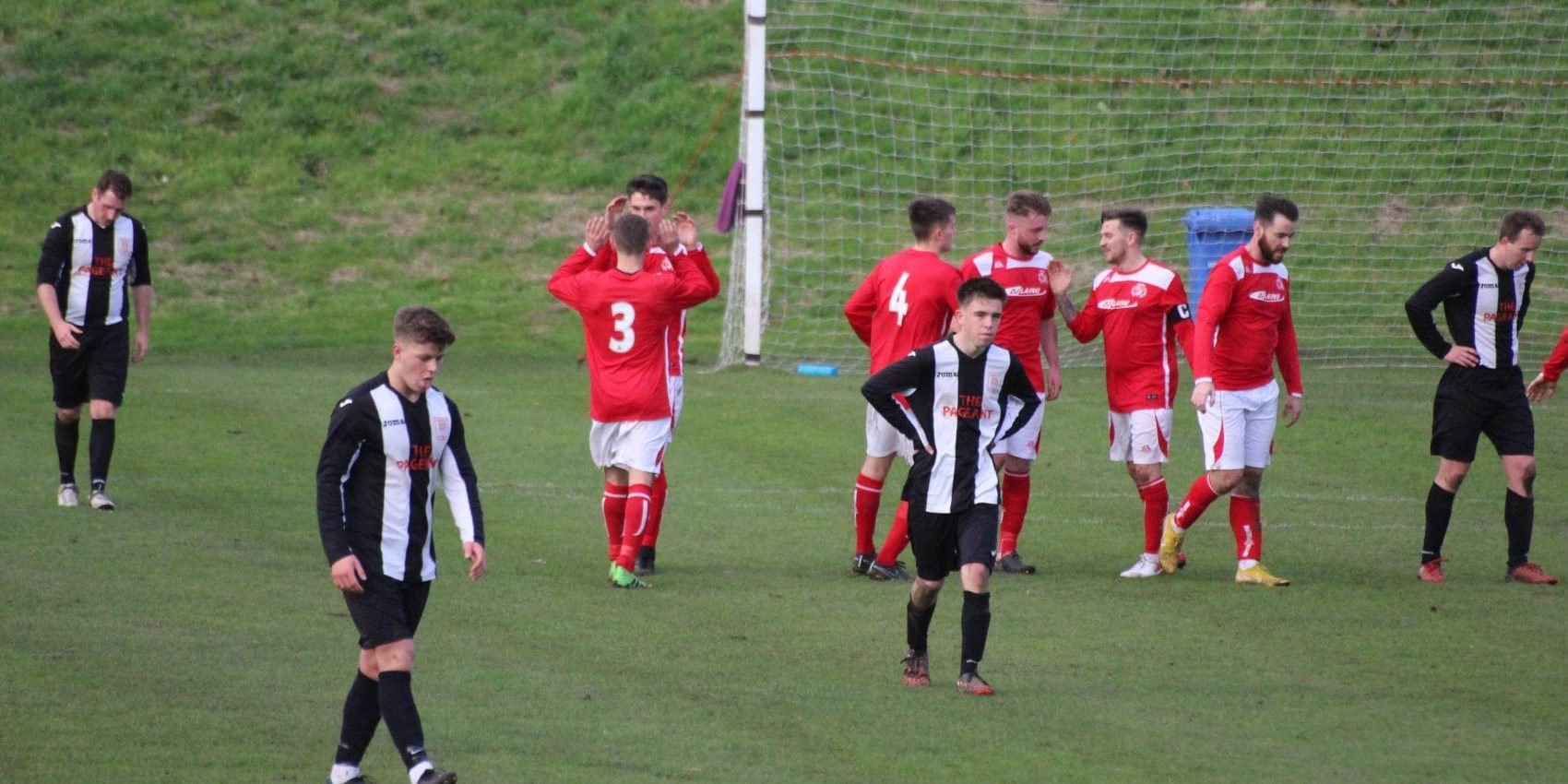 Carnoustie ultimately had too much for Arbroath Vics in the first group game in the Thornton’s Property East Region League at Ogilvy Park but had to come from behind.

Manager Phil McGuire had said he would make changes to give players more game time although this didn’t involve having to add Jamie Winter (hamstring) and Vince Edmonds (ankle) to the injury list. Alan Cormack came in for Jamie Robbie between the posts with Bailey Steel and Jamie McCabe making the midfield two.

Carnoustie as expected had the majority of play in the first half but didn’t take full advantage, passing up a number of chances to take the lead. Subsequently The Gowfers were punished on 31 minutes when a Michael Fotheringham shot was deflected past a wrong footed Cormack by Michael Cruickshank.

The second half started in the same manner and Carnoustie got their reward on 56 minutes as Pat Martin held of his marker to turn a Sam Simpson cross home, Simpson then became the scorer on 68 minutes as he curled an effort through a crowded area and out of the keepers reach to make it 2-1. Martins cored his second on 71 minutes when he followed up a Ryan Dignan effort that was parried by the keeper and then four minutes later Derek Paterson got in on the act as the Vics defence cleared the ball in to the defenders path. On 88 minutes it was 5-1, Bruce Hearn played a delightful pass all of 70 yards to find Ryan Dignan and after he cleared the defender, he lobbed the onrushing keeper with the ball ending up in the back of the net 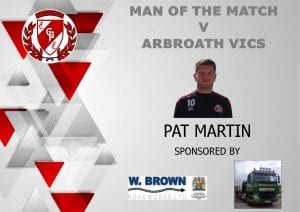