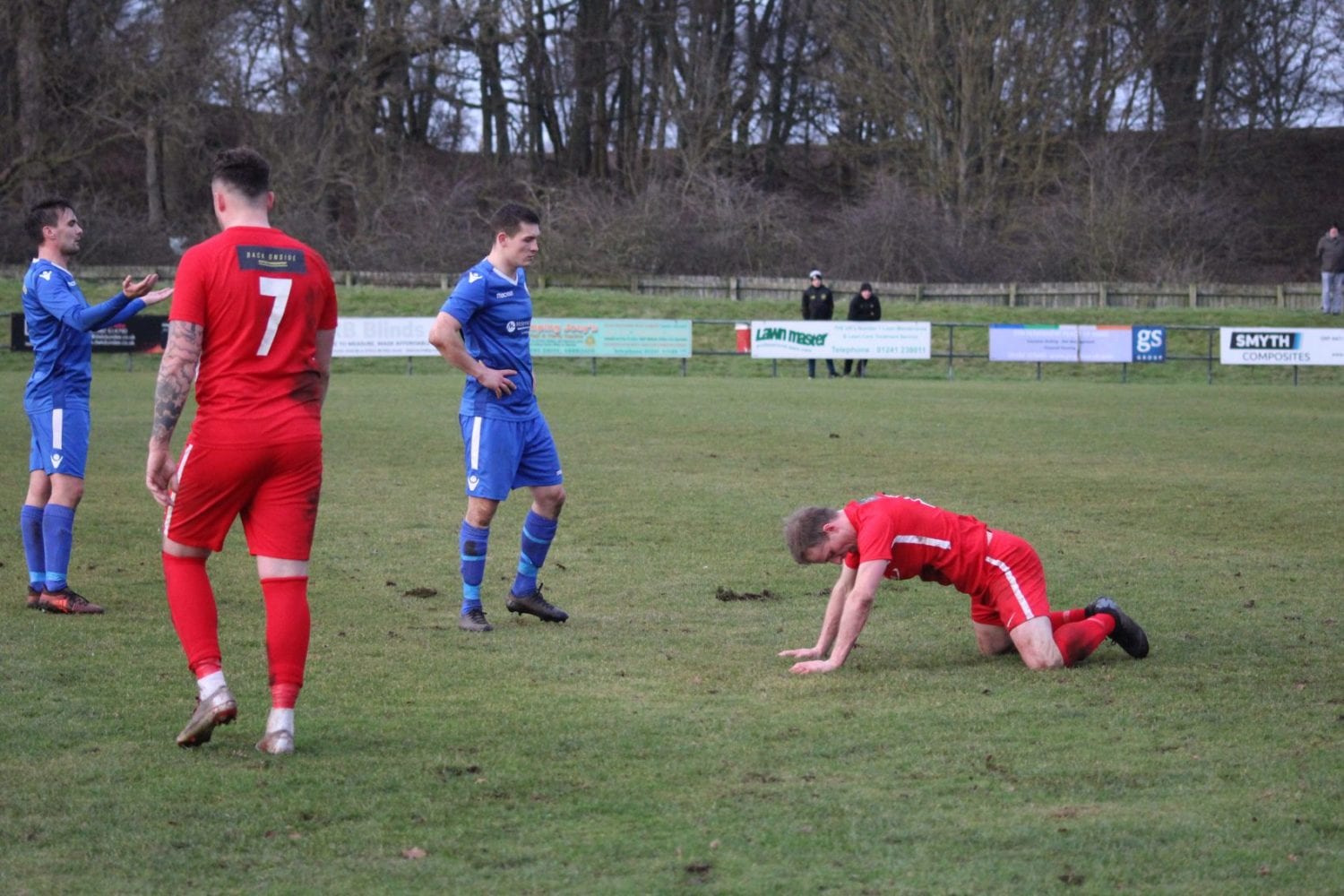 Carnoustie came from behind to win 5-2 against Kirriemuir Thistle at Laing Park and go eight points clear of second placed Broughty Athletic after their nearest challengers game at Downfield was postponed.

Gowfers boss Phil McGuire made one change to the side that beat Scone Thistle a fortnight ago with Jamie Winter returning and Ryan Dignan dropping to the bench.

It was a poor start from Carnoustie and the visitors took a shock lead after just three minutes, the Gowfers defence usually so solid, failed to cut out a cross from the right and Ryan Cormack had the simple task of tapping the ball home. Carnoustie continued to struggle against a hardworking Kirrie side but they eventually got in to the game and equalised  on 35 minutes when a delicate chipped cross from Brian Clark was met at the back post by Gordon Macdonald who nodded the ball home. The Gowfers went in at half time in front after taking the lead on 43 minutes, Steven McPhee found Michael Cruickshank marauding down the left and his cross was crashed home by an onrushing Sam Simpson at the back post.

The second half was just five minutes old when Carnoustie made it 3-1, Brian Clark won the ball in midfield and after a typical barnstorming run he slipped the ball in to Macdonald who beat Daryl Burns in the Kirrie goal, off the inside of the post. Carnoustie were now dominant and on 67 minutes it was Paul McLellan’s turn to get in on the act, Macdonald was hauled down by Blair Mudie but the referee, Greg Soutar allowed the advantage as Simpson dispossessed Robert Smith before feeding McLellan to tap the ball in to the net. Three minutes later McLellan scored his second and Carnoustie’s fifth when he was again on hand to tap home a Simpson cross that wasn’t cleared by Mudie. The visitors pulled a goal back on 76 minutes when a through ball from Ross Grant was missed and Dale Reid seized on the opportunity to slip the ball past Jamie Robbie.

A great end to what has been a good year for Carnoustie and the Gowfers sit proudly on the top of the Super League North but sterner tests will come in 2020 if Phil McGuire’s men are to maintain the top spot.

Forgans of Broughty Ferry Man of the Match 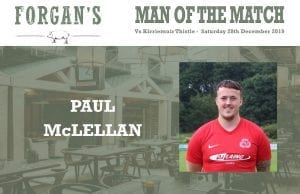