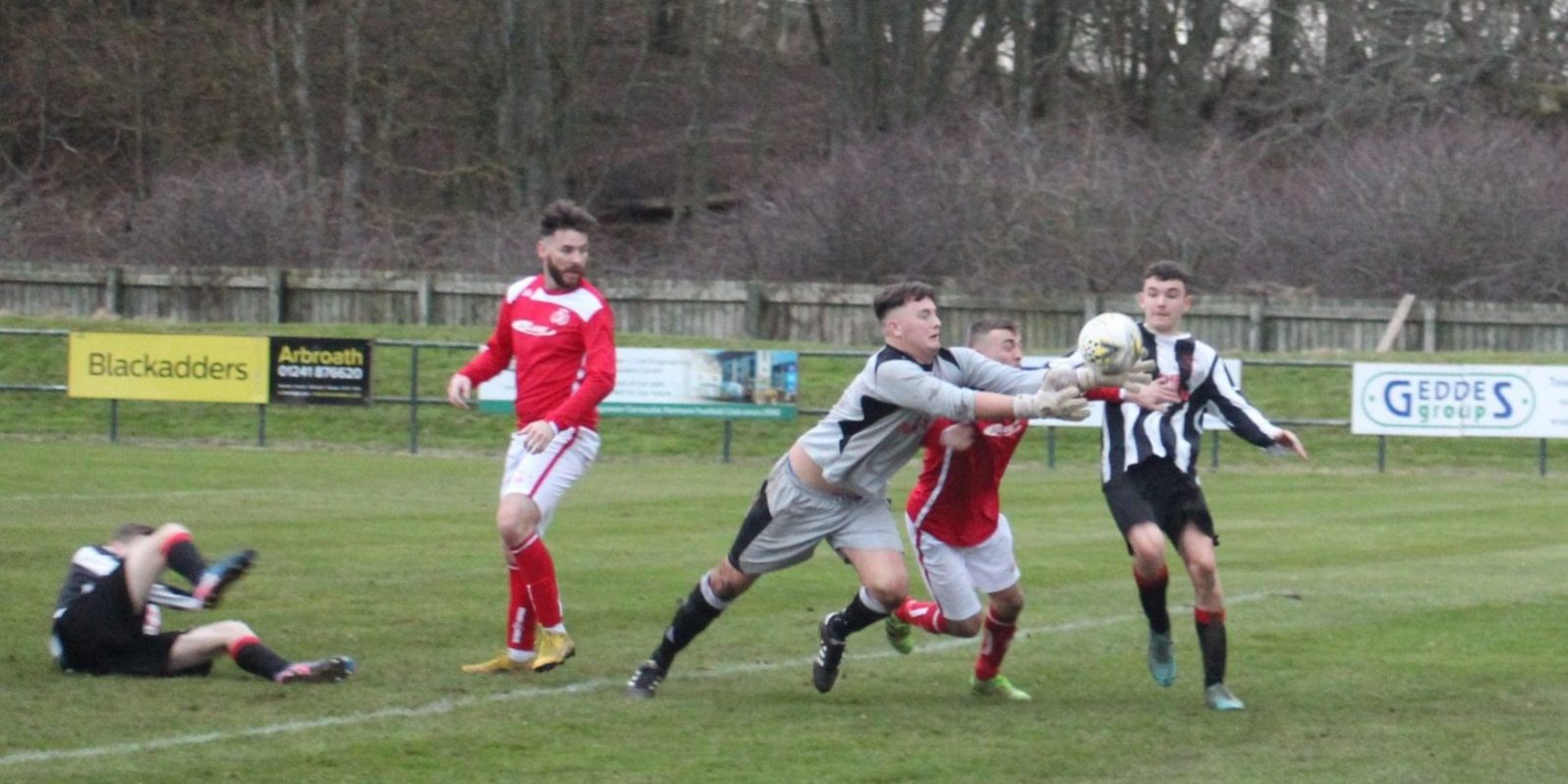 Carnoustie are just a point from qualifying for the next stage of the Thorntons Property East Region League Cup following Saturdays 7-1 win over local rivals Arbroath Vics at Laing Park.

Bruce Hearn missed the game due to sustaining a broken wrist against Troon but Harvey Dailly was back after suspension, manager Phil McGuire opted for a back three with Pat Martin and Ryan Dignan up front.

Carnoustie started quickly and it was no surprise when Jamie McCabe scored the first on 11 minutes then Ryan Dignan lobbed the second on 18 minutes. Pat Martin tapped home the third on 26 minutes from a Michael Cruickshank cross before Jamie Winter rifled home the fourth all be it via a hefty deflection. Martin headed home his second and Carnoustie’s fifth on 40 minutes before Liam Hardie pulled a goal back for Arbroath in first half  stoppage time.

The visitors came back in to it after half time but Cruickshank scored the sixth for The Gowfers on 73 minutes and Harvey Dailly completed the scoring with a seventh with six minutes left.