GOWFERS LEAD BY SEVEN AFTER FIRST ROUND 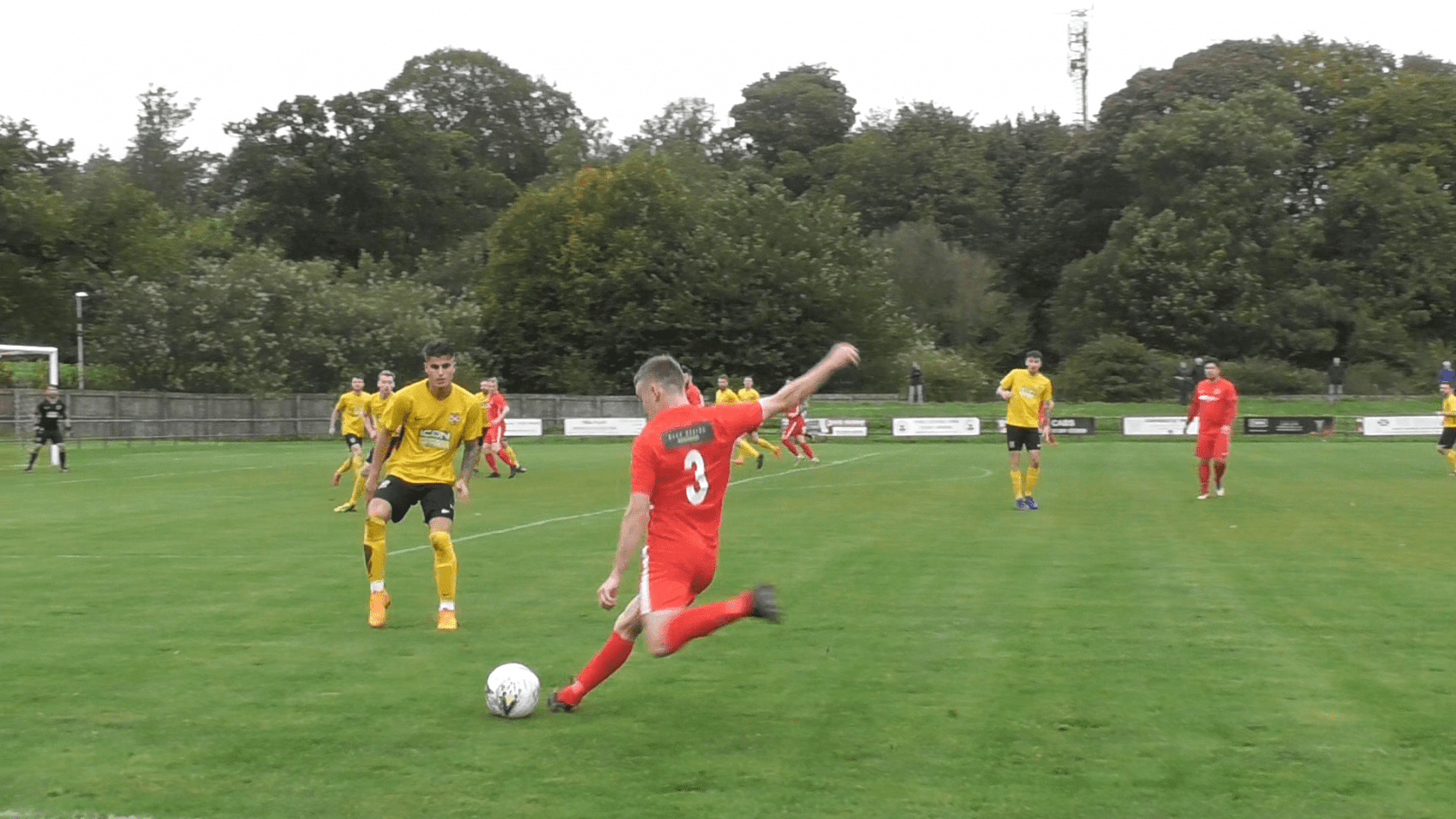 Carnoustie sit seven points clear at the top of the McBookie East Region Super League North after a 3-1 win over Forfar West End at Park completed the first set of nine games. Two goals from Paul McLellan sandwiched a Ryan Dignan header before West End pulled a goal back from the penalty spot late on through Graeme Hart.

Gowfers boss Phil McGuire was forced in to a change at the back with Harvey Dailly suspended, Bailey Steel dropping in to the back three alongside Ryan Roche and Paddy Conway, Sam Simpson and Michael Cruickshank, who was playing his fiftieth game for The Gowfers, were out wide either side of Jamie Winter, Steven McPhee and McLellan with Gordon MacDoanld and Ryan Dignan as the front two.

Carnoustie started well and had good chances to take the lead early on through Cruickshank, Winter and Dignan before West Ends first chance from Graeme Hart went over the bar. The Gowfers were denied a penalty on 9 minutes when Dignan appeared to be pushed but they didn’t have long to wait before taking the lead on 12 minutes. A poor clearance by West End was won in the middle of the park by Conway, and after an interchange with the Winter, the ball was fed to Cruickshank on the left, he whipped a wonderful ball to the back post and McLellan rose brilliantly to power a header past Gary Thain. Despite several chances the score remained 1-0 at the break with Carnoustie on top.

The Gowfers again started well and Gordon Macdonald was unlucky to see a shot from a quickly taken free kick go over the bar then on 68 minutes Macdonald was set free on the right by Winter and his cross was met at the back post by Dignan, who planted his header in the bottom corner of Thain’s net. Six minutes later it was 3-0, a quick throw in by Ryan Roche found Winter, who hit a sweet fifty yard pass to the feet of McLellan, he took the ball on, cut in before curling the ball beyond Thain and in to the net. West End pulled a goal back on 77 minutes, Sam Simpson was penalised for a clumsy challenge in the box and Graeme Hart slammed the penalty past Jamie Robbie but it was no more than a consolation for the visitors who tasted defeat for the first time since Daryl McKenzies departure as manager.