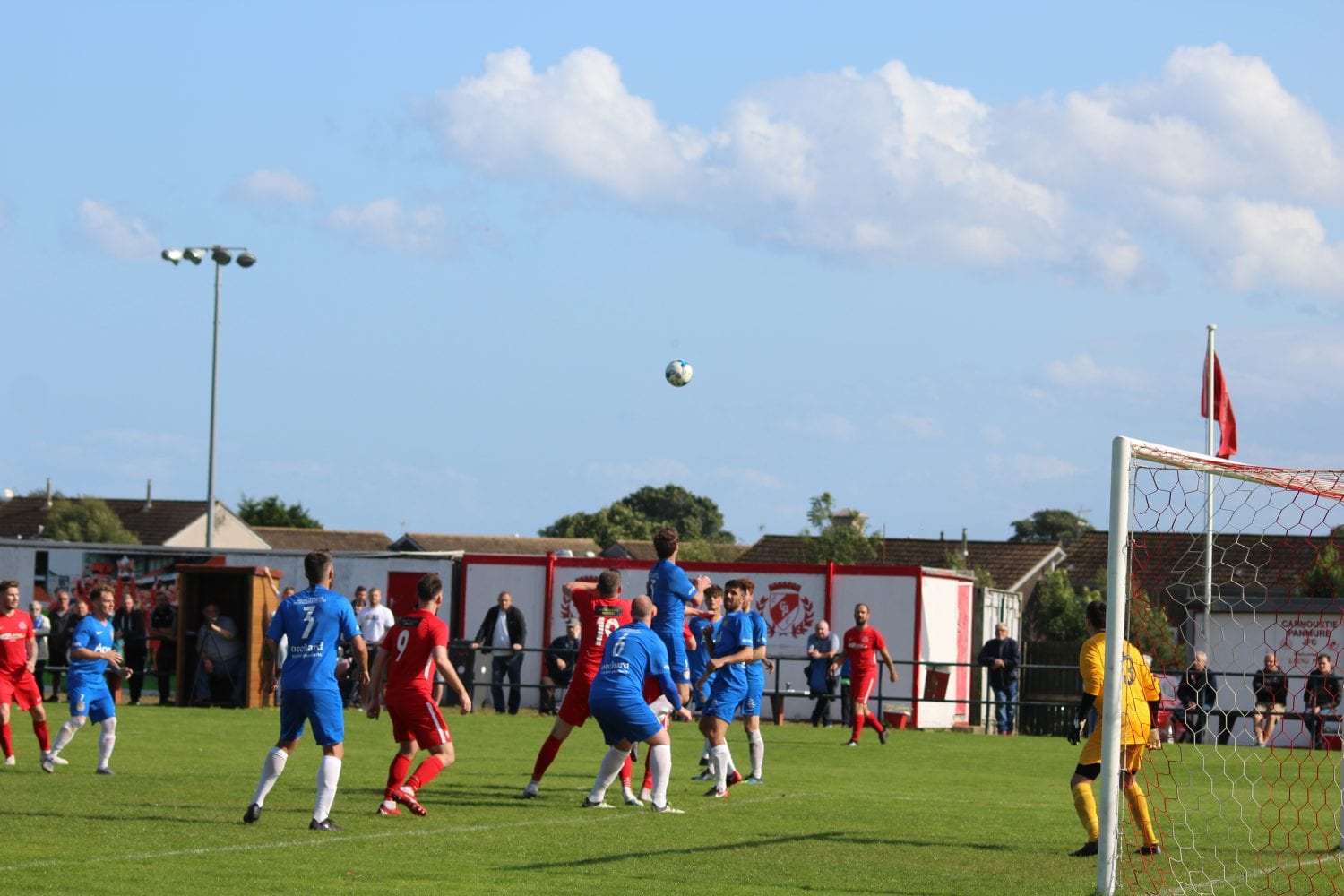 Carnoustie’s unbeaten run in the Super League North came to an end at Laing Park as Lochee United took the points with a 4-2 victory.

Phil McGuire was forced in to changes with Jamie Winter and Paul McLellan injured, Bailey Steel unavailable and Sam Simpson, Pat Martin and Jake Mair away. The Gowfers boss switched to a back three of Harvey Dailly, Ryan Roche and Ewan Buggins with Michael Cruickshank and Bruce Hearn as wing backs, Brian Clark, Paddy Conway and Steven McPhee in midfield and Gordon Macdonald and Ryan Dignan up front.

The game began at quite a pace with both goalkeepers involved early on, Jamie Robbie was forced in to two early saves by McComiskie and Cavanagh. Lochee United were forced in to a change on 29 minutes, when goalkeeper Jordan Miller was injured in a collision with Bruce Hearn and had to be replaced by John Sinclair. The visitors took the lead on 32 minutes and it was shrouded in controversy, a long ball from Cavanagh evaded the defence and as Robbie came out to clear the ball he collided with Kevin Milne and was adjudged to have handled the ball outside the area by the Referee and far side assistant and Robbie was booked and a free kick awarded. Cavanagh took the kick and curled it over the wall and in to the top corner. Both sides had chances to score before half time but couldn’t convert them and Lochee led 1-0 at the break.

Within five minutes of the restart, the visitors were further in front when Cavanagh tapped home from a Logan Davie cross. Carnoustie were stung in to action and appeared to take the game by the scruff of the neck with McDonald, McPhee and Dignan all have chances to pull a goal back. That came on 29 minutes when a McPhee corner was only cleared as far as paddy Conway and when he played the ball back in to the danger area and Macdonald scored from eight yards. Carnoustie at this stage were the better team so it was somewhat disappointing when McComiskie was allowed to head home at the near post from a corner just three minutes later. Carnoustie weren’t dead yet and when McPhee acted quickly to take a free kick, Cruickshank escaped and slid the ball across to Hearn who smashed the ball home to make it 3-2. Lochee came back and three minutes later restored the two goal lead when McComiskie scored from a narrow angle to secure the three points and became the first side to beat Carnoustie.