GOWFERS MAKE THEIR MARK OVER RIVALS 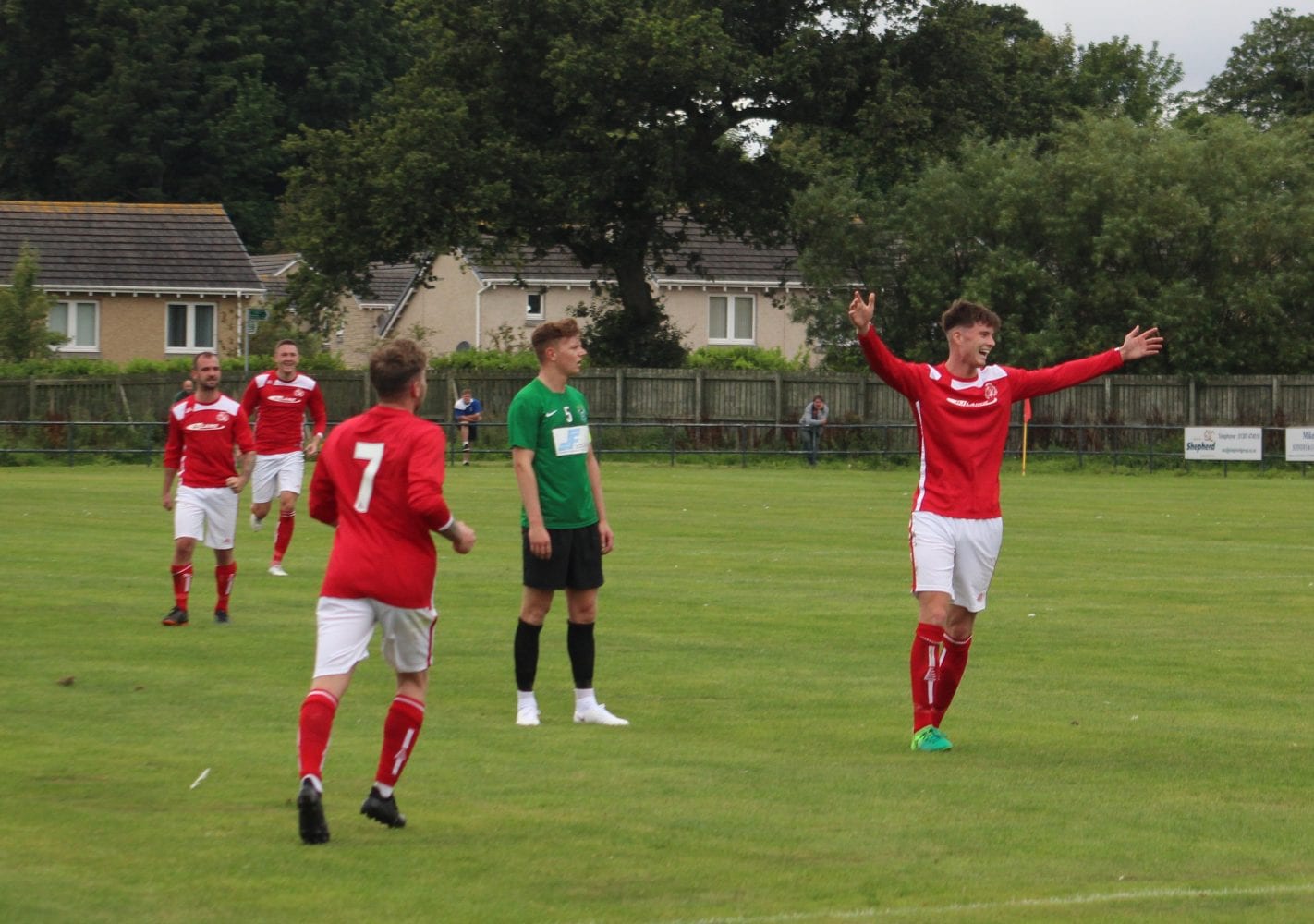 A dominant first half from Carnoustie saw them lead Tayport 3-0 at half time, after the break visitors came back in a tempestuous second half but The Gowfers go through to the Third Round of the D J Laing East Junior Cup after winning 3-2 at Laing Park.

Gowfers boss Alan McSkimming shuffled his pack for the Cup tie, Alan Cormack came in for Jamie Robbie, Bailey Steel switched to right back with Steven Cook on the left, Paddy Conway and Jamie McCabe were in the middle of the park with Steven McPhee and Michael Cruickshank while Ryan Dignan started his first game of the season alongside Mark Smith who made his debut.

Carnoustie started well and took a deserved lead on 20 minutes, a corner on the right was only cleared as far as Jamie McCabe about 25 yards out and he controlled the ball before hitting a wicked dipping shot that caught out Gavin Sorley in the Tayport goal, appearing to go through the keepers hands an in to the net. Eight minutes later it was 2-0, Ryan Dignan was challenged by Jamie Mackie out side the box, the referee played an excellent advantage, the ball was picked up by new boy Smith and the big 6ft6in striker hit a sumptuous chip over Sorley and in to the net again from all of 25 yards, some way to open his Gowfers account. Carnoustie continued to press and tayport seemed unable to cope with the Gowfers high tempo particularly in the middle of the park so it was no surprise when it was 3-0 just before half time, although it did have an element of luck about it. Steven McPhee, who had been excellent in his wide role, found Bailey Steel and the full back swung the ball in to the danger area, Ryan Dignan tried to turn the ball home but couldn’t make contact but the keeper was put off and Steels cross went straight through and in to the far corner.

Tayport made a change at half time, bringing Steven Duffy in to the middle of the park and were much stronger although when they pulled a goal back, it also had an element of fortune about it, a long ball over the top caught out Ewan Buggins and allowed Dayle Robertson to race clear, Cormack raced out but Robertson managed to beat him to the ball and slip the ball in to an empty net. Carnoustie were reduced to ten men on 68 minutes when Buggins was shown a second yellow card and this gave the visitors a further impetuous and when Ryan Suttie headed home a free kick on 78 minutes it really was game on. However, this is where it began to unravel for the visitors, as a decision went against them, Manager Charlie King was sent from the technical area on 88 minutes after volleying water bottle and then 60 seconds later Stewart McConnachie was sent off for a kick out at Ryan Dignan and with that went Tayports chances of pulling level and Carnoustie managed the game to ensure their progress in to Round Three. 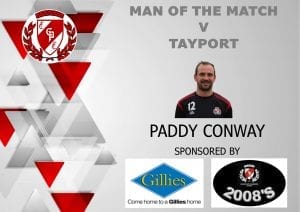