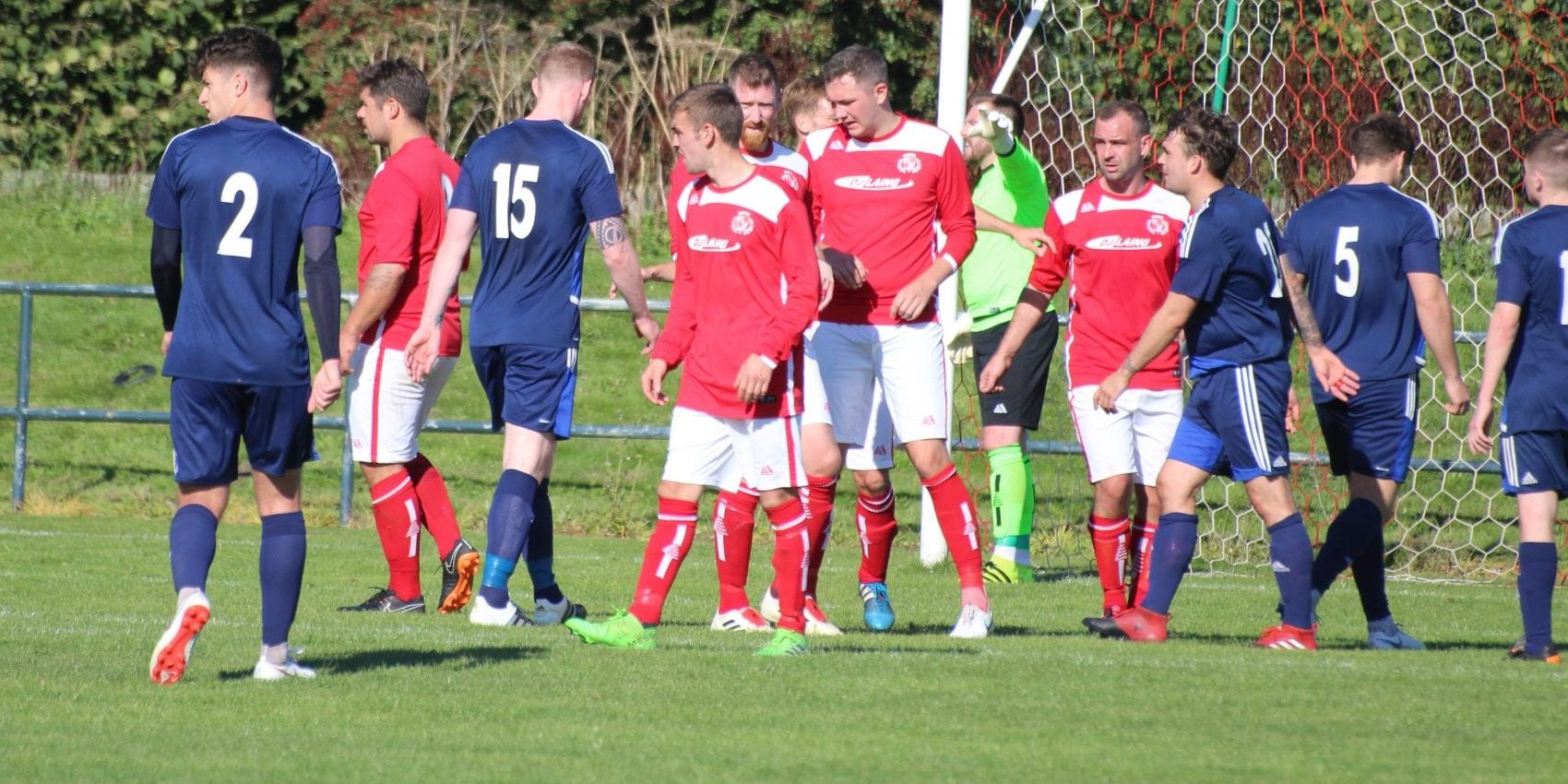 If Carnoustie could play well for 90 minutes it would make life a whole lot easier, last week against Tayport they played well for the first half and managed to hold on despite a poor second half but this week they paid the price as Broughty Athletic did exactly the same to deny The Gowfers anything from the derby at Laing Park.

A expected Manager Alan McSkimming made changes as his squad returned to league action, Jamie Robbie, Jamie Winter and Derek Paterson all returned to the starting line up with Alan Cormack, Mark Smith and Barrie Gourlay dropping out.

As expected the first half started at a very quick pace with the visitors gradually taking control and took a deserved lead on 20 minutes, Derryn Kesson won the ball in midfield, made ground forward before feeding Fraser Smith, the winger took the ball on before firing across Jamie Robbie in to the far corner. Despite being the better team for the rest of the half the visitors failed to take advantage and the score remained 1-0 at half time.

Carnoustie were forced in to a change at half time with Sam Simpson replacing Steven McPhee who had suffered an ankle injury and The Gowfers were level within four minutes of the restart and Simpson was the provider on the right, cutting the ball back to Jamie McCabe who placed the ball beyond former Gowfers keeper Chris McPherson in to the net. Carnoustie continued to press and looked the most likely to go on to win the game until Broughty full back Ryan Blair was shown a second yellow card and the visitors were reduced to ten men with twenty minutes to go. The visitors proved difficult to break down and hit back on the counter and it was one of these attacks that proved to be Carnoustie’s downfall, the ball was cleared to Kesson, who had been a thorn in the side all afternoon, he escaped down the right before finding another former Gowfer in winger Marc Scott and he took the ball on before hitting the winner passed Robbie. 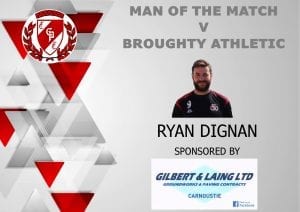