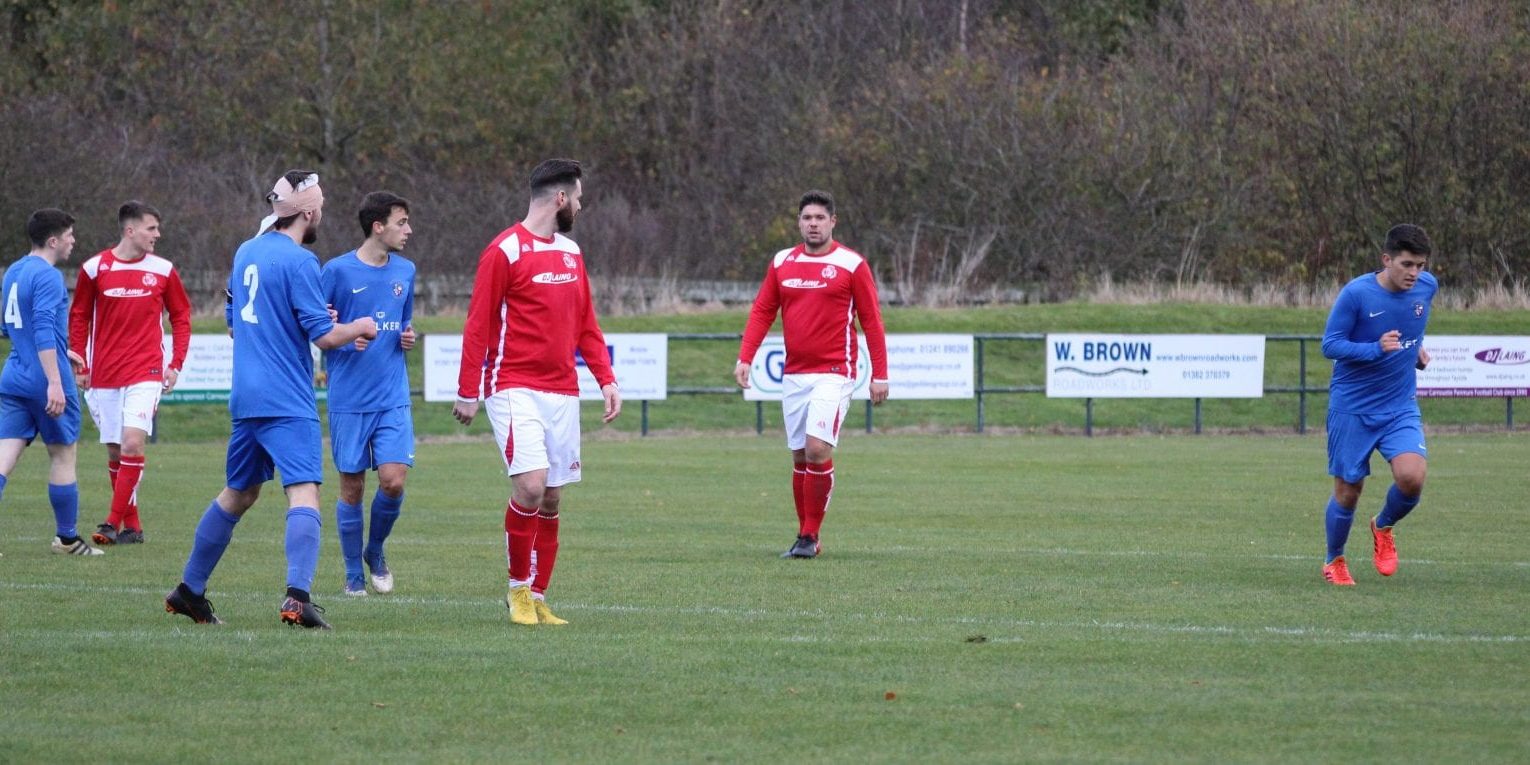 Carnoustie are through to the Fourth Round of the Macron Scottish Junior Cup after a well deserved 5-0 win at Laing on Saturday afternoon.

In his Fifth game in charge, Phil McGuire was forced in to yet another change at the back with Ewan Buggins missing through work commitments, with Derek Paterson returning from injury to partner Harvey Dailly in the fifth different centre defence partnership and Jamie Winter captained the side.

Carnoustie started on the front foot and had the better of the first half without actually scoring but finally managed to take the lead in first half stoppage time, the University defence failed to clear the ball and Bruce Hearn seized on the chance to score his first goal for the club.

The second half was only ten minutes old when Paddy Conway volleyed the Gowfers in to a 2-0 lead after a good move down the right was once again only partially cleared. This broke any resolve that the students had and on 61 minutes Steven McPhee had all the time in the world to pirouette on the edge of the 6 yard box before slipping the ball past the keeper to make it 3-0. Three minutes later and Sam Simpson forged his way past three defenders before curling his shot past the keeper in to the far corner and two minutes later he scored the goal of the game volleying home a McPhee cross. With the visitors well beaten the new manager brought on Vince Edmonds for valuable game time after a lengthy spell out injured but there was no further scoring and Carnoustie comfortable progress in to the next round. 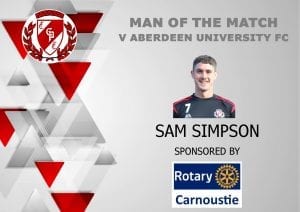