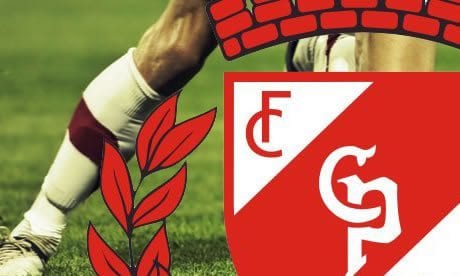 Following last weeks postponement The Gowfers made the trip north to Inverurie for their second round tie in the Scottish Junior Cup against Colony Park.

Carnoustie started in top form and went ahead after only two minutes.

Smith had a shot deflected behind for a corner, which McIlravey swung in.  Somewhere in a goal mouth stramash skipper STEVEN COOK managed to put the ball past the Colony Park keeper.

Five minutes later they had a double chance to increase their early advantage.  McIlravey crossed over to Millar who’s shot was away for a goal kick.  Then Smith became provider crossing for McCabe but the midfielders shot was over the bar.

Carnoustie eventually doubled their lead in the 26 minute, when a driving McCabe was dragged down in the box, up stepped penalty specialist RODDY BLACK to make it 2-0.

In the 35th minute, McIlravey again crossed and Millar was a whisker away from making it 3-0.

Minutes later a McIlravey shot from the edge of the box was saved over the bar, the winger took the resulting corner which was cleared away for another corner giving McIlravey the opportunity to try again.  This time the ball ricocheted around the box and fell to RODDY BLACK to smash it past the keeper to make it 3-0

Only 41 seconds into the second half JAMIE McCABE ran at the Colony Park defence which parted like the Red Sea giving the midfielder the perfect opportunity to make it 4-0.

The Gowfers were now in full flow and number 5 came in the 51st minute when McCabe played a perfect ball through to MARC SCOTT for the winger to slot it past the keeper.

Carnoustie made 3 quickfire changes with Black, Scott and Buggins leaving the match, to be replaced by Simpson, Gray and Gersok.

Just after the hour mark it looked like it was 6-0 when Gray made a great run and played it in to Smith you scored, but the referee deemed it to have been offside.

In the 68th minute Colony Park had their first real chance of any note with a long shot going just over the bar.

A couple of minutes later Simpson drove to the byline and crossed in to PAT SMITH, the young striker with an excellent first time finish to make it 6-0

With time wearing on Carnoustie eased off the gas and Colony came more into the game calling on Cormack in the Carnoustie goal to make a superb save in the 79th minute.

Shortly after the referee blew for full time with The Gowfers going into the 3rd round draw which will be made on Tuesday night.