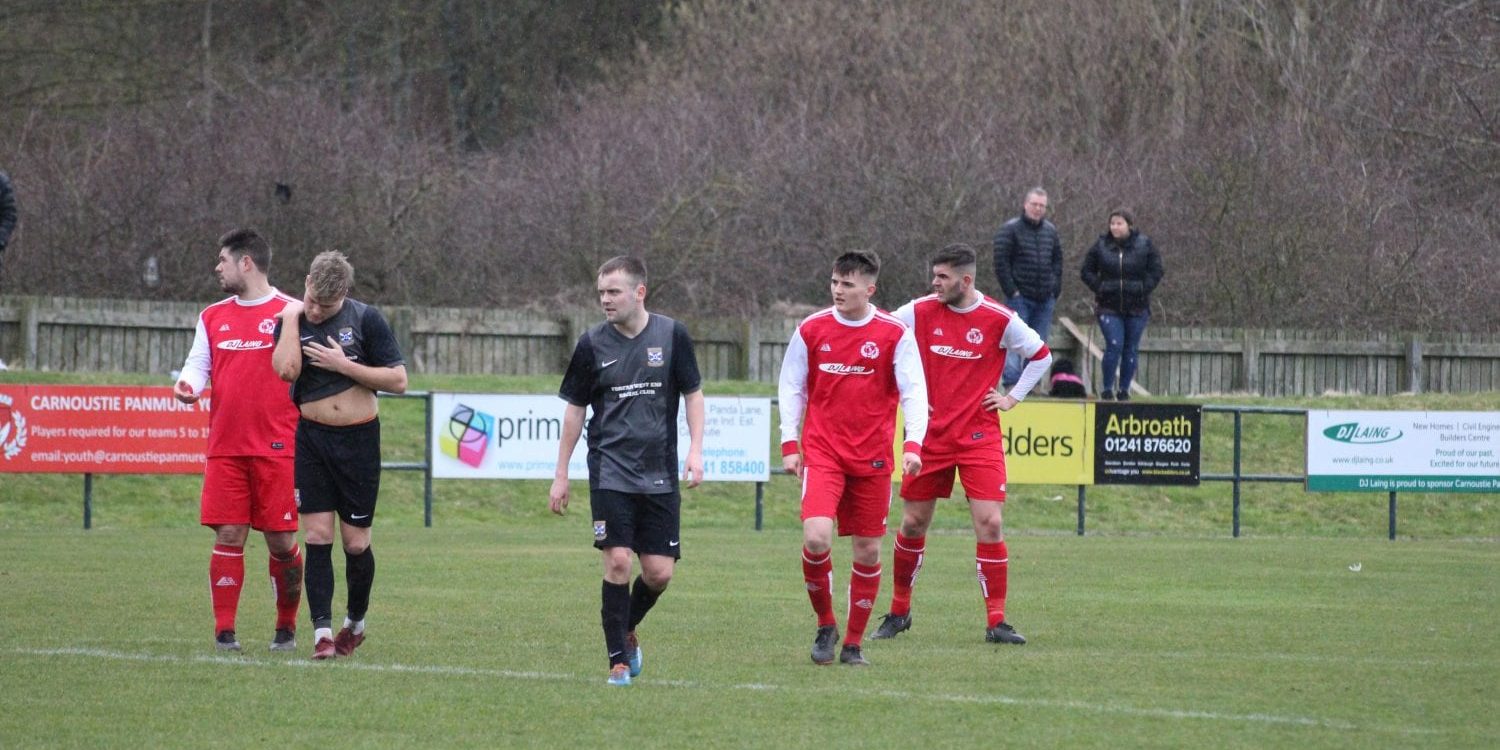 The Gowfers set up with a back three of Ryan Roche, Harvey Dailly and Michael Cruickshank and Jamie Robbie in goal. Sam Simpson and Jake Mair were wing back with Jamie Winter, Bailey Steel and Jamie McCabe in the middle and Pat Martin and Ryan Dignan in attack., West End decided to match up and also started with a back three.

The visitors started the better and were in the ascendency for the first twenty minutes but after that it was all Carnoustie with wave after wave of attacks repelled by Gary Thain in the West End goal.

Carnoustie’s dominance forced West End in to a change at half time with them reverting to a back four, however, it made little difference with Carnoustie on top for long periods and the reward came on 57 minutes, a corner on the right from Jamie Winter was met by Ryan Roche, his header came back off a defender and the big man reacted quickest to smash the ball home. The Gowfers defence dealt with most things with ease and on the odd occasion the defence was breached, Jamie Robbie was on form to kept the visitors out. The decisive second goal came on 88 minutes when Pat Martin raced clear on to Sam Simpsons pass, rounded Thain before sliding the ball home to secure three vital points.

Man of the Match  –  Bailey Steel