GOWFERS TO THE “FOUR” OVER SPIDERS 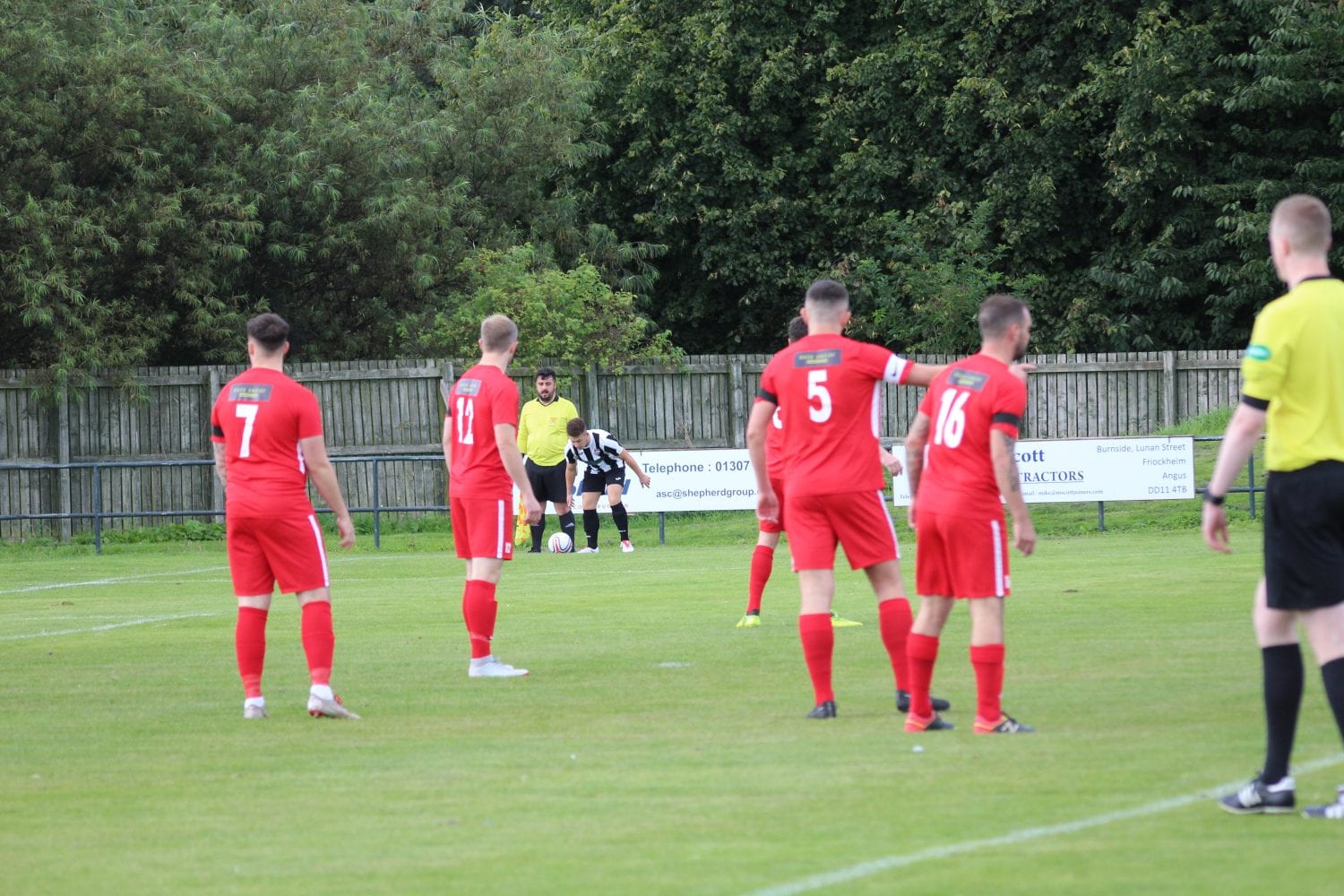 Manager Phil McGuire reverted to a more familiar line up following last weeks defeat in the East Region Cup at Luncarty with Ryan Dignan and Gordon Macdonald partnered in attack. Bailey Steel was only fit enough for a place on the bench after suffering with flue during the week.

Carnoustie started brightly on the front foot and probably should have had the lead in the first minute when Gordon Macdonald was clean through only to shoot in to the side netting. The Gowfers had three or four decent chances to take the lead through McLellan, Winter and Macdonald but either shot wide or at Grant Adam in The Spiders goal. Carnoustie’s task was helped on 26 minutes when Kerr Hay was shown two yellow cards, the first for a nasty challenge and the second for dissent. Ten minutes after the sending off Carnoustie took the lead, a cross from Macdonald went over everybody but found Sam Simpson, who fired the ball back across the goal and an opportunist shot from Ryan Dignan saw the ball beat Adam and nestle in the back of the net allowing the players to pay tribute to Roy Buggins who sadly passed away during the week.

The second half continued in the same vein with Carnoustie dominant, the second goal came on the hour, a clearance by Jamie Robbie was fed to Simpson by Jamie Winter and the wide man beat two men before cutting in and curling a shot past Adam and in off the far post. On 74 minutes it was 3-0, Brian Clark who had been at the centre of a lot of Carnoustie’s good work was brought to the ground in the box and Simpson scored his second goal from the spot. With the game won, Downfield were reduced to nine men when Jonny Snowdon received a second booking and Pat Martin scored a fourth goal, tapping the ball home after Adam had only partially saved a Dignan shot.