GOWFERS TOO STRONG FOR SCONE 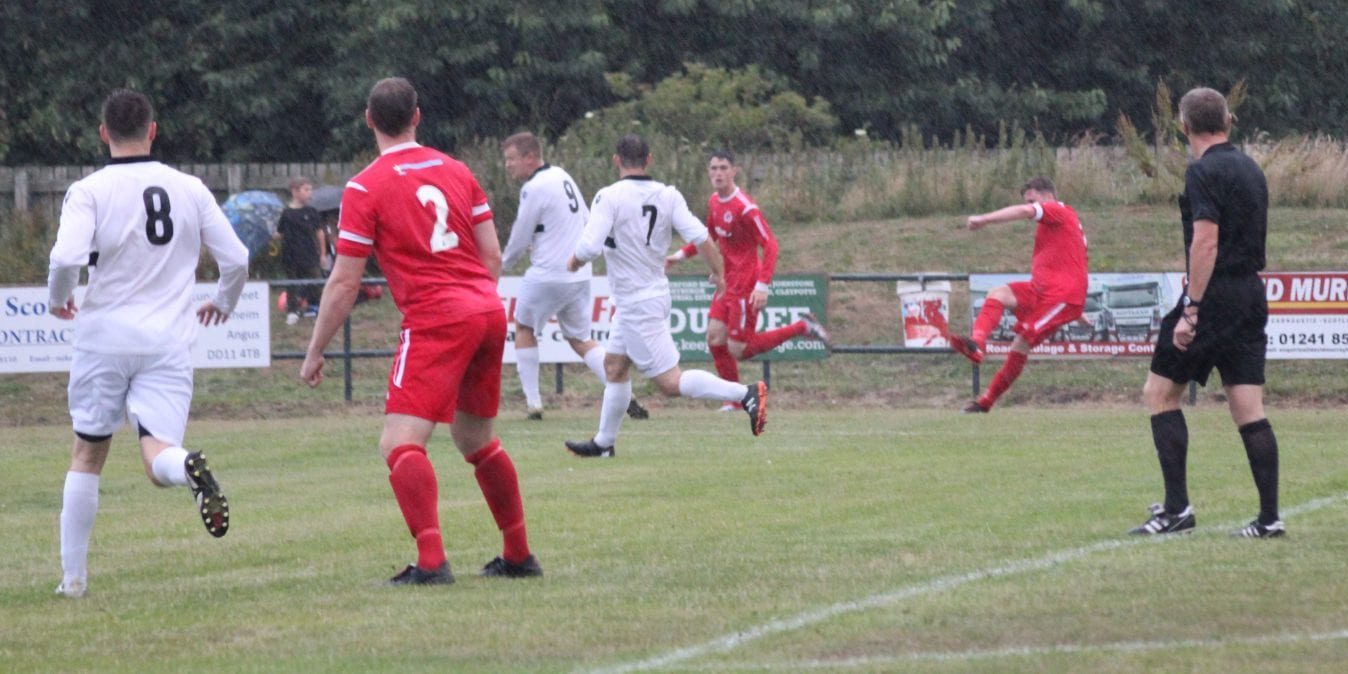 Carnoustie proved to be to strong for a plucky and hard working Scone Thistle at a wet Laing Park on Wednesday night, running out 2-0 winners.

The Gowfers were able to welcome back a number of players that missed last Wednesday’s trip to Fife, in fact the only absentees were Robert Urquhart who was on holiday and Ryan Roche who was injured.

Whatever was said in the dressing room at the break, produced fruit within 5 minutes of the restart, as Jamie McCabe volleyed the ball in to the roof of the net at the back post from an stunning ball from Jamie Winter cross. Carnoustie had a real taste for goal now and the visitors found themselves penned back in there own half for long periods. It was no surprise when Carnoustie increased their lead on 72 minutes and a great goal it was, a slick passing move involving Jake Mair and McCabe amongst others was finished off by Mair clipping the ball past the keeper. 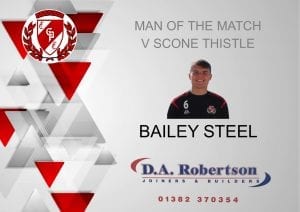