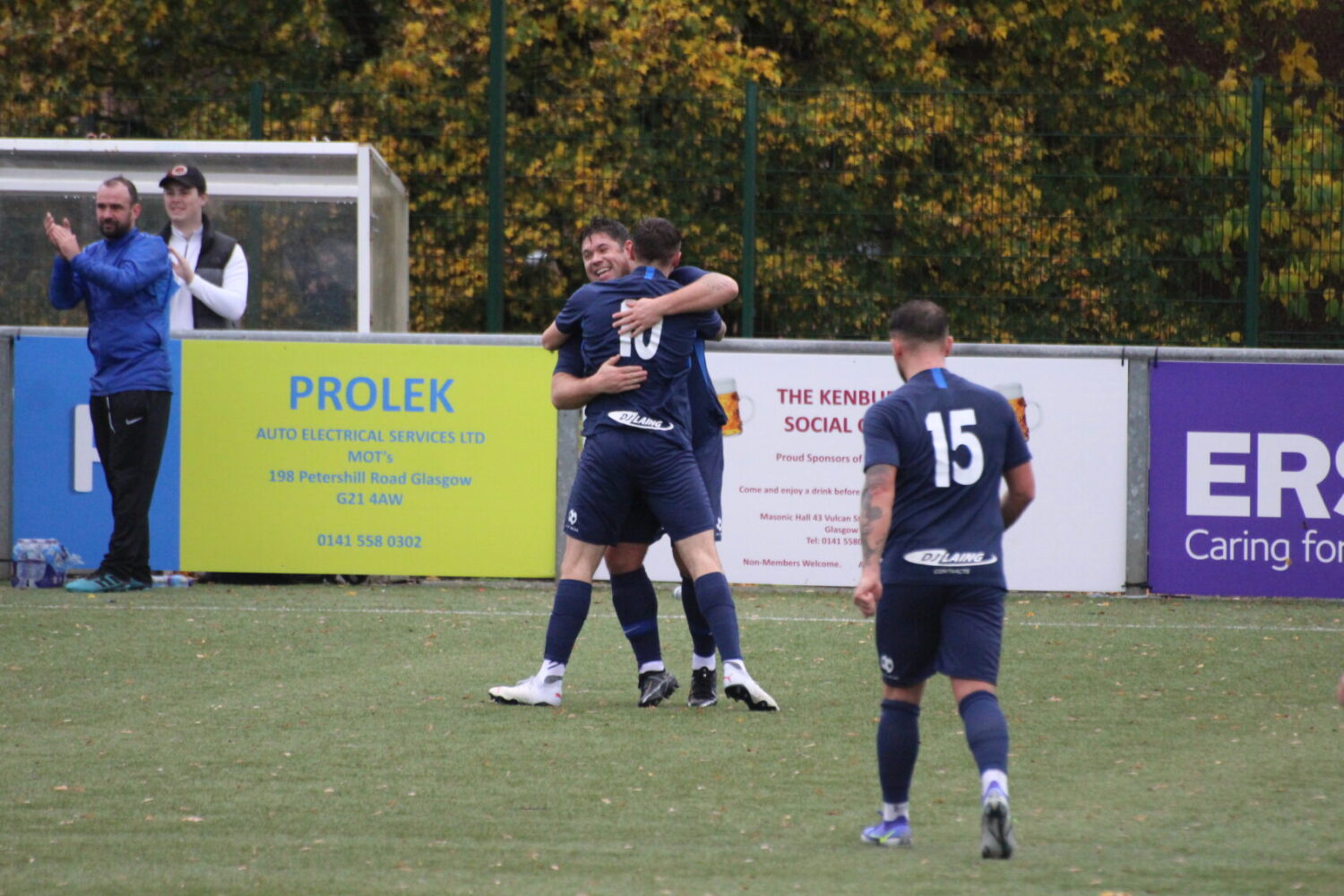 Don’t let anybody tell you that football is a young person’s game as The Gowfers elder statesmen were central to a fine 3-2 victory at Petershill.
Manager Phil McGuire was forced into changes to the side that beat Dundee East Craigie, Ryan Roche was suspended, and Daryl Stephen cup tied so Kieran McWalter and Jamie Winter returned to the starting XI.
Carnoustie took the lead on 25 minutes when Jamie Winter used his wand of a right foot to spook the Petershill keeper who could only watch his free kick curl into the far corner. The home side came back right away and hit The Gowfers with a quick fire double, casting a spell over the Carnoustie defence on 30 minutes through Eddie Ferns and then on 35 through Jordan Shelvey. Following the second goal Kieran McWalter was replaced by Danny Millar with Louis Joyce moving into the midfield.
After the break Carnoustie huffed and puffed but couldn’t weave their magic until Petershill failed to clear a corner and Danny Millar turned the ball home on 82 minutes for the equaliser. Then on 87 minutes Gordon Macdonald who had been a handful since coming on for Dale Reid, went down in the box after an altercation with Petershill skipper, Terry Hewitt and after consultation with his assistant, the referee pulled a red card out of the hat and awarded Carnoustie a penalty. Sam Simpson took responsibility and sent the keeper the wrong way and struck the “Hallowinning” goal, sending his side through to the last sixteen and a tie against Glenafton Athletic at Laing Park