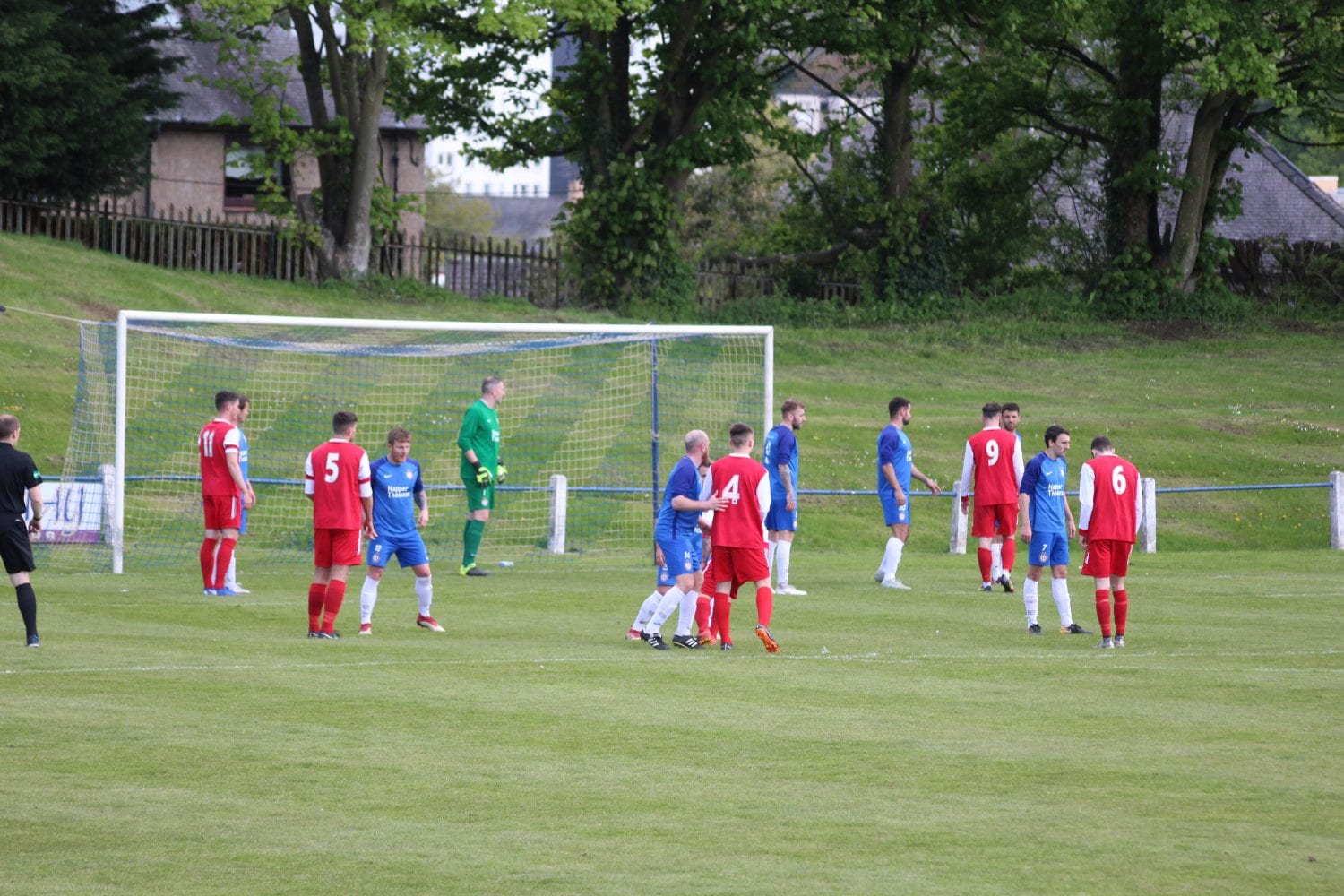 Carnoustie stood toe to toe with the best team in the region for 88 minutes but were undone by a controversial goal at Thomson Park on Saturday.

Manager Phil McGuire made two changes to the side that beat Dundee North End on penalties in the East Region Cup in midweek, Jamie Winter, who limped off with a thigh injury was replaced by Liam Scott and Pat Martin was replaced by Gordon Macdonald.

It was a scrappy start to the game with neither side getting a foothold, until the 7th minute. Carnoustie failed to clear the ball on their right and Dougie Cameron was allowed space to push forward, clip the ball in to the danger area for Connor Birse to flick the ball goalwards, Jamie Robbie managed to get his hand to the ball but only managed to tip the ball on to the inside of the post and in to the net. Carnoustie were level within three minutes, once again Dougie Cameron was involved, this time the Lochee man was dispossessed and the ball fed to Macdonald, the striker held off the challenges of two defenders before hitting the ball beyond Mark Fotheringham and in to the net. Both sides had chances to add to their tally but neither threatened the goalkeepers in addition both sides were getting annoyed by some strange decisions from the officials.

Carnoustie had to make a change at the break with Jake Mair replacing Bruce Hearn who had received an injury in the latter stages of the first half and the visitors arguably started the second half the brighter. The bizarre decisions continued from the match officials and spoiled what was a competitive game played in the right spirit. As the half wore on Lochee began to gain the ascendency with Jamie Robbie the busier of the two keepers. On 62 minutes Fotheringham was very lucky to avoid punishment from the referee after he poleaxed Macdonald outside of his box then on 75 minutes Sam Simpson appeared to be brought down in the box but the referee decided he had dived and he was booked (the first yellow card of the game) for simulation. Two minutes later and Lochee scored the winner in highly controversial circumstances, United were awarded a free kick on the left and as the ball was swung in, Ryan Roche received a head knock and slumped to the ground motionless, play was allowed to continue and as Jamie Robbie came out, Scott McComiskie  challenged for the ball and it ended up in the net, with most people in the ground expecting the referee to disallow the goal, he signalled to the centre circle before then checking on the prone Carnoustie man. Carnoustie were incensed and Steven McPhee was booked for his protests.

Disappointing that oddball decisions have turned the game once again but the Carnoustie players should be proud of their display against a team that will be champions.