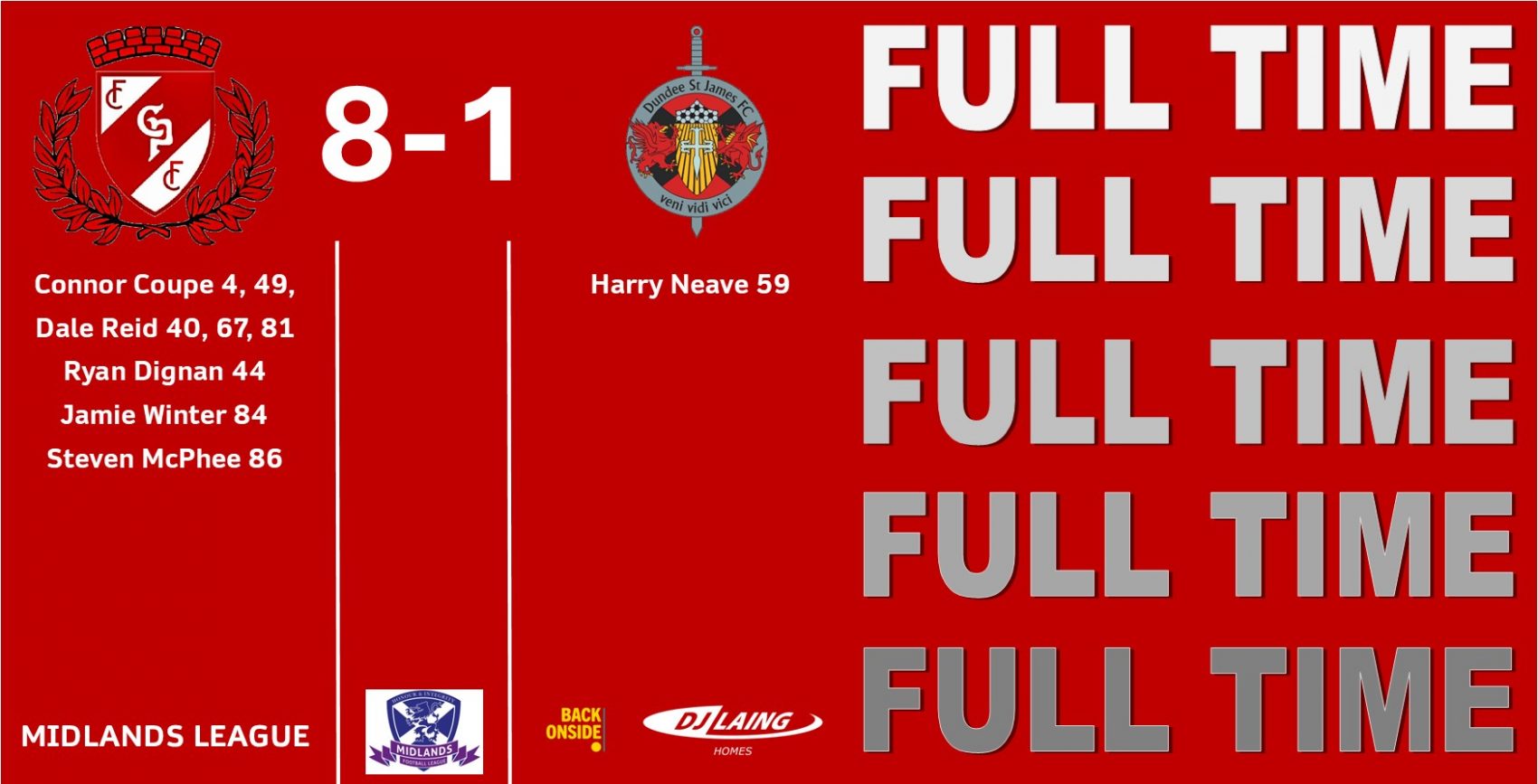 Carnoustie Panmure extended their lead at the top of the McBookie.com Midlands League with an 8-1 victory over Dundee St James at Laing Park with leading scorer, Dale Reid scoring a hat-trick of headers.

Gowfers boss Phil McGuire was up against it selection wise and was without Sam Simpson who was getting married along with Pat Martin and Bailey Steel who were attending the wedding, while Robert Smith who was at another wedding. Jamie Winter, Connor Coupe and Cammy McMahon all returned to the starting XI, while the bench was made up of Ryan Roche, Paul McLellan, Paddy Conway and two trialists.

Carnoustie took the lead after only four minutes, Connor Coupe picked the ball up on the left before taking a shot from 25 yards the deceived the keeper and ended up in the net,

It wasn’t until the 40th minute that Carnoustie doubled their advantage when a corner from Steven McPhee was headed back across goal by Ryan Suttie allowing Dale Reid to head home at the back post.

Four minutes later it was three, Finn Kemlo won the ball in the centre before finding Reid who slipped the ball through to his striking partner Ryan Dignan who made no mistake slipping the ball in to the far corner.

Coupe scored his second on 49 minutes, a poor kick from the visitors keeper found McPhee who in turn set Dignan free on the left and his cross in to the near post was headed home by the winger.

Bruce Hearn blotted his copy book with a booking on 70 minutes and then a second booking, four minutes later and Carnoustie were reduced to ten men.

The reduction in numbers failed to hold Carnoustie back and Reid completed his hat trick on 82 minutes when he headed home a Jamie Winter corner.

Back Onside Man Of The Match  –  Dale Reid 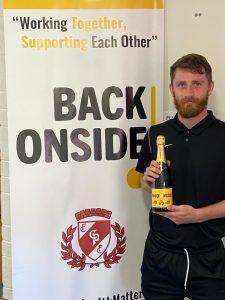