I WANT CARNOUSTIE TO BE PROUD 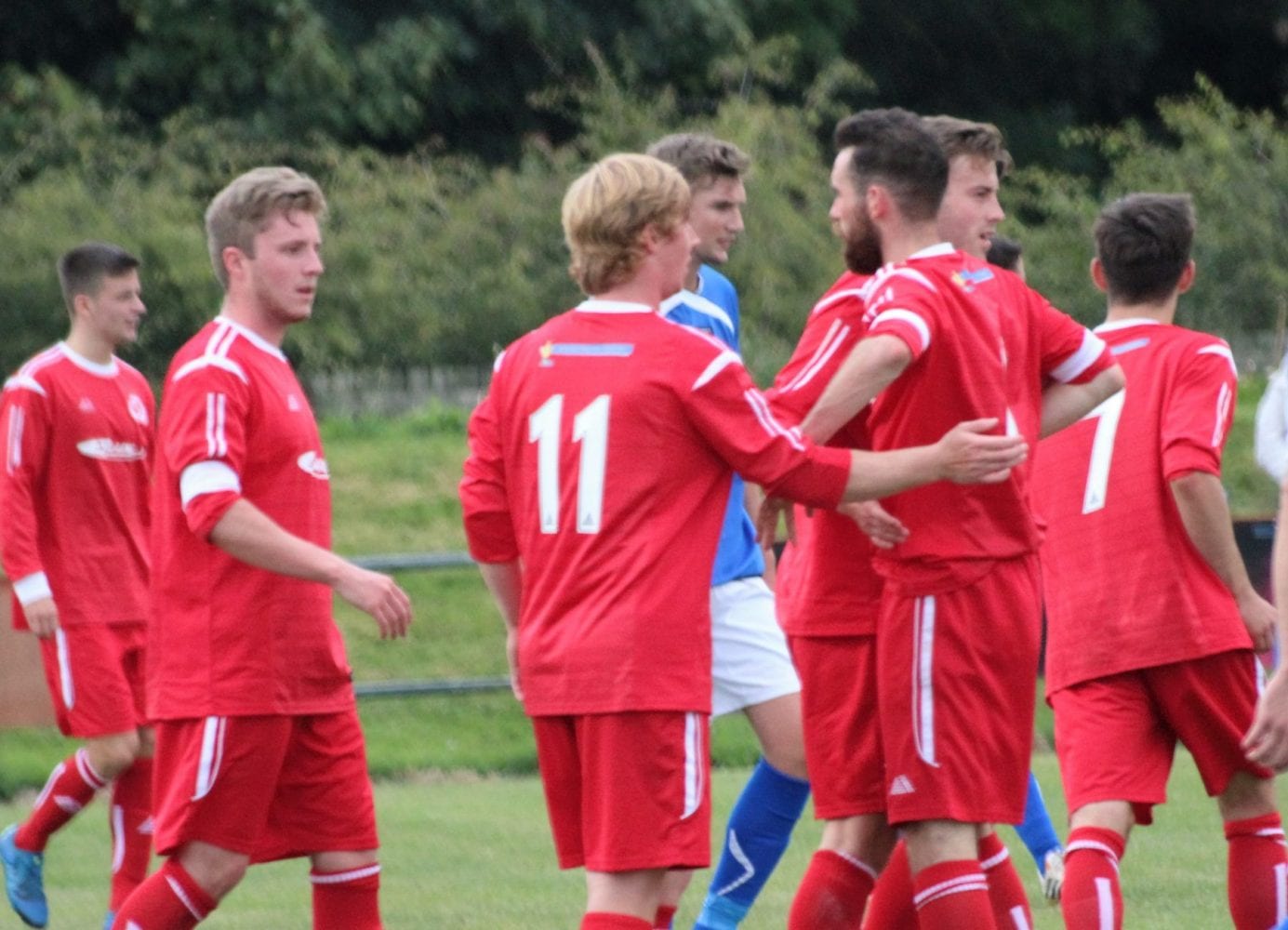 This weekend see’s the transfer window shut for Junior clubs but it is off the field that Carnoustie Panmure have made additions with the arrival of Phil McGuire and Michael Spence to the club. It is with the development of the club in mind that the two men have been added to the hard working team behind the scenes at Laing Park.

We took the chance to speak to General Manager, Mark Johnson and started by asking him about what areas the two additions will be involved with.

If I am honest we have wanted both Michael and Phil to join the club for a while, Michael moved to the area from Edinburgh where he was involved in the community with Hearts and we have been speaking about how his experience in that field would be a benefit to us, then his path crossed that of our Commercial Manager Gavin Harrison at the Dementia group that we are part of. Once he was asked he was only too pleased to come on board. We hope he will be able to fill a similar role in the community for us, Carnoustie is important to us and to a degree has been forgotten a wee bit but we are proud of the town and we want the town to be proud of us.

It is no secret that I have known Phil for the best part of four years since Jim Hardie brought him to St Andrews United and we worked closely together when he became manager there. I know how Phil works and know that he is as sharp in business as he was in a tackle but also he has a wealth of knowledge of youth football and we want him to oversee our involvement with the community club and to create definite pathways from the Community Club through to us. He will also be involved in other areas where his knowledge and ability can be best utilised to grow the football club off the pitch.

Is it important to have such a strong team off the park ?

I think its vitally important, for years the club has relied on David Laing for everything, I didn’t realise quite how much to be honest but after David’s decision to take a step back it’s been a battle to say the least, at time I have felt like the Captain of a yacht sailing in to a force ten gale but the wind has eased a bit although it still feels like it’s against us a bit. To come as far as we have in a little over twelve months is down to the guys in the background as well as those on the pitch. Prime example is the playing surface at Laing Park, parts of it were a problem and it was often one of the grounds to have games postponed first after heavy rain but during the summer the team worked hard and have maintained that work resulting in us not losing a game this season due to rain. Everybody does their bit off the park which leaves the manager, coaches and players to do their stuff.

How will things work going forward ?

We are probably very different to a lot of clubs because the manager has been involved in all of the decision making since he took over as manager building the right team on the park but more importantly for the club, building a new style structure off the park to support his vision for the club. He is Mr Carnoustie, I know it’s a bit of a cliché but if you cut Alan then he bleeds Panmure. The addition of Michael and Phil will take away some of the things he has been doing, leaving him to do the job we want him to do, manage the team. Don’t get me wrong we don’t have any complaints but I bet his family do and getting the work/life balance right is vitally important, remember most of us do this job for the love of the club and the game.

What is in the future for the club ?

Who knows ? we aren’t quite mathematically safe just yet but it would take a major turnaround for us to get dragged in to the relegation battle but hopefully we can beat last seasons record points haul and finish in the top half of the table. I would have loved to have got to the final of the GA Cup but that wasn’t to be but we still have the East Of Scotland Cup to go for and personally I have a soft spot for that competition, having won it at St Andrews United but next season I want to be up there as the top club in the area with a bit of silverware in the cabinet and challenging the top clubs on a regular basis with local players brought through from the Community Club. Primarily I want Carnoustie to be proud of the club and be a major part of life in the area.