“I WON’T BE A SEARGENT MAJOR” JAMIE WINTER 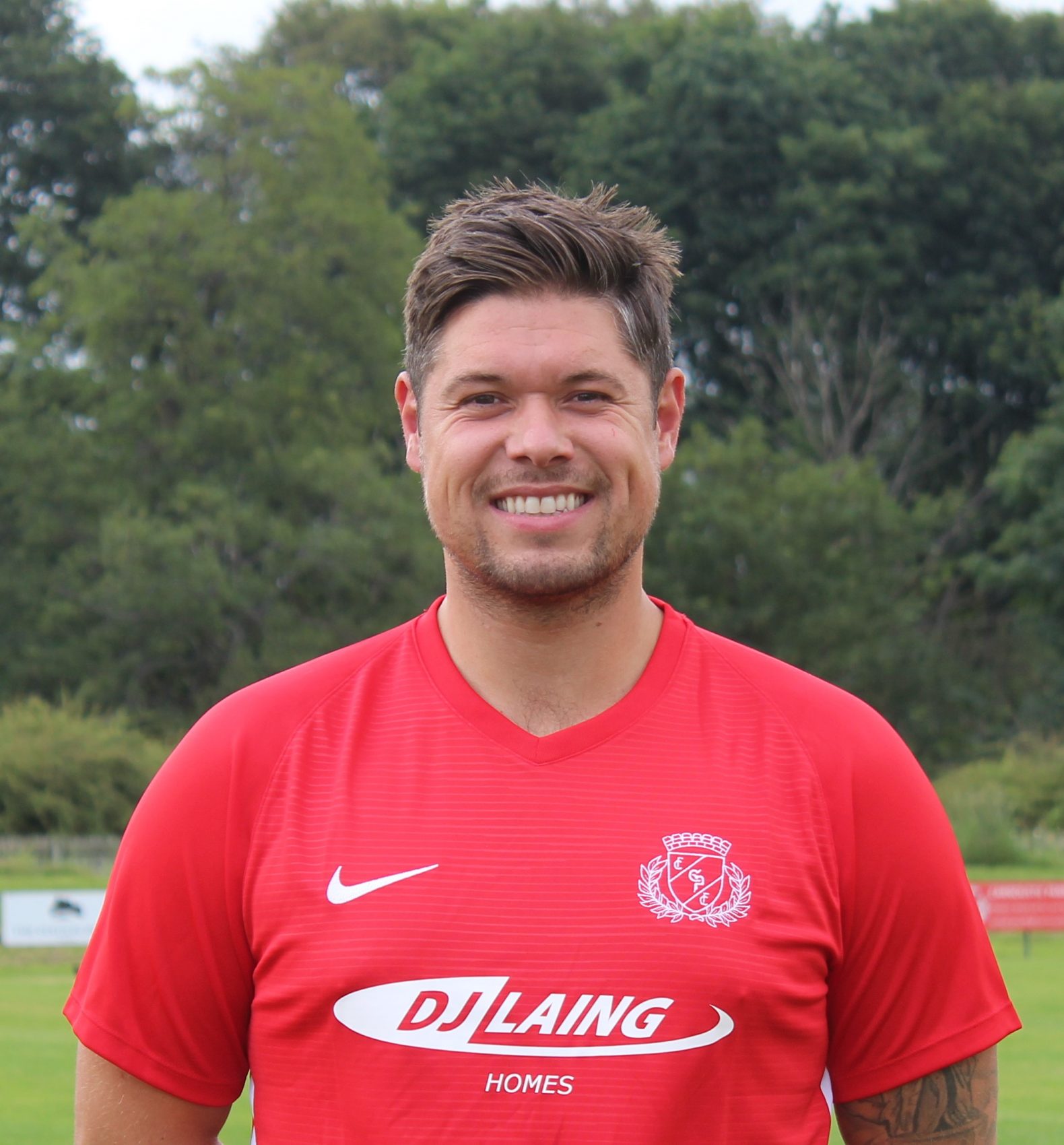 In our match programme on Saturday against Arbroath Vics, The Gowfer, we carried an interesting interview with midfielder Jamie Winter who, as part of his new deal, has joined Phil McGuire’s coaching staff. For anybody who didn’t get a match programme, enjoy the interview below.

This week the club announced that midfielder Jamie Winter had agreed a new two year extension to his current deal and that, as part of the deal, he would be joining Phil McGuire’s coaching staff.

We sat down with Jamie for a chat about the next stage of his career.

His career began at Aberdeen before moving to England, joining Leeds United. After  four years at Elland Road, he returned to Pittodrie, before heading back south to join Chesterfield.

His career then took him to Formartine United, Broughty Athletic, Montrose FC, back to Broughty before he saw the light and joined us at Laing Park.

I started of by asking  Jamie if had always seen him  taking the coaching route, as his playing career came to an end

“No, if I am totally honest, moving in to coaching was never something that I have looked at or aimed for. I have always focussed on playing as long as I could , then deal with what happened when the time came.”

During his time Jamie has worked under a number of coaches and I asked which ones had left an impression on him.

“I have been very lucky to have worked with some really top coaches. What I found was that most of the time, it was the same message being passed on to the players, just being approached in different ways. I learnt a lot from Brian Kidd and Warren Joyce at Leeds then Jimmy Nicholl was fantastic, he would              approach sessions so you were always learning  and then Stewart  Petrie, now the  Montrose manager , when he was at  Broughty, he was a brilliant coach and someone that I was always learning from, even at the back end of my career.”

“I will certainly not be a Sergeant Major type that’s for sure !, I would like to think I am an approachable guy and will leave it to the players. They need to want to learn but always look to raise the bar and have the standards pushed high at all times.”

Jamie has known the Manager, Phil McGuire for a number of years and there are also  family ties, Jamie is Phil’s brother in law, but most of all, they are football men and understand the game.

I asked Jamie how Phil has developed his coaching ethos and how that fits in with his own thoughts.

“Over the past few weeks as we have had discussions you see the real ambition not   only from Phil but from the club itself. Phil has picked the good bits from all the  managers he has worked with and has developing an enjoyable, interesting and functional atmosphere but there are still a number of exciting plans on and off the field and they have definitely made my decision to stay and be part of it ,a lot easier.”

Five minutes to go in the Scottish Cup Final, we are 2-1 down to Rangers, all your subs have been used, what do you do ?

“Well, my adopted son, Big Rochey fancies himself as a goal machine after his couple of recent goals so I would probably throw him up top and hope for the best !”