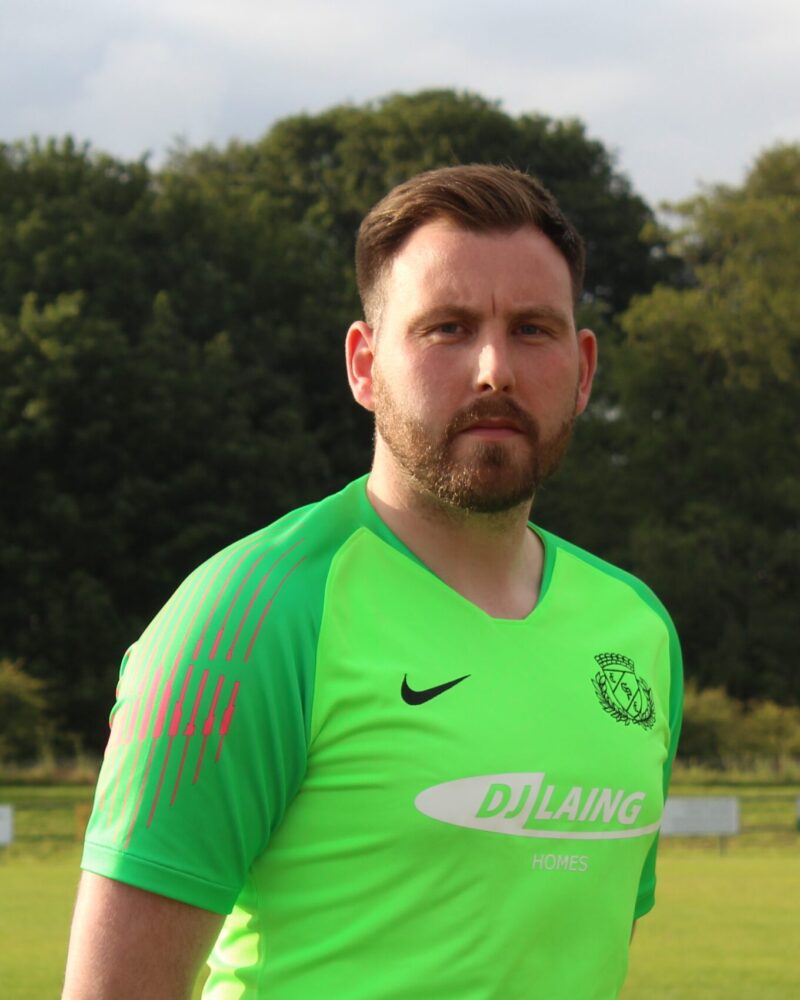 Sadly, as a result of the knee injury he picked up at Lochee United last season, goalkeeper Jamie Robbie has decided to call it a day and retire from football.

I sat down with Jamie for a chat about his decision

Shortly after the injury, Frankie was born, how much did that impact on your decision.

Absolutely it had a big impact, it was getting to the point that 2-3 days after training I couldn’t bend over or kneel down which obviously isn’t ideal with a little one!

Amazing. I think having the Cup and the League Winners medals has made retirement an easier decision, especially the league. There was a real drive from the boys to win the league after the ‘Void’ season and to be part of that was special.

It’s easy to say now but there was a feeling within the dressing room for most of the season that we were going to win the league. The hunger, belief and togetherness – that was the best season I have been part of.

What does being part of last season’s League winning squad mean and although you didn’t get chance to play in it, being in the Scottish Cup ?

It was a brilliant year all round topped off with qualification for the Scottish Cup. That was my main reason for giving this season another go despite knowing I was carrying an injury. It was great to part of that and the crowds that attended showed how much it mean to Carnoustie.

You have worked with a few younger keepers while you have been at the club, what is the one bit of advice you would give an upcoming keeper ?

Don’t get frustrated, mistakes will happen – especially at a young age. Goalkeepers can be the hero or a villain – just be somewhere in the middle and you will do just fine.

So what’s next ?, sitting on the beach somewhere hot with Ashley and Frankie or maybe, having seen the picture of you on a tractor, you might become a gentleman farmer, I am sure Cruicky could do you a deal on equipment.

Ha ha, I’ll leave the farming to Cruiky! I’m hoping to get out on the bike a lot more but will still be coming to as many games as I can.

There a few that I can think of – my debut, away to Bo’ness, we lost 4-0 and was blamed for all four goals! (Played the next week though – sorry Big Al).

The Quest Cup Final from a personal point of view, but the one that really sticks out is the West End game to win the league. That’s the most nervous I have seen the lads before a game but when we went out and started playing, it was only a matter of time before getting our hands on the Trophy. To have all the families with us after the game and then at the Presentation later that night was special.

Before I go can I just give a huge thank you to everyone at the club, the past seven years have flown by and has been amazing. Tam, Andy, Peter, Mark and all the committee have been brilliant for me and of course the Coaching Staff and all the boys I have played with. Wish you guys every success in the future!