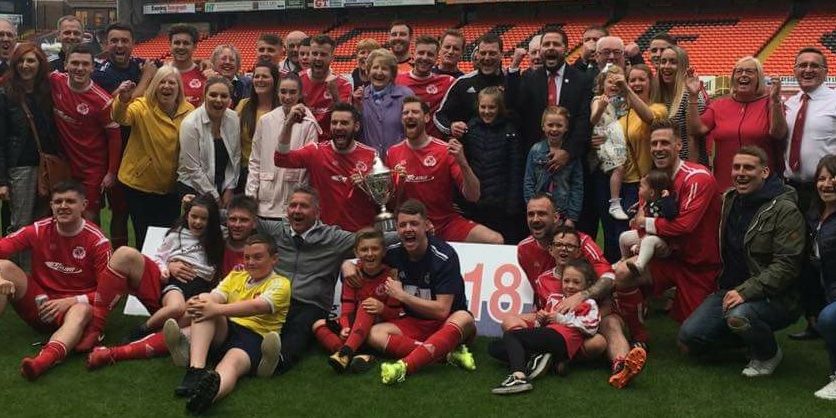 Thursday evenings EGM of the East Of Scotland League finally confirmed that 13 more Junior clubs were leaving the East Region of the SJFA and joining the EOSL and the SFA Pyramid.

General Manager Mark Johnson spoke of his disappointment that the region had lost a large number of clubs but insisted that the Juniors were alive and kicking in Tayside and Angus, “I am really disappointed that a large number of clubs have decided to leave the Juniors, we as a club voted in favour of the Juniors being part of the pyramid but never wanted it to lead to the mass departures that have occurred. We had been told at an early stage that because we were part of the East Region we would be able to follow the planned Junior pathway in to the pyramid. However, that would have needed the SFA to move the border between the Lowland League and Highland League at that isn’t going to happen so should we look to progress through the pyramid then we would have to follow the Highland League route,  had we even considered the EOSL route like the defecting clubs it was never a viable option ”

“It is time to move on, we now know who is left and we have 37 teams, so the East Region still exists and it is my belief that we will still have a competitive Super League next season, without doubt it is not perfect, their are problems but we are committed to working alongside the region and the SJFA to move on from a difficult situation. Next week we will meet with the other clubs and look at set ups for next season, something we haven’t been able to do as clubs heave kept it to themselves that they are leaving. Once we have a league set up it is up to the clubs to make it work and to make sure the supporters know what is going on.”