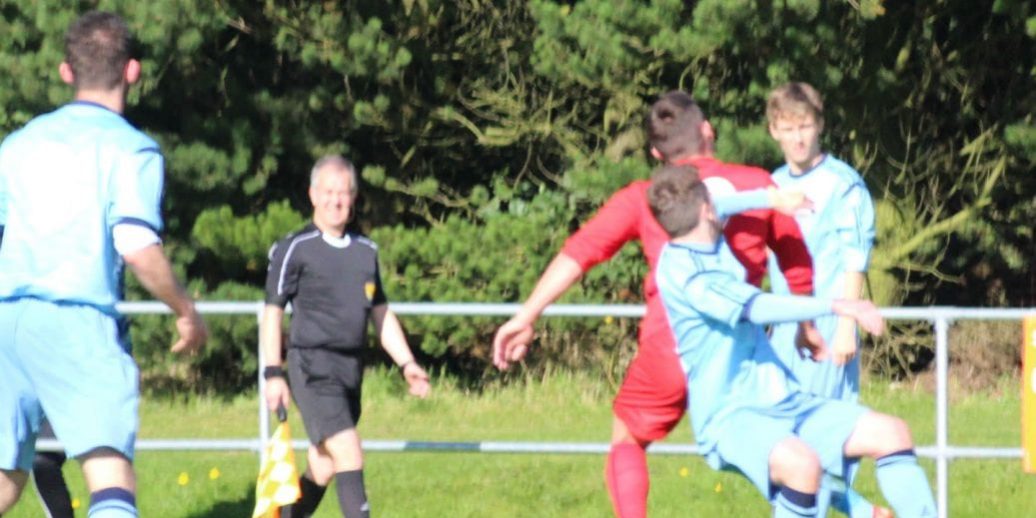 Carnoustie left it late to equalise for a second time as they earned a deserved point away from home at Park View against Fauldhouse United.

After a particularly uneventful first half the game was ignited after just 35 seconds of the second half when the Fauldhouse took the lead after poor defending by Carnoustie.

Panmure battled back and got a deserved equaliser just after the hour when a Fauldhouse defender bundled the ball in to his own net. Once more poor defending led to Fauldhouse retaking the lead on 71 minutes.

Carnoustie were denied what looked to be a clear penalty on 86 minutes for handball and amid the protestations, Sam Simpson was shown a red card for comments to the referee.  Carnoustie continued to look for an equaliser and in the sixth minute of injury time, Ewan Buggins rammed the ball home from close range to earn The Gowfers a valuable and deserved point.

Following the goal, Fauldhouse were reduced to ten men when their keeper received two bookings, again for comments to the referee.