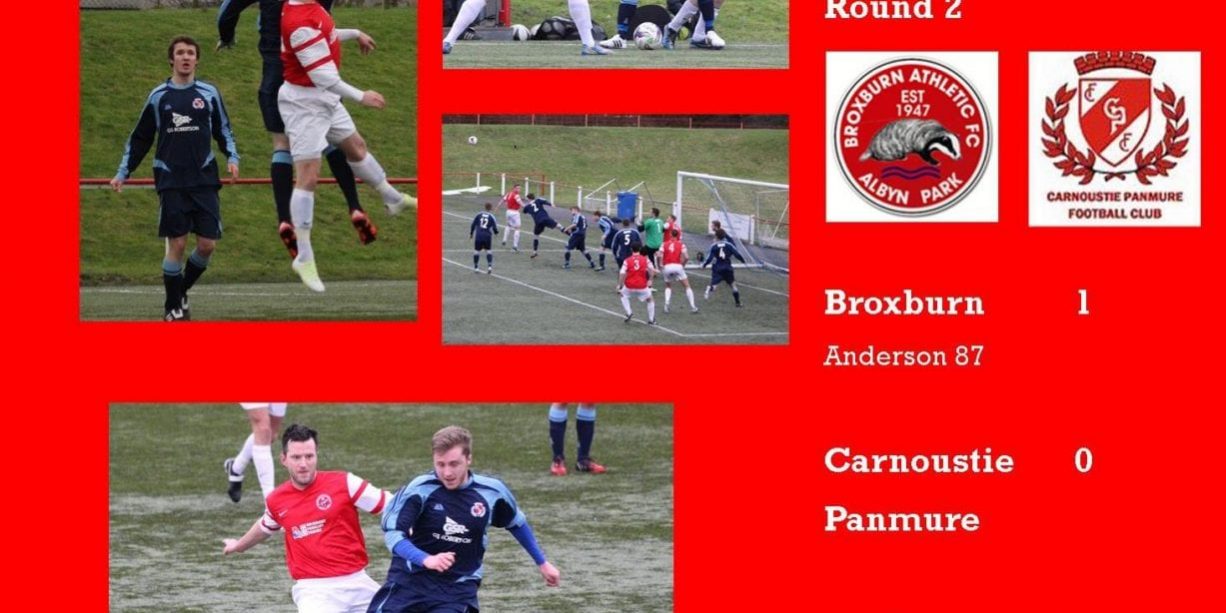 A contentious late goal from Broxburn’s Kieran Anderson was enough to mean defeat for Carnoustie and an exit from the DJ Laing East Of Scotland Cup.

Carnoustie had battled well for 88 minutes and particularly in the second half dominated large periods, however, it counted for nothing as Alan McSkimmings men failed to take advantage of their pressure and were hot with a sucker punch with two minutes to go.

It was a controversial end to the game as Anderson, who had joined Broxburn from Bo’ness United in the summer appeared to be a distance offside but the nearside linesmans flag stayed down, Anderson continued before slamming the ball past the onrushing MacPherson to secure a win they scarcely deserved and a place in the next round.

McSkimming told us after the game ” I felt today was a bit of a missed opportunity to progress. We performed very well in the first half and dominated the second. The only downside was the goal, it came out of nothing and took a slight deflection on its way in which is tough to take after being in full control. Overall I was delighted with the performance and especially the football we played.”.