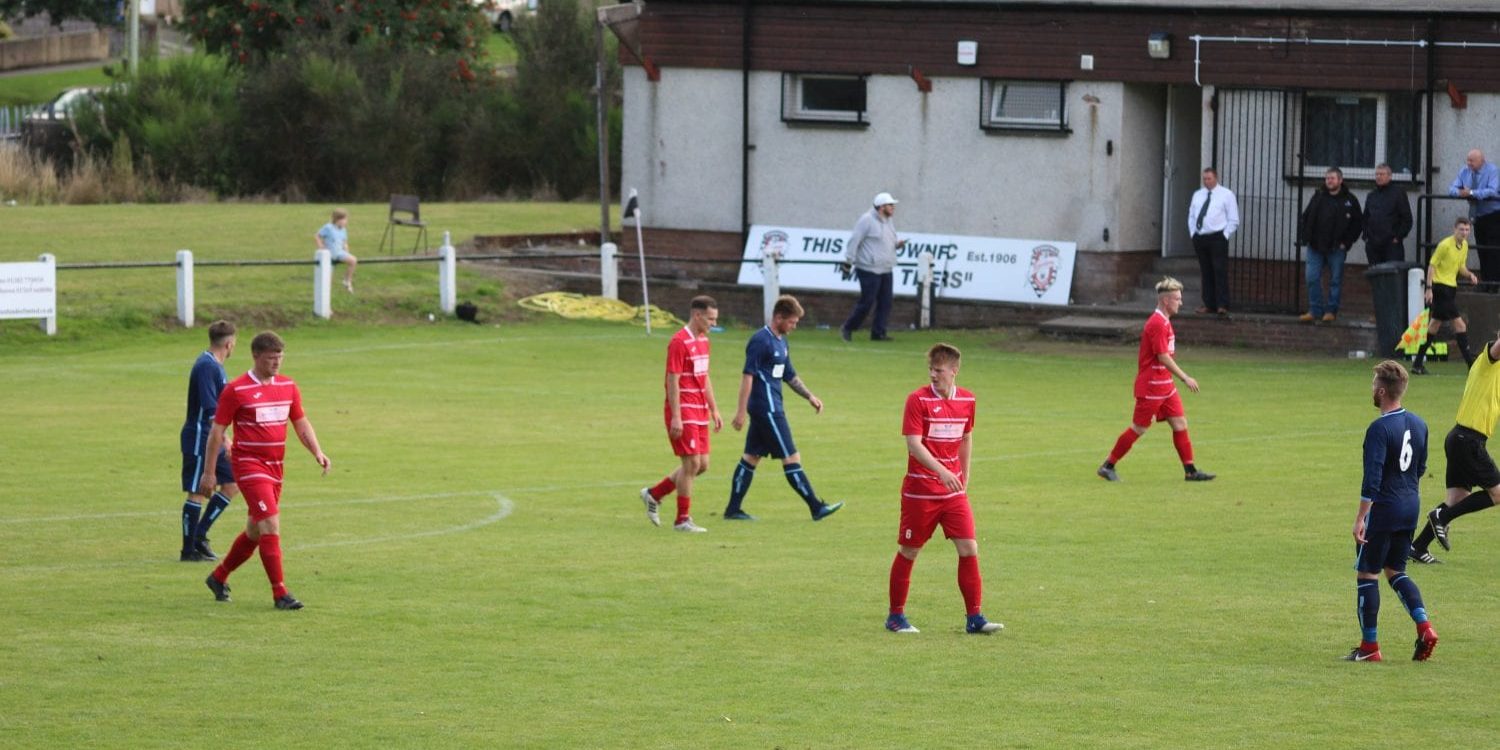 For the second week running Carnoustie came up against a goalkeeper in form as they lost 1-0 to Downfield at Downfield Park.

Manager Alan McSkimming was forced in to changes with Paddy Conway failing to recover from a calf strain, which included the return of skipper Steven Cook in the right back slot with Derek Paterson partnering Ewan Buggins in the middle, Robert Urquhart came in for Michael Cruickshank with Sam Simpson moving over to the left.

The first half was a pretty even affair in terms of possession but Carnoustie edged it in terms of chances with Darren Clarkson the busier of the two keepers.

The second half was only 90 seconds old when Carnoustie lost possession on the edge of the Downfield box and the homeside broke quickly, Ewan Buggins missed his tackle on the half way line and was effectively out of the move, the ball was moved to Ross Gallacher on the left and he placed the ball over Jamie Robbie and in to the far side of the net to put Downfield in front. Carnoustie were given a chance to get back in to the game in 66 minutes, a shot from Robert Urquhart was deflected goal bound and with Clarkson beaten Bryan Duell blocked the ball with his hand, Referee Chris Fordyce pointed to the spot and sent Duell off in his first game back after suspension. The drama was far from over as firstly Clarkson made a great save to keep out Sam Simpson’s penalty and when the ball went out of play Grant Miller was sent from the dugout for arguing with the Assistant Referee that Duell was still walking to the dressing room when the kick was taken. Carnoustie tried to get back in to the game but couldn’t find the cutting edge in the attacking third to get past a well drilled Downfield defence.