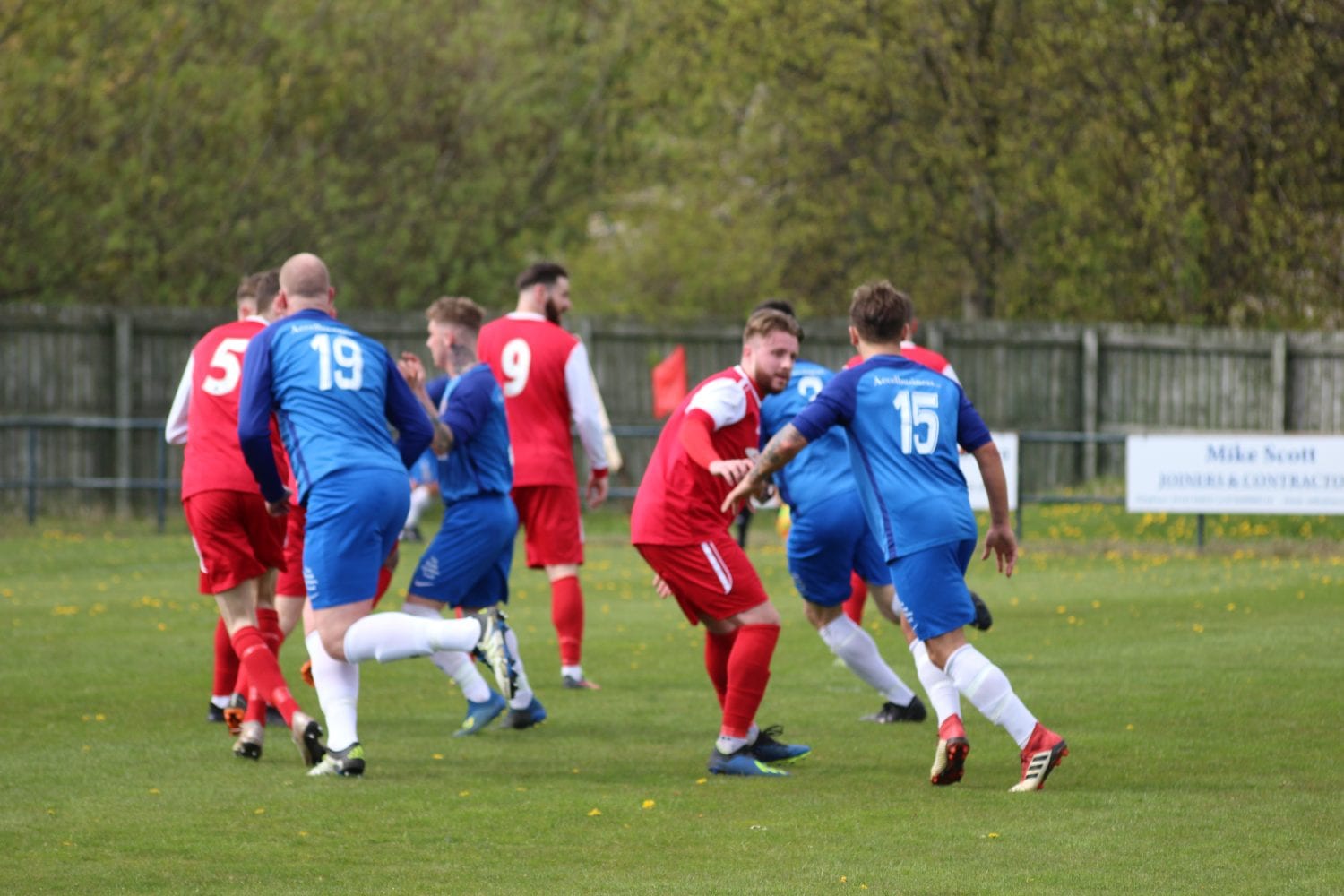 Lochee United took a further step towards the Super League title with a 4-0 victory over Carnoustie at Laing Park, however, an error by an official was the major talking point.

Gowfers boss Phil McGuire was forced in to changes to the side that had drawn with Downfield in midweek, Gordon Macdonald was unavailable, while Paddy Conway had succumbed to a fractured hip sustained at Thornton, then in the warm up Jake Mair pulled up to add to the managers problems, coming in to the starting eleven were Jamie McCabe, Bruce Hearn and Pat Martin.
Both sides started well and had chances to take the lead early on, Sam saw an effort end on the top of the net while a Danny Cavanagh effort rose high over the bar. Both sides were committed with several full blooded challenges going in, the visitors broke the deadlock on 33 minutes, Grant Lawson turned Michael Cruickshank on Bailey Steel before crossing the ball, the cross was left for Jamie Robbie by Harvey Dailly but The Gowfers keeper left the ball for Dailly and it crept in at the back post. Two minutes later it was 2-0, Conor Birse played the ball through for Lawson who had left Dailly wanting before lobbing the advancing Robbie to double the lead. Carnoustie weren’t out of it and right on half time Lochee keeper, Jordan Millar, pulled off a wonder save to deny a Ryan Dignan effort that was arrowing for the top corner.

Carnoustie started the second half better and forced the visitors back Pat Martin and Sam Simpson had chances to pull a goal back within the first ten minutes before Dignan was once again denied by Millar on the hour. The game turned on a decision on 65 minutes, a long ball was chased by Danny Cavanagh and was running through to Jamie Robbie, the Gowfers keeper was aware of the edge of his box, caught the ball and quickly released it to Michael Cruickshank, however, the Assistant on the near side had his flag up and after the referee had consulted him, Robbie was shown a ridiculous yellow card for supposed handball outside the area. Dougie Cameron stood over the free kick and then increased the Carnoustie anger when he rifled the free kick in to the corner of the net to make it 3-0. With ten minutes remaining, another long ball saw Birse race clear and the striker clipped the ball past Robbie and in off the far post.

The visitors deserved their win and will be thoroughly deserving of their title when they are eventually crowned, however, the handball decision was just ridiculous, as the video footage and still photographs showed after the game.