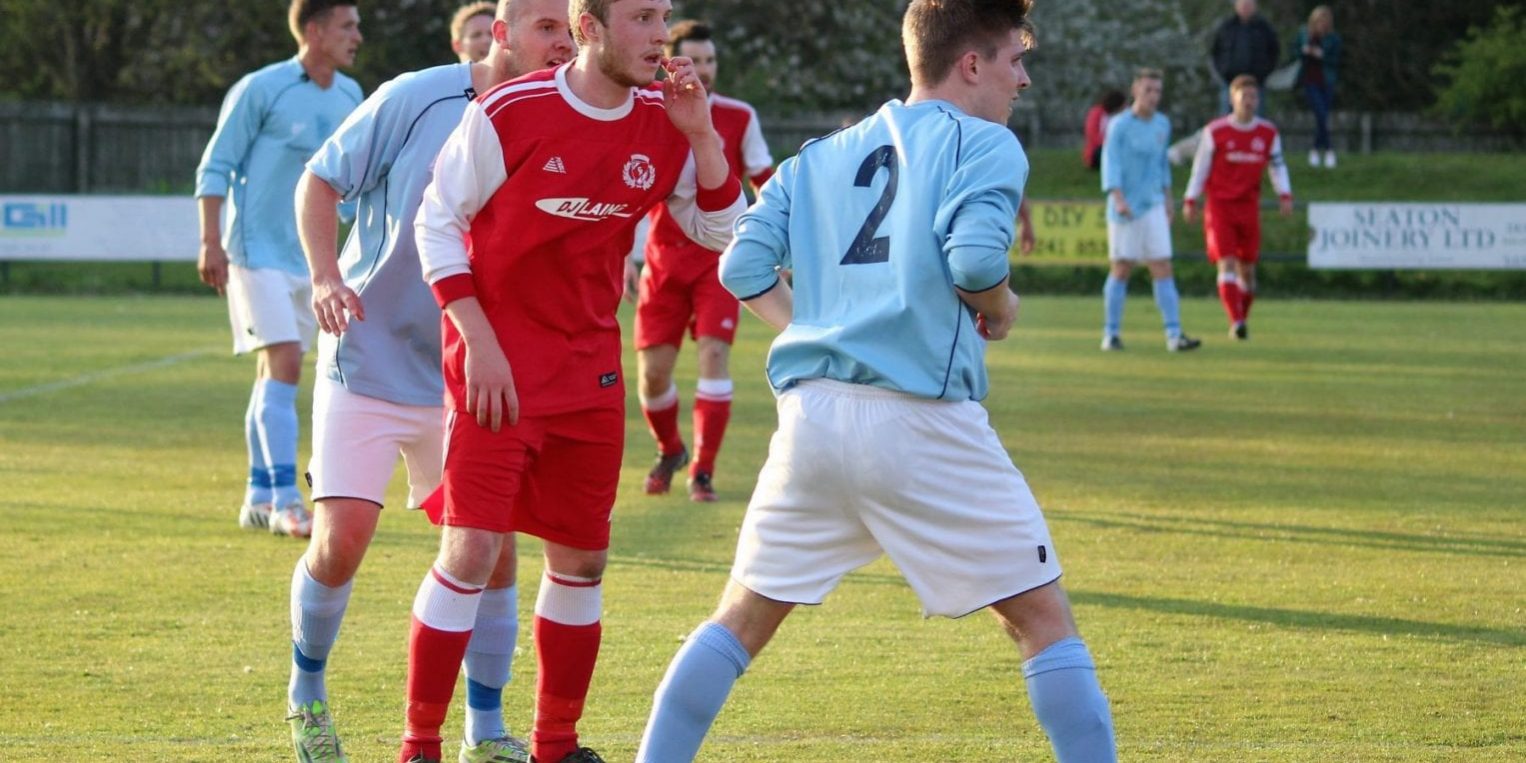 Carnoustie let slip an early lead at Laing Park as a make shift Hill of Beath side came from behind  to win 2-1 and push the homeside deeper in to relegation problems.

Carnoustie started brightly and took the lead on 8 minutes in controversial circumstances. Referee Greg Soutar had already spoken to players about pushing in the box at a corner and had no hesitation in pointing to the spot when Pat Smith was pushed to the ground. Jamie McCabe ignored the protestations of the Hill of Beath players to send Stuart Hall the wrong way and out Carnoustie in front. It wasn’t to be the last time that the referee was involved controversy.

Hill Of Beath came out for the second half determined to right the wrong from the first half and were on top for the majority off the half as Carnoustie failed to really test the Haws keeper. It was no surprise when the visitors took the lead but once more it was amid controversy. A Carnoustie clearance hit the referee whose deflection played the ball to Adam Moffat, instead of stopping play for a drop ball, the official waved play on and Moffat slipped the ball past Alan Cormack to draw Hill of Beath lesson. The Fife side took the lead on 69 minutes, with a Hill Of Beath attacker seemingly going away from goal and with Luke McGeehan looking to have the situation under control, Cormack misjudged a challenge for the ball and gave the referee little choice than award another penalty. Moffat was the man once again and slotted the spot kick past Cormack.

The makeshift visitors were in no mood to relinquish their lead and stood firm to take the three points  and increase the pressure on Carnoustie, whose next two games are at home to Champions Elect Bonnyrigg Rose on Saturday and away to Linlithgow Rose on Monday.