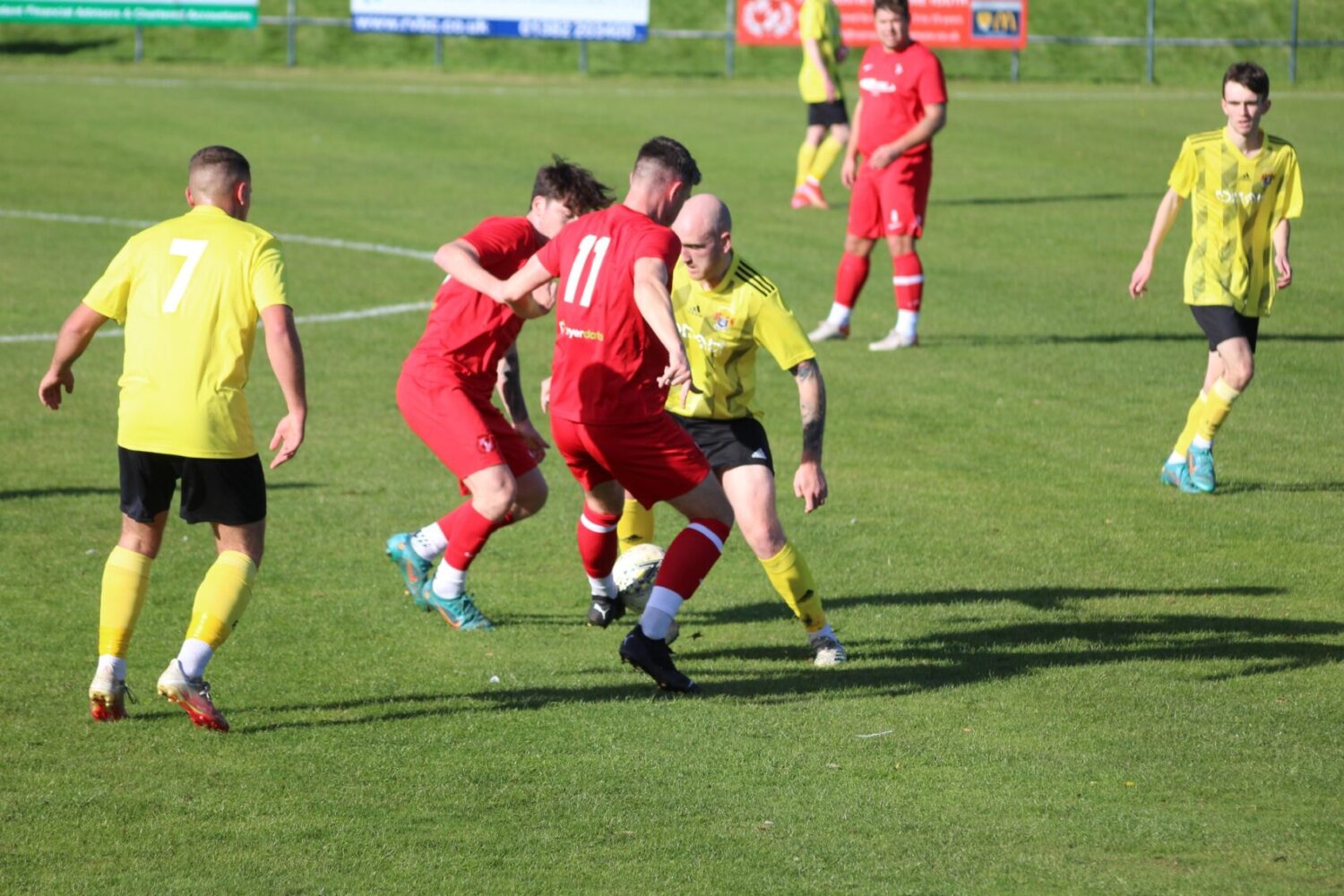 Carnoustie welcomed Forfar United to Laing Park in the Quest Precision Engineering Cup Second Round last weekend, in the fixture that was postponed following the passing of Queen Elizabeth II

Pat Martin missed the game through injury but otherwise Phil McGuire had a full squad available for the game. The manager made two changes to the side that had beaten West Calder United in the Scottish Junior Cup, Louis Joyce and Ryan Suttie returned to the starting XI with Kieran McWalter and Gordon Macdonald dropping to the bench.

Carnoustie had the first attempt on goal after four minutes when Jamie Winter found Sam Simpson on the right and his early cross was met by Dale Reid, but he couldn’t finish with any force. On 15 minutes Jamie Winter received the ball in the middle of the park from Ryan Suttie and with no Forfar defender closing him down, stung the fingers of Jack Shaw in the visitor’s goal as he turned his shot over the bar. The Gowfers were dominating possession and took a deserved lead on 22 minutes, Ryan Dignan and Louis Joyce battled to win the ball on the left before Ross Fraser was set free and Dignan raced into the box to meet the wingers cross from the edge of the six-yard box. Five minutes later it should have been two as Sam Simpson climbed well at the back post to meet another Fraser cross but saw his header go inches wide. The Gowfers had further chances to add to their lead before the break but had to be content with a 1-0 lead as the referee blew for half time.

The visitors started the second half well and it needed a brilliant goal-line clearance from Ryan Roche to maintain Carnoustie’s lead on 50 minutes but four minutes later United were level and what a goal it was. A free kick from Shaw was won by Winter but his header found a Forfar shirt, Connor Birse passed the ball to the right before receiving the ball back and volleying it into the top corner of Jamie Robbie’s net from 25 yards. Shaw had to be quick off his line on 56 minutes to block a shot from Dale Reid, but the Carnoustie lead was restored on 63 minutes. A great ball into the box from Fraser was cleared behind for a Gowfers corner and Ryan Roche rose superbly at the back post to head home Winters corner kick. Carnoustie continued to press, looking to kill of the game and Winter saw a long-range effort deflected wide on 66 minutes and from the resultant corner Roche saw his header go inches over the bar. Forfar United threatened occasionally on the break but Jamie Robbie was rarely called into action and when the visitors were reduced to ten men on 88 minutes when Josh Gordon was shown a second yellow card it was effectively game over for the visitors and Carnoustie managed the last few minutes well to ensure their progress into the Third Round and a tie against a side from the North Region.