NO FINAL FOR CARNOUSTIE 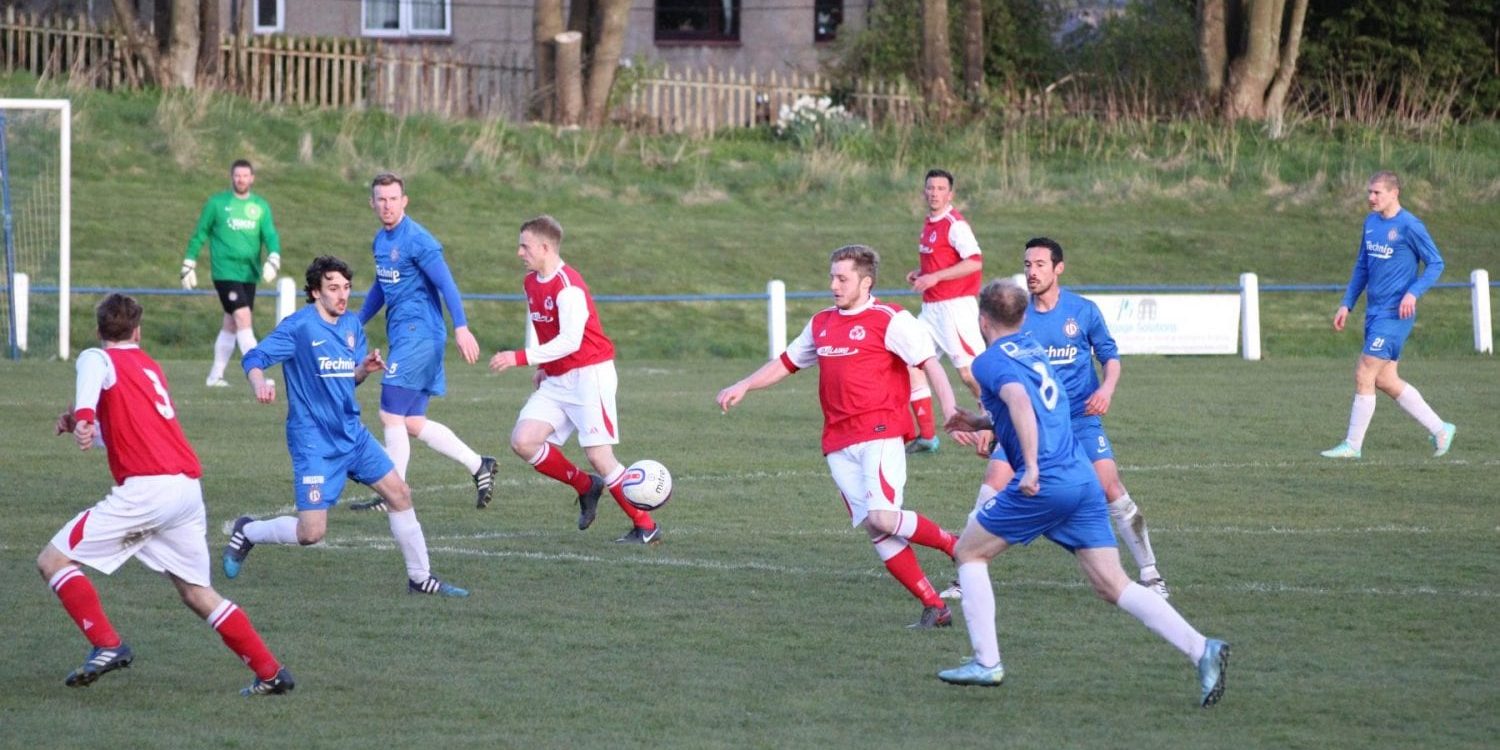 Carnoustie Panmure went out at the Semi Final stage of the GA Engineering Cup after a 3-0 defeat at the hands of Premier League side Lochee United at Thomson Park.

Panmure boss Alan McSkimming was able to welcome back John Roberts after suspension and injury, he replaced Marc Scott who will miss the rest of the season following damaging a hamstring against Fauldhouse on Saturday. Roberts return meant that Steven Cook moved to left back and Luke McGeehan to right back. Gordan Macdonald took up a place on the left side of midfield.

The homeside started well and should have taken the lead on 6 minutes but Kirk put Ritchie’s free kick wide. Scott Gray tried a curling shot on 7 minutes but his effort went behind.  The Lochee defence had to be on their toes to deal with a vicious McIlravey cross on 12 minutes. The homeside took the lead on 15 minutes, a long ball through to Birse wasn’t dealt with by the Carnoustie defence and the Lochee men went on to slip the ball past Macpherson and in to the net. It should have been two just a minute later when Hay met a corner with a header but saw his effort go over the bar. Percy passed up[ a golden chance on 32 minutes when he blazed his shot over the bar with only Macpherson to beat. The visitors almost equalised on 37 minutes after the ball pinged round the Lochee penalty area and no less than 5 shots on goal were blocked. Carnoustie should have been level just before the break when Cook met a McIlravey corner with a bullet header but saw it go wide with Fotheringham beaten.

Carnoustie had an early chance in the second half, a McIlravey corner found Roche at the near popst but the defenders shot was cleared off the line. A good ball to McIlravey ended with the winger blazing his shot over the bar on the hour as the home defence struggled to deal with substitute, Sam Simpsons pace. In the space of 30 second a glancing header from Cook went narrowly wide and a Danny Miller effort hit the side netting. Lochee put clear daylight between them and the visitors on 71 minutes when Chris Tawse headed home from a  corner. Carnoustie desperately tried to get back in to the game but couldn’t breakdown a well organised Lochee side. The nearest Panmure got was an 80th minute when a Simpson cross came back of the junction of post and bar. Lochee completed victory and secured their place in the final against Jeanfield when Birse held of Roche before shooting past Macpherson.

A disappointing performance from the Super League side, on a disappointing night for the supporters that travelled from Carnoustie.